Donald Trump Mocked by his Favorite Athlete at the White House

Things aren’t going very well for Donald Trump at the moment, and on Tuesday, they just got a bit worse. One of Trump’s favorite athletes paid a visit to the White House, where trump no longer lives. The reason was the Super Bowl celebrations, and one that Trump probably loved he could attend as POTUS. If he was there, no one would probably laugh.

The man who joked at Donald’s expense was no other than Tom Brady. The former New England Patriots quarterback was at the white house to celebrate his latest achievement. In February his Tampa Bay Buccaneers beat Kansas City Chiefs for yet another Lombardi trophy in his career. Instead of Trump, the team celebrated with Joe Biden. 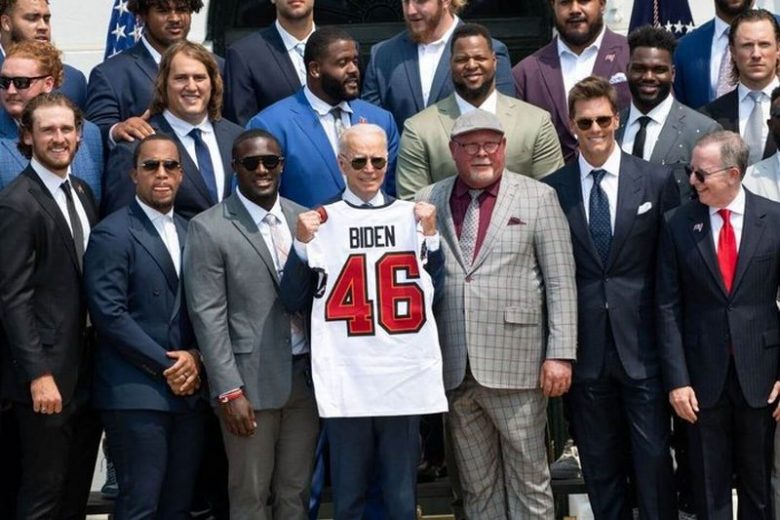 Brady, a funny man himself, who is known for taking things for a joke ride on Twitter, joked about Trump’s election result. Talking about his team’s result he said: “Not a lot of people think that we could have won. In fact, I think about 40% of people still don’t think we won. You understand that, Mr. President?” Biden responded with: “I understand that.” Both men and everyone involved proceeded to have a laugh.

While the White House was full of laughs, we are sure that one man didn’t laugh – Donald Trump. It is well documented that Trump is a big fan of Tom Brady, and in the past, the two men even spent some time together. At one point, Brady was even close to dating Ivanka Trump. While he was a member of the Patriots, Trump tweeted about their 2017 success: “What an amazing comeback and win by the Patriots. Tom Brady, Bob Kraft, and Coach B are total winners. Wow!”

If we rewind things even more, in 2015, Mr. Trump was even happier for their achievements: “Congratulations to Tom Brady on yet another great victory- Tom is my friend and a total winner!” Donald insisted that the two are friends even as far as in 2014: “Tom Brady is a good friend of mine, a great player, a great guy, and a total winner! Fantastic comeback win-this is what our country needs!” You must be getting an idea of how big of friends they are, at least in Trump’s view of the matters. 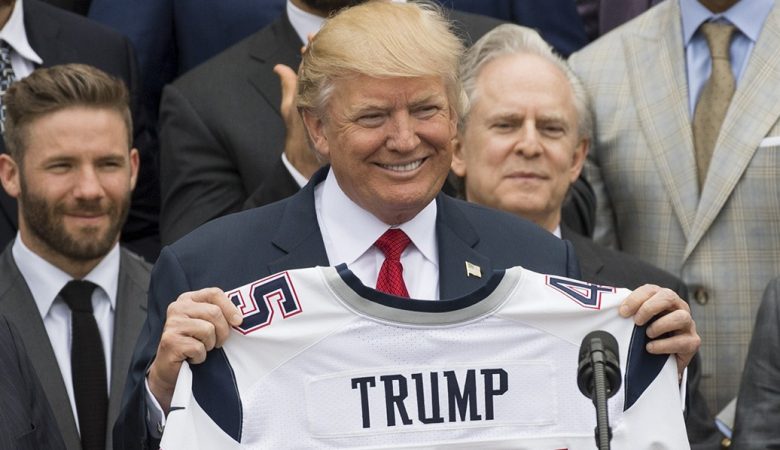 But, in Trump’s defense, the famed athlete did support him back in 2016. He even confirmed their friendly relationship. But, only a few years later during an interview with Howard Stern, Brady backed down: “The whole political aspect came, and I think I got brought into a lot of those things because it was so polarizing around the election time. It was uncomfortable for me. You can’t undo things — not that I would undo a friendship — but the political support is totally different than the support of a friend.”

As we can see their relationship did deteriorate, and it is hard to tell where they stand now. Knowing Donald, these comments are not going to sit well with him, considering how much he still talks about the election results. Furthermore, he would probably be unhappy that it wasn’t him meeting and greeting Brady in the Oval Office. The sweet exchange between Biden and Tom will probably only add oil to the fire.