POLITICAL FLARE – 03/05/2020: Trump’s are not your regular American family. They are billionaires and also obsessed with Twitter. A day doesn’t pass without a tweet from a Trump. This time we’ll talk about Donald Trump Jr and his latest tweet.

Don Jr decided, in a manner of his father, to attack a political rival. After Joe Biden started getting momentum after Super Tuesday win, Donald Trump, the President, launched a tirade of attacks in his direction. Donald Jr also fired shots, but he aimed at Joe Biden’s son, Hunter Biden. 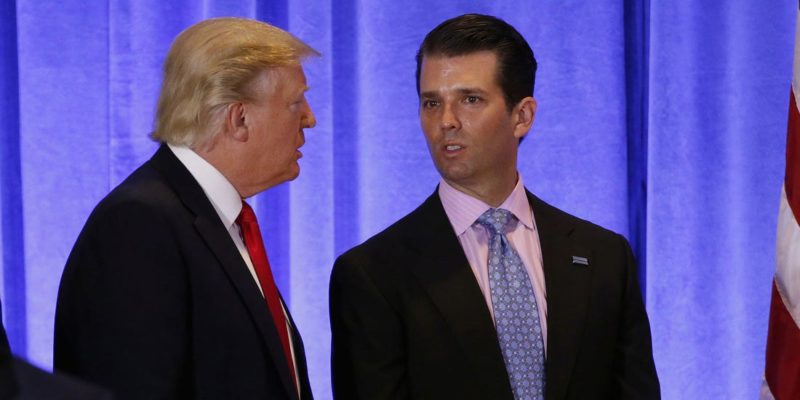 Hunter was accused of nepotism by Don Jr after he applied for a teaching job at UCLA. What annoyed Donald Trump Jr was the fact that Hunter Biden cited his family connections in his application. This is not something out of the ordinary, it’s just that Biden has links, and anyone with such connections would do the same.

Don Jr tweeted: “It’s almost like the whole Biden family is entity dependent on Joe holding public office?” But, he’s getting things wrong here. Joe Biden isn’t in the office. Hunter Henry is paving his own road. It’s not like he’s waiting for his father to become President to find a job.

In the end, no one from the Trump family shouldn’t talk about nepotism. Ivanka Trump is holding a job in the White House. A job she’s not qualified to do. The only reason she’s there is because Donald Trump is the President. This situation is a significant conflict of interest; no one is talking about it only because the President’s daughter is in question.

Donald Trump Jr should think twice before he opens his mouth. A man who is employed by his father. Without Donald Sr, Don Jr would be a regular Joe. Furthermore, campaigning for your father is not a real job, and that’s what Don Jr is doing at the moment.

Melania Isn’t as Nearly Worried About Coronavirus as Donald Is