CNN – 02/29/2020: Donald Trump doesn’t need to worry about his legacy. Don Jr will be there to continue it, maybe even better than him. Donald Trump Jr is proving himself to be even more capable of making controversial statements than his father.

Don Jr was guesting at Fox&Friends on Friday morning, where he made outrageous comments about November elections, Democrats, and coronavirus. Donald Trump’s eldest son was asked if he’s surprised how the Democrats are commenting on Donald Trump’s handling of the named virus. 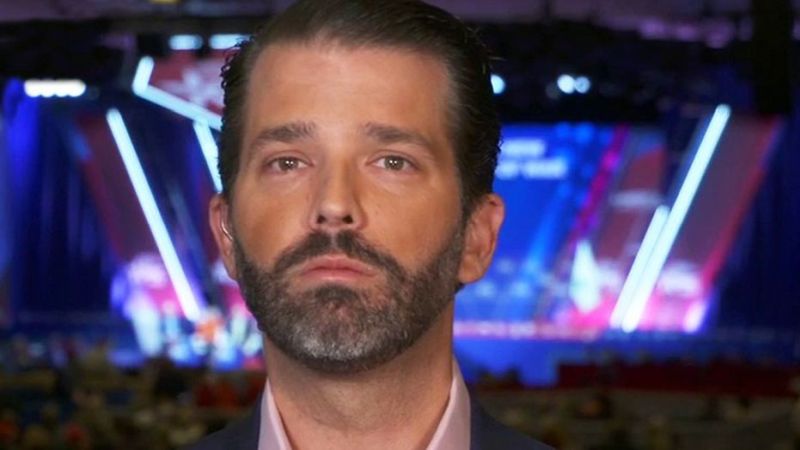 Don Jr stated that he was surprised that Democrats are ready to: “take a pandemic and seemingly hope that it comes here, and kills millions of people so that they could end Donald Trump’s streak of winning, is a new level of sickness. You know, I don’t know if this is coronavirus or Trump derangement syndrome, but these people are infected badly.”

Of course, this couldn’t be further from the truth. No one wants to see coronavirus pandemic in the US. It is a matter of the fact that Donald Trump is handling the situation poorly. From a political stance, the outbreak of this virus would be bad for Donald Trump’s chances of being reelected. But, no one would change hundreds of US lives for a presidency, and Don Jr is wrong to accuse Democrats of it.

Donald Trump Jr has been making strides in his father’s campaign as of late. He’s becoming an essential part of Trump’s 2022 presidential bid. Some Trump supporters even chanted forty-six when he was on stage during Trump’s rallies. So, someone who has aspirations of running for office should be more careful when making statements like this.

Not only that, they are deprived of logic, but they can be dangerous if someone takes them seriously. Considering what kind of supporters Donald Trump has, anything can happen.

Madonna Spotted With a Walking Stick