Donald Trump Isn’t Doing Any Favors to His Reelection Bid

The way things stand now, Donald Trump is rapidly losing interest in coronavirus pandemic. What’s worse, the US economy is crippled, and POTUS has no plan of resurrecting it. At the moment, President Trump wishes for everything to end well rather than working on getting things right. 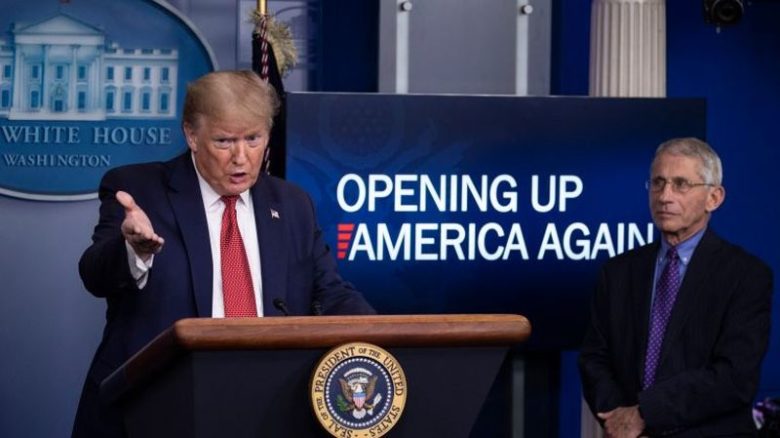 The way pandemic is moving right now; it won’t affect the election. By this, we mean that it will not postpone the 2022 general vote. With his antics and behavior, POTUS is giving us a clear signal on what’s the win against the virus for him; It’s getting reelected. For Donald Trump, another term in the Oval Office will heal all wounds.

All Trump critics agree on this. His moves to fire up the economy, disregarding human life in the process, sign that he wants reelection. But, this could end up in disaster if the reopening happens too early. If getting people back to work creates more COVID-19 related deaths, it will backfire on President Trump.

Whatever the final result is, Trump is momentarily struggling both with coronavirus and with the economy. But, despite this, he still enjoys being President. The part where everybody listens to what he has to say at press conferences and write on Twitter.

Donald Trump loves the spotlight and to be in it for whatever the reason might be; he’s prepared to lie and make up. You probably heard about “Obamagate.” It’s his latest exhaust valve. But, for someone desperate for reelection, Trump isn’t doing an outstanding job. He’s moving away from this goal, and the November couldn’t come any faster.