There were no recent developments in the US and North Korea nuclear talks. During a Tuesday interview, President Donald Trump said that he expects nothing new on the subject. He only added that instead of a missile launch, he is hoping to receive a beautiful vase as a Christmas gift from Kim Jong Un.

This statement from Trump comes after North Korean President threatened that America could receive a “Christmas Gift” if they don’t pull the sanctions on NK by the end of 2019.

Talking to reporters outside of his Mar-a-Lago resort on Christmas Eve, Donald Trump said that his subordinates are working on finding out what this “Christmas Gift” from North Korea might be. He assured everyone that they would promptly fond out and respond adequately. 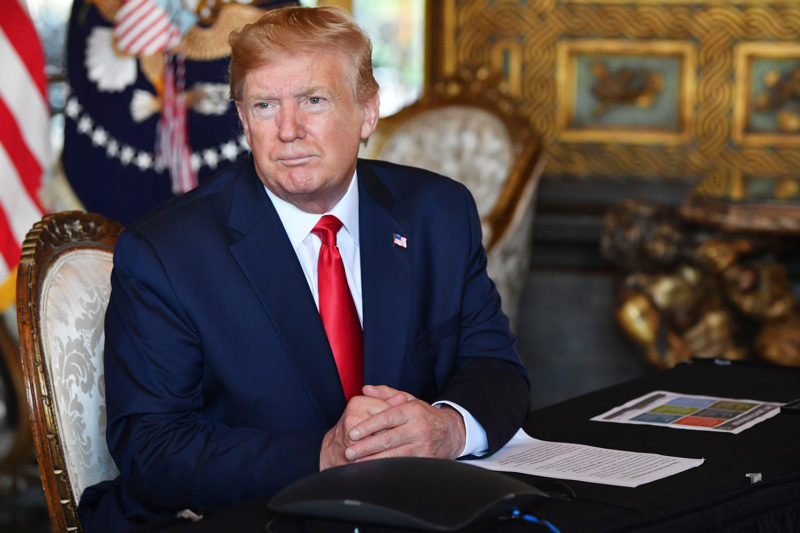 President continued by saying that a lot of people are looking to surprise him and that Kim is no different. He will wait to see what this surprise is, and when that time comes, he will handle it along with his other obligations. Trump finds Kim’s threat amusing as the president continued by saying that it is more likely that he will receive a beautiful vase instead of a missile launch. Trump added that he expects a lovely gift from Jong Un, but that he doesn’t know what it might be.
Read Also: What Kim Jong-un Eats
For all of you not familiar with the situation, earlier this month, North Korea warned the US that they could choose what gift to receive. This warning came after their deadline set for the end of this year for ending sanctions on NK was not responded to by the US government.

These talks were on hold ever since February. It was expected that the two countries would come to an agreement during the Hanoi, Vietnam summit. But, after the summit, the talks collapsed, and no deal was made. The two countries are in a stalemate for months with no solution on the horizon. Hence the threats. It remains to be seen who will make the next move.