Donald Trump Gets Compared to Jesus by Chris Harris

POLITIC FLARE – 02/06/2020: Everything can happen in the US. One guest at Fox News compared Donald Trump with Jesus. You can’t get past this. Chris Harris did it, comparing Trump with Jesus when asked about how Afro-Americans feel about Donald Trump.

According to Harris, the life in the US is as good as it would be if Jesus walked the Earth today. He claims that life is excellent for every individual alive in America. Harris told that even the Democrats should be happy with Trump’s presidency as it was never better than it’s now. 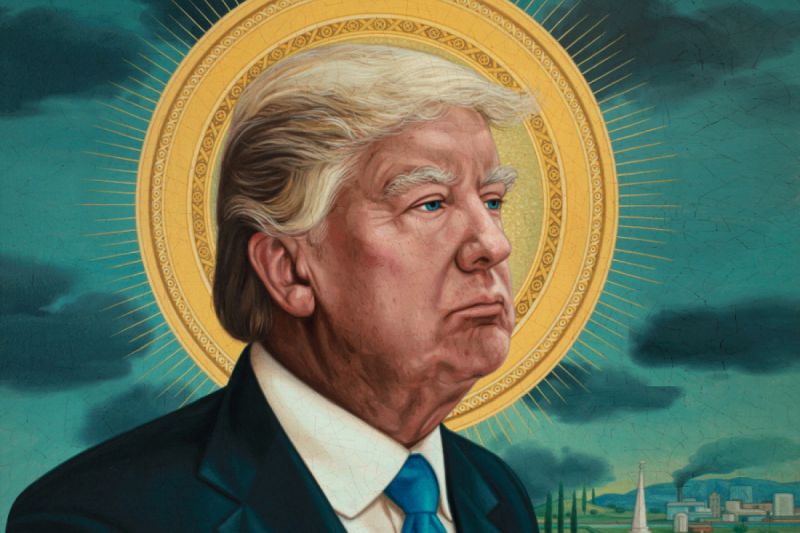 Trump has made the nation peaceful, and prosperous stated Harris. It’s not often that a President, of any country, gets compared to Jesus. But, if you are a frequent viewer of Fox News, then you know that this is not the first time Donald Trump gets compared to Jesus. While this usually would be interpreted as blasphemous, it seems that it doesn’t bother the Christian hosts.

Read Also: Should Melania Trump be Deported Back to Slovenia?

When we look at it, no one seems to pay attention to this fact. Donald Trump has made some good things to the US during his term, but it’s not as good to be calling him a god. Unfortunately, we have news and television mediums that are too fond of him. Because of this, he gets labeled whatever he wants.

Every President should be praised for everything good he brings to the country. But, the same way he should be criticized and judged for all wrong moves. If you only watch Fox News, you will get the impression that Trump hasn’t made a wrong move since entering the office. This can’t be true, and we should be the ones to speak up and point to errors.

Frequent Fox guest credits the Trump administration for "probably three of the greatest years since maybe Jesus walked the Earth with His ministry." pic.twitter.com/wcKn4m7Eej

So, if we manage to be realistic, maybe, one day in the future, when Trump does good or bad, he won’t be treated as a God but won’t be judged as a sinner.