HOLLYWOOD LIFE – 02/07/2020: All is going great for President Donald Trump. The President was acquitted on both charges that could impeach him. Senate voted, and it turned out POTUS has their support. He was in high spirits after hearing the news, but it seems his wife Melania Trump didn’t share his feelings.

When the 45th US President tried to kiss his wife, she didn’t quite respond. Trump’s celebrations were cut short when the First Lady turned her cheek instead of kissing him on the lips. Unfortunately for Donald, the entire situation was caught on camera. The rumors that something is wrong in presidential marriage will continue to circle. 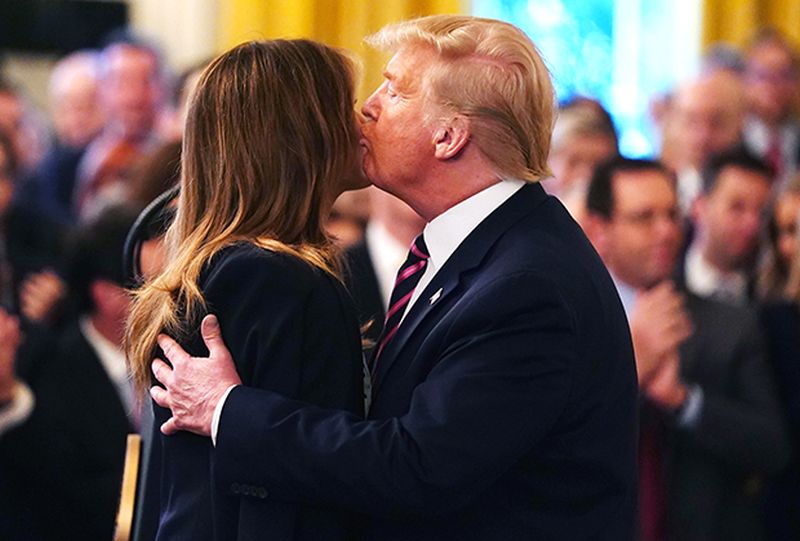 The moment was uncomfortable to watch as you could feel the awkwardness in the air when Melania turned her cheek. Luckily, Donald gathered his composure quickly and continued giving his speech. It seems he wasn’t shaken with Melania’s act as he mentioned her in the next few moments when addressing reporters.

President Trump was happy that the impeachment trial was over. He concluded that the entire process was phony and orchestrated by some not-good people. Because of that, he thanked his family for supporting him through his entire presidency and exceptionally through this hard period. He called out his son Barron Trump and his daughter Ivanka Trump by name, as both of them were present at the scene.

After months of speculations about Trump’s future and a couple of weeks of impeachment hearings and trial, it’s all finally over. While the two acts of impeachment were considered grave, the general opinion is that Trump didn’t do enough to be replaced as the President. Now that he’s acquitted, he can dedicate his time to his ongoing campaign and the upcoming elections, which are scheduled for November.

The momentum is now shifted in Trump’s direction as he’s more popular now than ever following the impeachment process.

Ice Cube’s Next Role Is a Sports Drama “Flint Strong”