ECONOTIMES – 03/22/2020: Barron Trump, the youngest son of President Donald Trump and Melania Trump, turned fourteen on Friday. The entire Trump family is in self-quarantine, so he didn’t go out to celebrate the big fourteen.

But, this didn’t stop his mother, the First Lady, to post a beautiful message on Twitter. He couldn’t have a regular birthday party, but his parents gave their best to make him feel loved. Well, at least one of them did. In addition to Melania, Donald Trump Jr and Tiffany Trump also wished him a happy B-Day by sharing their mutual photos. 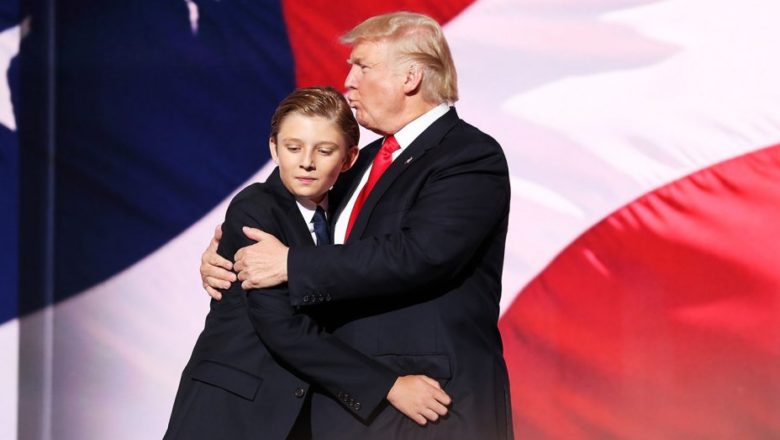 But, one member of the Trump family, the most important one, forgot all about Barron’s birthday. Yes, we are talking about Donald Trump. He might not actually forget his birthday; it’s just he didn’t congratulate him on social networks. At the moment, POTUS is dealing with coronavirus outbreak, which looks like it won’t go away any time soon.

But, despite having reasons for not greeting his son on Twitter or some other platform, netizens still decided to criticize the President. Twitter user @KidCigar wrote: “To be fair to Donald Trump, he wasn’t aware that Friday was Barron’s birthday.”

To be fair to Donald Trump, he wasn’t aware that Friday was Barron’s birthday. https://t.co/lpxnxnnKzi

@CraftWorkshopUK was even harsher with his tweet: “Barron’s father, President Donald Trump, has had his hands tied managing the public health crisis and has yet to wish his youngest son a happy birthday on social media. Barron’s father is also not practicing any sort of ‘social distancing.’”

"Barron’s father, President Donald Trump, has had his hands tied managing the public health crisis and has yet to wish his youngest son a happy birthday on social media."
Barron's father is also not practising any sort of "Social Distancing"

The fact that Donald Trump didn’t wish his youngest son a happy birthday will only strengthen the opinion that the two don’t have a deep relationship. It is evident that Barron is closer to Melania. POTUS himself referred to him as Melania’s son in one of his recent interviews.