EXPRESS – 01/11/2020: The news that Meghan Markle and Prince Harry are going to leave the Royal family leaves no one indifferent. The last ‘celebrity’ to comment on the subject was US President Donald Trump.

The announcement of this was made on Duke’s and Duchess’s official Instagram account. The shock-wave from this news spread across the planet. Everyone is commenting on it, and Donald Trump is no different. The couple will now spend half of their time in the United States, after all. 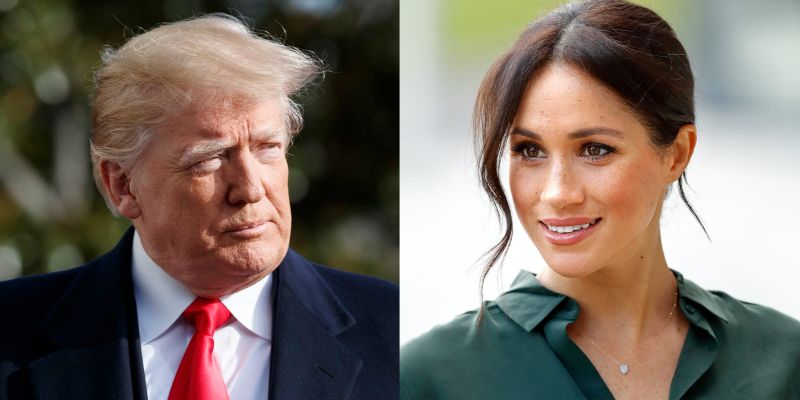 Despite leaving their life as Royals, they intend to keep their titles and Frogmore Cottage, which is located near Windsor.

President Trump commented on the subject while guesting on Fox News, in their program called The Ingraham Angle. Mr. Trump was asked what does he thinks of this development and the impact it will have on the Queen.

Donald Trump spoke highly of the Queen on numerous occasions. He is very fond of her, which can be attributed to his British born mother, who was in awe of the Queen. At the same time, Mr. President is not a big fan of Meghan Markle. In 2016, prior to Trump’s presidential win, Markle threatened to emigrate to Canada if Trump won the elections. This even prompted Trump to call her ‘nasty.’

It remains to be seen what will happen with Duke and Duchess of Sussex as their decision was not greeted with approval from other members of the Royal family.