THE MIX – 01/11/2020: It seems that Barbara Streisand doesn’t like Donald Trump too much. She yesterday used Twitter to bash on the President. The famous singer told her followers that she believes that Trump is obsessed with Barack Obama. But, it seems that she has a particular obsession of her own for Trump.

The 77-year-old singer was once famous for her hit songs. Now she seeks attention by tweeting about Donald Trump. Her most recent tweet points out Trump’s alleged obsession with former White House chief Obama. 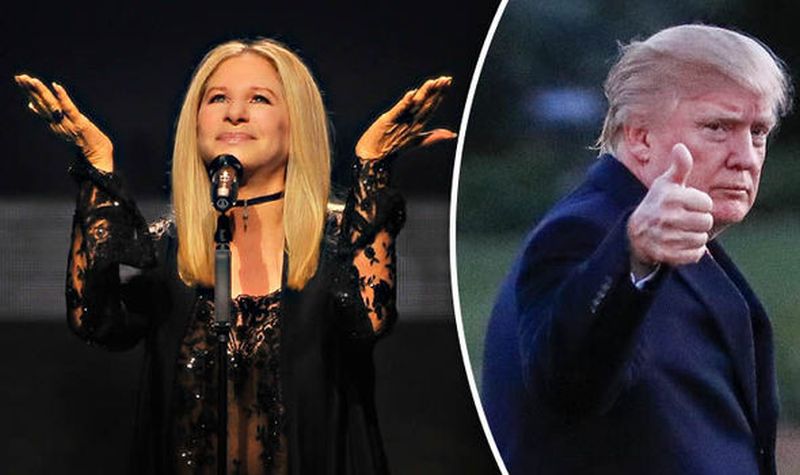 Her tweet came as a response to Trump’s claims that Obama gave Iran millions of dollars through the Iranian nuclear deal. POTUS claims that Iran used the funding to create its military arsenal. According to Trump, the missiles that bombarded the US soldiers were made thanks to Obama’s funds. These accusations were made in Trump’s interview with Washington Post.

Trump was precise in counting the money that was allegedly given to Iran. According to POTUS, Iran was given 150 billion dollars through aid. Another $1.8 billion was handed to them in cash. Trump believes that Iran should be grateful. Instead, they are chanting ‘death to America,’ said the President. Trump also added that most of those funds were used to fund terrorist cells through the Middle East in countries such as Syria, Yemen, Afghanistan, Iraq, and Lebanon.

Trump once again lies and obsesses about President Obama, whose legacy he’ll never live up to. Iran wasn’t given our money but sent their own frozen assets, and the amount is a fraction of what Trump claims. https://t.co/3YbCHdcj7e

Streisand is far from agreeing with Trump stating that all he said is a lie. Former singer believes that Trump is obsessed with Obama as he is far from reaching his legacy, and is even further from eclipsing it.

Just like Barbara Streisand, some Trump supporters also believe that POTUS is obsessed with Obama. But, they think it’s for all the right reasons. According to Trump loyalists, all Donald tried to do since entering the White House was undoing the harm that Barack Obama did to the US and making America great again.