ECONOTIMES – 02/13/2020: Donald Trump and his daughter Ivanka Trump don’t have an ordinary relationship. Most people agree that POTUS can get creepy when talking about his oldest daughter. The reason is that Trump often points out her beauty in a manner that sounds sexist.

During Trump’s presidential campaign, he was at Manchester, New Hampshire. There he called his daughter to the stand calling her beautiful in the process. But, he reiterated and stated that he’s not allowed to say such things because she is his daughter. 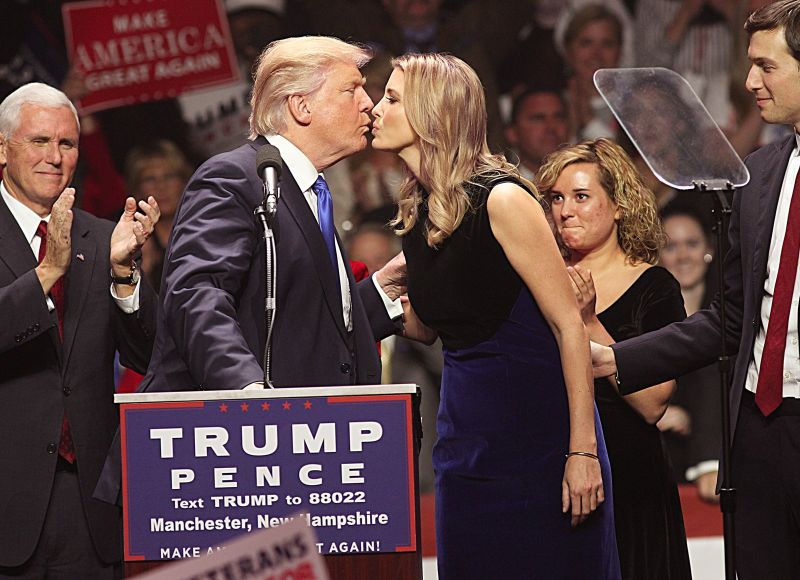 In the past, Donald Trump wasn’t careful what he speaks, so he had a couple of offensive comments regarding his daughter Ivanka Trump. In the past Trump had an alleged relationship with adult actress Stormy Daniels. She claims that POTUS often told her she’s just as beautiful as his daughter Ivanka.

One statement of his, probably the worst, came while he was a guest at “The Wendy Williams Show.” There she was asked what he and Ivanka have in common and what they like doing. Trump responded that they both love golf, real estate, and spending time in bed with members of the opposite gender.

At the same time, Trump is nowhere near impressed with his other daughter Tiffany Trump. He rarely speaks of her, and because of this, she’s known as Forgotten Trump. Rumors claim that the two are not close at all, especially after POTUS called her fat. This seems to be the reason why doesn’t want to pose for photos with her.

Donald Trump denied these allegations and stated that he loves Tiffany and that she’s an awesome girl.