Dodge Vehicles Even Dodge Forgot About

Dodge Brothers Company was the place where what we know today as Dodge started its journey. Their primary job at the time to construct spare parts or general parts for vehicles for other major companies. It is interesting to know that one of their customers was Ford itself. Despite being good at what they did, the time was right in 1914 to start making vehicles of their own. Unfortunately, their story didn’t have a happy ending as both brothers succumbed to Spanish flu in 1920 Dodge continued its journey in 1928 when Chrysler decided to purchase this company. Since then the company has its up and down even being at the summit of car manufacturing when the era of muscle cars was at its peak. Some of the models they launched became quite rare through the years, either due to low preservation or due to low production numbers. It is possible that even people in Dodge can’t recall some of these. Let’s see what they are.

The Dodge Coronet was a good car, and the company has nothing to be ashamed of when it comes to this model. The issues started when Dodge started to make R/T Hemi versions that didn’t bode well with regular customers. It was hard for people to get their minds about these cars when Dodge at the tie didn’t advertise it enough nor it was shipped to dealerships in needed quantities. In 1967 a car company of this magnitude made a strange move and only made two of these cars. Yes, that’s right only two units. Dodge continued this silly practice and launched a couple more of which only fourteen more till 1970. Not even a V8 with 425 horsepower could make them last longer. But, they go at a hefty price if you can get your hands on one, as one Coronet was sold for an amazing $305,000. 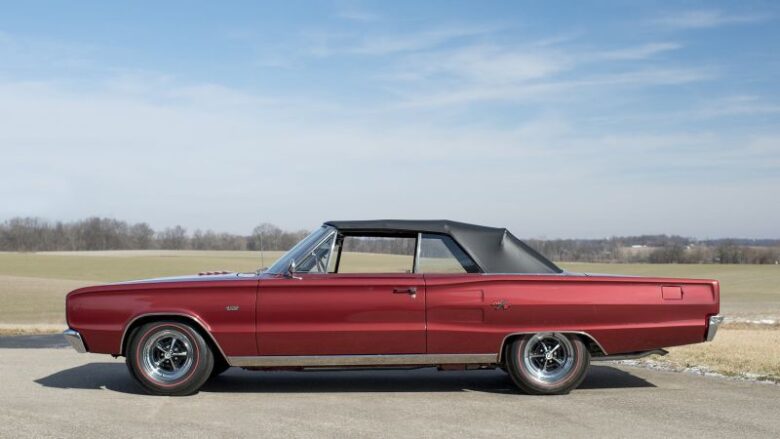 Charger 500 was what was there before Daytona entered through the main door. While people also recall the model from 1970. The one from 1969 came only in 500 pieces. This number was this specific due to a deal with Nascar. Back in the day, we had something that was called the aero wars, but that’s a whole another story. Because of these wars, we got ourselves different spoilers at the sides and the back and grilles upfront. The aim was to make even the road models more aerodynamic. Charger 500 was one of the first vehicles that benefited from these changes. It did help that it packed a 440 Magnum engine under the bonnet, which ran upon Torqueflite transmission. Out of the five hundred made, forty-six were packed with a 426 Hemi powerplant. While this model wasn’t a massive success on the racing track it did pave the way for the above-mentioned Daytona. While being a revolutionary vehicle even some of the biggest Dodge fans get this model from their minds. Despite it all, a model for eternity in its own right. 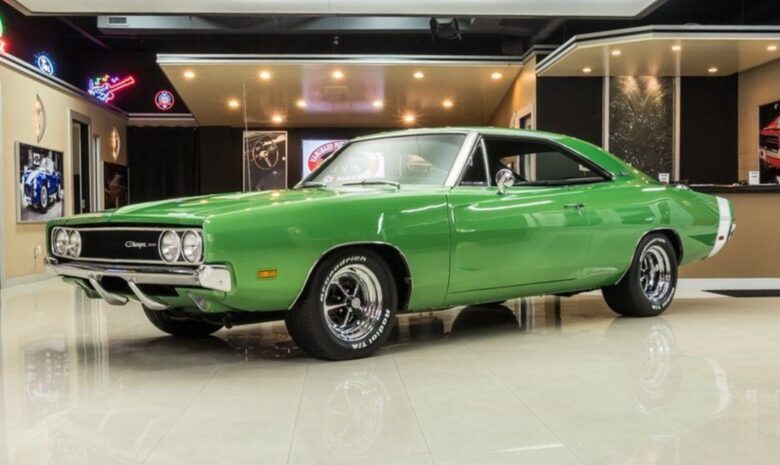 Here we come to the one that managed to make strides at the race track. The Dodge Charger Daytona built-in 1969 was quite long at 18 feet with an astonishing 18-inch nosecone and a record-breaking rear wing that spanned 23 inches in the air. It was an important addition to make the car closer to the earth and to pin it down at high speed. As you could guess it managed to be one of the most dominant vehicles at Nascar back when it was introduced. It even set a record for the vehicle that went fastest during a lap with 200 mph. After its initial success, it was offered to a broad audience through dealerships with two engine options. The first one was a 440 Magnum V8 that was equipped with 375 hp and 480 lb-ft of torque. The other option was a 426 Hemi unit capable of 425 horsepower and 490 lb-ft of torque. 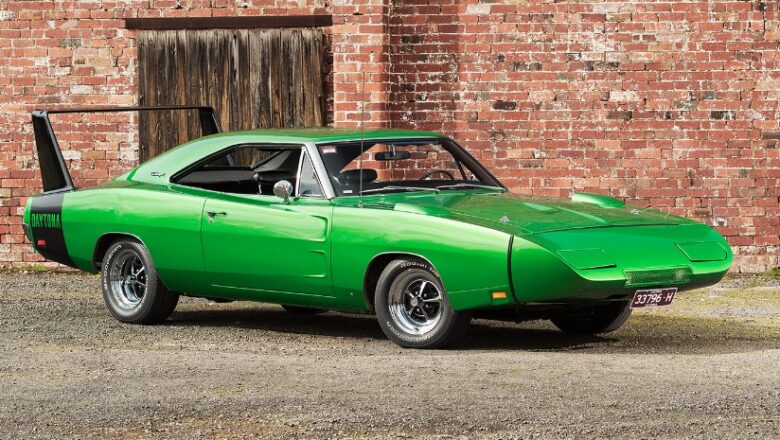 Today, we have Daytona as one of the most iconic models of its time, and it aged well among car enthusiasts. But, back in the day when it was contemporary, it didn’t sell well for Dodge as one would expect. Unlike the model above, this didn’t have a limited number of units for manufacture. But despite that, dodge only created a little above five hundred making it quite similar to Charger 500 in terms of production. The aerodynamics it had were amazing in terms of performance, but it didn’t make the car any prettier. 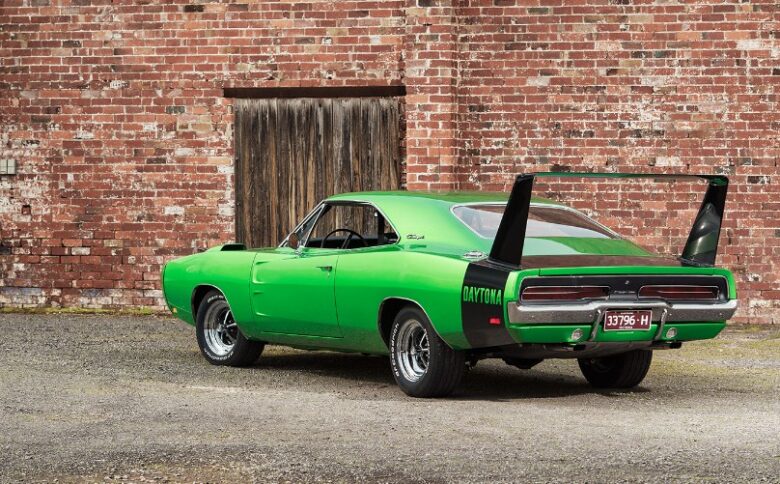 This is one unique model. You’ll know that’s the truth when you take a peek at the National Historic Vehicle Register. Yup, the Dodge known as The Black Ghost managed to enter the Library of Congress thanks to its rare specs. Its predecessor with whom it shares most parts the 1970 Dodge Challenger R/T isn’t a rare piece, but the one we’re talking about is. If you remember the days of street racing in Detroit you know a thing or two about The Ghost. The nickname is well deserved when you see the masterful paint-job in which it was painted. While these days all of us love to see black racing cars, back in the day it wasn’t a norm. So, it was easy for this Dodge to stand in the crowd. When you add the four-speed manual gearbox and Hurts shifter, things only get better. 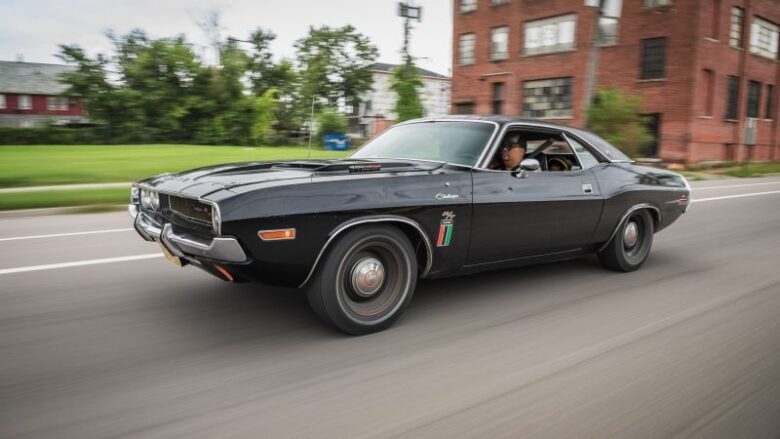 The original owner of the Black Ghost was a man named Godfrey Qualls who used it to tow his bikes. After he stopped using it, no one looked after it and it was left in a garage. The son of the original owner planned a restoration for years. In the end, he cast away the plans to restore it. Instead, he wants to keep the vehicle in its original state. Not a bad idea if you ask us. This car managed to make a name for itself, that it even has its documentary. You have it linked below, and be free to watch it, it is an interesting watch.

6 Reasons To Add Window Shutters To Your Home