Home News Did Donald Trump Leave Daytona 500 Before Start of the Race?
News

Did Donald Trump Leave Daytona 500 Before Start of the Race?

ECONOTIMES – 02/17/2020: Daytona 500 NASCAR race is arguably the biggest racing event in the United States. As such, it was attended by President Donald Trump and his wife, the First Lady Melania Trump. But, it seems POTUS didn’t pay it too much respect. Mr. Trump left the venue even before the race started.

The presidential couple arrived at Daytona in his Air Force One airplane. The crowd welcomed him and Melania with a standing ovation. Later they met with the drivers. POTUS was the one to signal to drivers to start their engines. He even took one lap on Daytona in his presidential limousine. 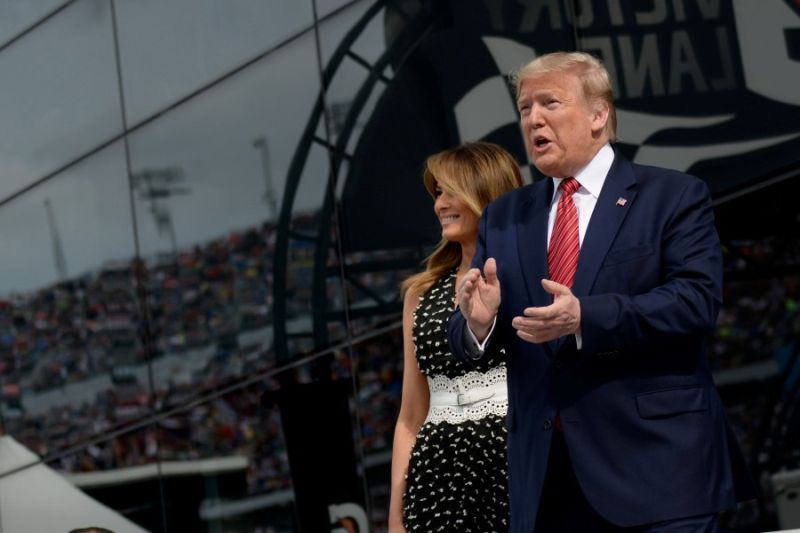 But, before the race started, reporter Jon Alba stated that the Air Force One was taking off from a runway near the racetrack. It wasn’t expected for the President to remain put during the entire course of the race. But he went too early. This is surprising as the President declared himself as a big fan of NASCAR racing during the 2016 presidential race.

Read Also: Donald Trump Shows Off His Beast at Daytona 500

One of his promises during the 2016 campaign was that he was going to build another NASCAR track. This didn’t happen yet. It’s either there are no funds for this or that POTUS disregarded it completely.

Social media users were quick to condemn Trump. The reason is understandable. Why did someone who claimed that he loves NASCAR left before the race started? It doesn’t matter that the man in question is President of the United States who runs on a busy schedule. Furthermore, people now believe that Donald Trump was in attendance at Daytona 500 to promote his campaign for November elections rather than for love for this sport.

Trump wasn’t the only one criticized for what happened at Daytona. His campaign manager Brad Parscale shared a photo of Air Force One over the track and crowded stands. The single issue was that the picture was from 2004 when George W. Bush was the President.

Donald Trump Shows Off His Beast at Daytona 500