POLITICO – 02/17/2020: According to reports from the White House, the reason why Donald Trump left the Daytona 500 race before its start is the wedding of one of his staff members. The wedding ceremony was held later on Sunday, and POTUS rushed to be in attendance.

The wedding was held close to the White House. Reporters were notified via a short message: “The President is at Trump International Hotel for the wedding of Mr. and Mrs. Stephen Miller.” Stephen Miller is a senior adviser to the President. His wife, the now Ms. Miller, is a press secretary for Vice President Mike Pence, Katie Waldman. 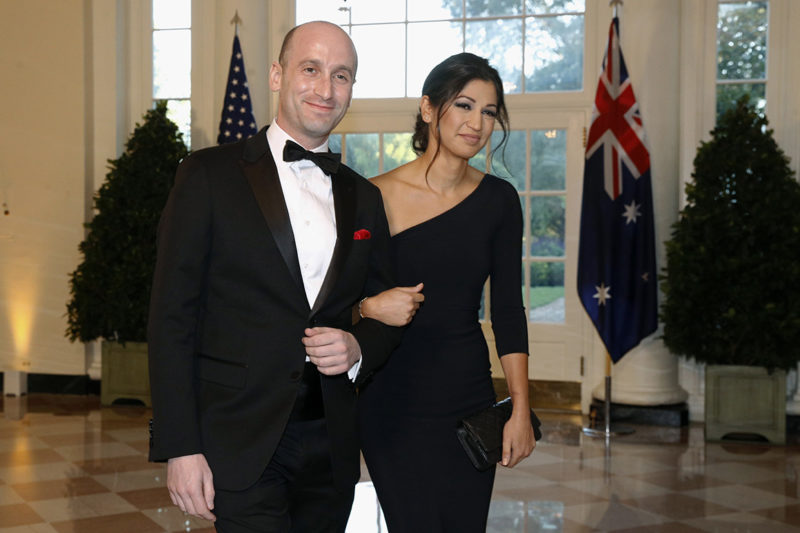 Before coming to the wedding, POTUS and the First Lady were in Florida to attend Daytona 500 race. They left before the race started, which in the end turned out to be a good move. The Daytona 500 was postponed due to bad weather. This could also be the reason why President Trump decided to take off early.

Read Also: Did Donald Trump Leave Daytona 500 Before Start of the Race?

Stephen Miller is a long-lasting Trump supporter. He is one of the rare members of his 2016 campaign who is still on board. Among other things Miller does, he is known as a chief speechwriter for the President. The two of them get along very well, as Miller is a stout supporter of Trump’s immigration policies. He had an influence on shaping these policies and is closely tied to Trump’s Muslim-ban and zero-tolerance agendas.

White House statement: The President is at Trump International Hotel for the wedding of Mr. and Mrs. Stephen Miller. pic.twitter.com/U7DMg60Cgi

Miller is a known figure among politicians, as many Democrats criticized him for promoting theories close to white nationalists. His wife is also a long term political worker. She provided services for Sen. Martha McSally of Arizona and was a spokeswoman for the Department of Homeland Security.

Both Miller and Waldman made controversial comments about immigrants and separation policies in the past. With their stands like these, it’s no wonder that Donald Trump didn’t want to miss their wedding.