Critics Love Dwayne Johnson: Jungle Cruise Could Be His Best Film Ever

You can’t say Disney doesn’t try. It is one of the biggest companies in the world, whose amusements parks attract millions of visitors a year. When their themed parks became a thing they decided to try to bring them to life through theaters. Some of their flicks were a great success, while others failed. We would love to put Jungle Cruise in the first bracket.

Yes, Dwayne Johnson’s Jungle Cruise is a film inspired by a Disney theme park. We’re not claiming it tops Pirates of the Caribbean, but it does leave Haunted Mansion in the dust. What we can say is that the director Jaume Collet-Serra did an amazing job writing this piece together with his five-member team. Furthermore, they decided to draw inspiration from massive blockbusters such as The Mummy and Indiana Jones. The best part is the on-screen chemistry between lead actors, Dwayne Johnson and Emily Blunt. And no, we’re not tired of young English ladies with amazing accents going on an adventure. It couldn’t be a real one without her. 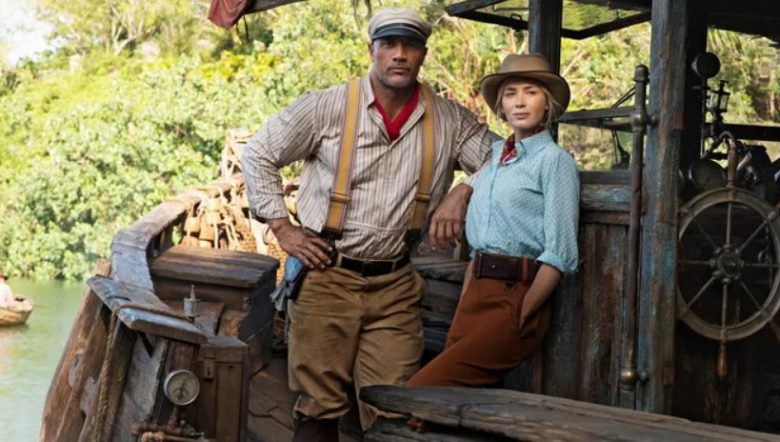 The casting was perfect we dare to say. Interestingly the Blunt/Johnson due do so well on the screen considering the lack of sexual tensions between the two. The story is written that way, and the pair does their job perfectly. At moments, yes, the two do share a moment now and then but never too obvious. It turns out to be a standard The Rock sets for his movies, as they rarely revolve around his romantic interests. The only recent product by him that has even a bit of male/female exchange with him involved in HBO’s Ballers. This movie adds a funny element to it, considering that Emily is the one pushing for a romance to be born at times, only to have her pushes rejected by the lead man. Besides that, the two are a match made in heaven for a speedy adventure like this one.

The best thing that the creators of this film did, is that they didn’t complicate matters too much. The story is straightforward as it can be. In addition, they didn’t stroll too far from what Disney’s original Jungle Cruise represents. Blunt plays an adventurer that goes on a quest together with her brother MacGregor played by Jack Whitehall. Their goal is to reach the end of the river that goes through a jungle to find the Tree of Life. To achieve their goal, help is needed from Frank “Skipper” Wolff who is played by Johnson. Once the crew is gathered the adventure starts, and Lily Houghton, Emily Blunt’s character understands that she’s about to get much more than she originally asked for. 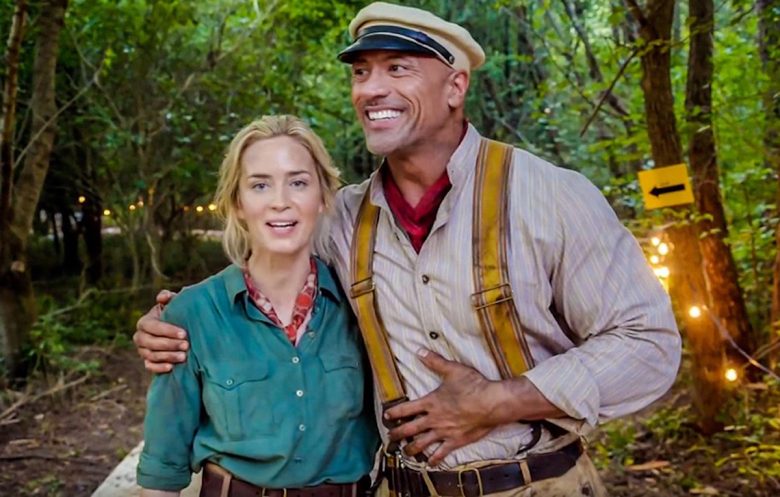 If you think this is all, you are gravely wrong. Another thing that makes this movie amazing is the supporting cast, which at moments easily steals the show from Blunt and Johnson. You won’t be surprised when this happens as other actors in the film include Paul Giamatti, the Billions star, who plays a harbormaster; Edgar Ramirez whose character is a scary conquistador cursed by an old curse, as it is custom on Disney’s rides; and finally we have Jesse Plemons who is the main antagonist of this film, which is not a surprise considering he works for German Kaiser.

Collet-Serra does a brilliant job at pacing the story, and his work with each character is evident. You won’t be bored not even for a second during this movie, and it is mostly thanks to the cast ensemble perfectly on all levels. The one thing that’s probably going to hurt your eyes is the CGI elements that are all over the place in the film. Unfortunately, in some scenes, the job could have been done better. But, this is nothing to scoff at, as the rest of the film mostly makes up for it. What else we could say; you’re about to have a great ride f you go see this movie.