The famous footballer Cristiano Ronaldo often shares pictures with his family on Instagram, but now he has posted an unusual one.

The 35-year-old Juventus player boasted about the joy he had while bathing in the bathtub with his four children.
“Funny moments with my babies,” Cristiano wrote in an Instagram story. 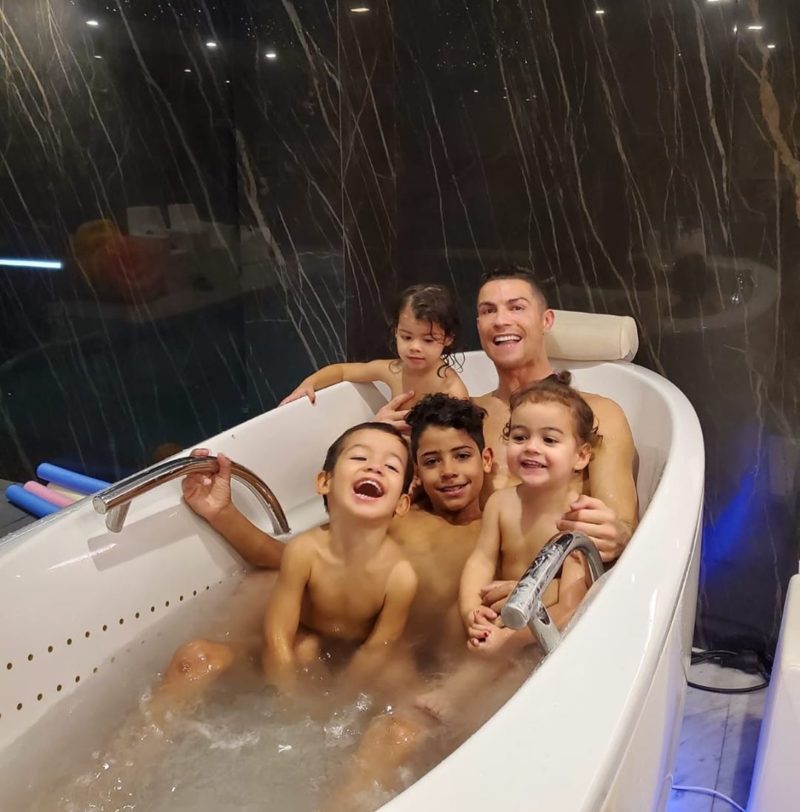 The Italian player was photographed in the bathtub with his daughter Alana Martina (2), twins Eva and Mateo (2), and son Cristiano Junior (9). The photo was probably taken by a football player’s fiancée Georgina Rodriguez, 26, who gave birth to Alana Martina.

The picture of a smiling Cristiano and the children delighted his fans. “Family goals”, “Family over everything”, “Happy Fam”, “You have a beautiful family, my friend”, “This is so heartwarming”, some of the comments read.

But some did not like the football player’s photo. “Uh…. I really don’t know about this one chief”, “That’s wrong”, “None of them have pants on, and he’s just like letting them sit on him”, “Dude… They are your kids, what are you doing?”, his followers noted.

Trump Expects Coronavirus to Go Away Despite Risks of an Outbreak