IT’S GAME 7 – 01/22/2020: Will Tom Brady leave New England Patriots? There’s a chance of this happening. Brady will be a free agent this off-season for the first time ever. It’s unknown if the Patriots will try to hold on to him. But, this shouldn’t worry Brady. The suitors for his signature are already waiting in line.

Among teams touted as a possible destination for the future Hall of Famer is Tennessee Titans. At least, according to Stephen A. Smith. The ESPN analyst believes that Tom should move to Music City. There he would team up with his former teammate and Titan’s head coach Mike Vrabel. 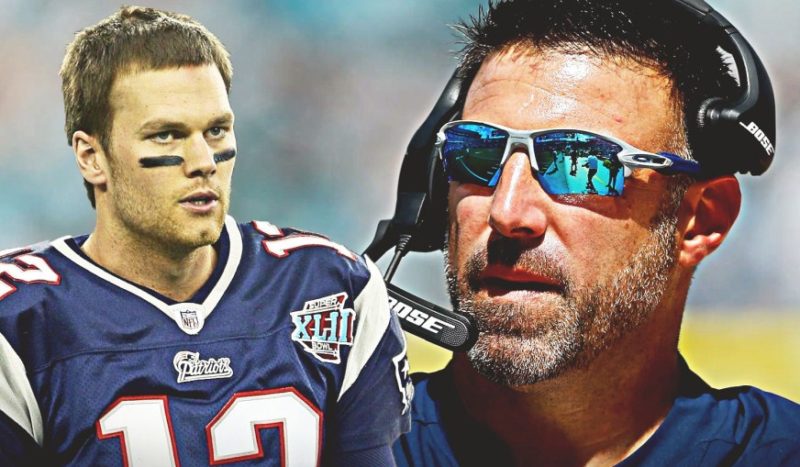 The option of retiring is not on Tom Brady’s mind. He already stated that he will play in 2020. Another thing he said is that he will not give the Patriots a hometown discount. This time Brady will go to the highest bidder. If New England makes this offer, then fine, but if not, Brady will move on.

Read Also: Are All Bridges to NFL Burned for Antonio Brown?

Stephen A. Smith believes that Titans and Brady are a match made in heaven. What Tennessee has to offer and other teams don’t is a complete arsenal for a six-time Super Bowl champion. He refers to the coaching staff led by Vrabel, and young and upcoming superstars in Derrick Henry and AJ Browns.

As ex-teammates, Vrabel and Brady already have an established relationship.

The one issue could be that Titans had a great season led by Ryan Tannehill. He took over for Marcus Mariota after 2-4 start to the season and never looked back. It is expected that Titans will try to resign him. But, if they can lure Brady, then it’s the right path to take. Legendary Tom still has fuel in his tank to take Tennessee franchise to the promised land.

In one of his recent interviews, Brady confirmed that he would love to remain in New England, but if the offer isn’t right, he will have no problems in leaving the place that was his home for the previous 19 years.

Another team interested in Tom Brady is the Los Angeles Chargers. They seem like an exciting destination considering their location and need for a QB who could take their talented team at least to the playoffs.