Have You Heard Coronavirus Quarantine Anthem?

NY POST – 04/01/2020: One thing is common for all of us in self-isolation. Boredom! Luckily for all of us, Tyga has been bored too. Hence we got ourselves first quarantine mega-hit.

Tyga drew the inspiration from Curtis Roach, who made a Tik Tok video a few weeks ago, slamming down already famous lines: “I’m bored in the house, and I’m in the house bored.” As Curtis’s Tik Tok video went viral, more and more people lip-synced to it, and Tyga was one of them. It’s what boredom will do to you. 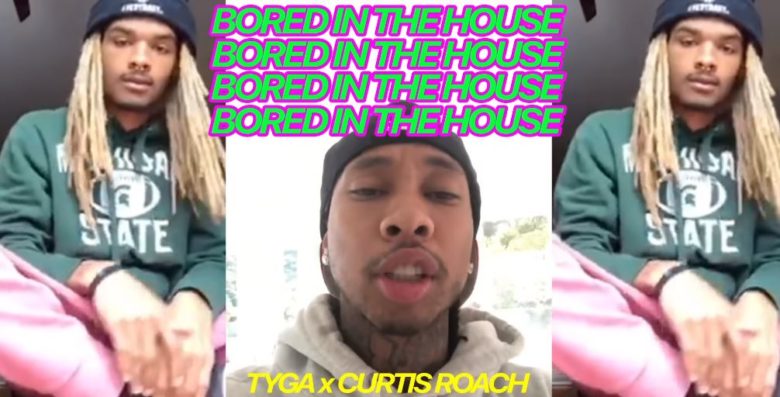 Talking bout it, the thirty-year-old rapper said: “When I did it, it was, like, 15,000 videos. Now it’s, like, over a million in the last week. It’s all types of people doing it. It’s crazy, and it shows you how powerful music is and the internet … how fast everything spreads.”

Tyga was so thrilled by the catchy phrase that he called Curtis Roach, and the two made a collaboration. The product of it is the single for the song called “Bored in the House.” The video was released on YouTube on Saturday and so far it has 741,415 views. The views aren’t coming as fast as they did for Roach’s Tik Tok video, but we need to give it more time.

The more time people spend in their homes; the more popularity will this song gather. Tyga spoke about the collab with the young artist: “I like doing fun stuff like that, and him being a new artist, it’s cool to do things like that that people really wouldn’t expect. He was really surprised how fast I was … I’m like, ‘We gotta put it out now.'”

Now, the song is on YouTube, and you should listen to it, it’s quite catchy.