THE MIX – 01/16/2020: The rift between Colin Kaepernick and the NFL will never end. The one to take a shot at the league this time was Colin’s girlfriend, Nessa Diab. In the process, she also managed to attack President Donald Trump. POTUS is known for his stance of those who knelt during the anthem as a form of protest.

Diab’s Twitter rant was instigated by the fact that the US President bought advertising time during the Superbowl. According to sources, Trump invested $10 million to have his campaign promoted during the biggest game in the US. 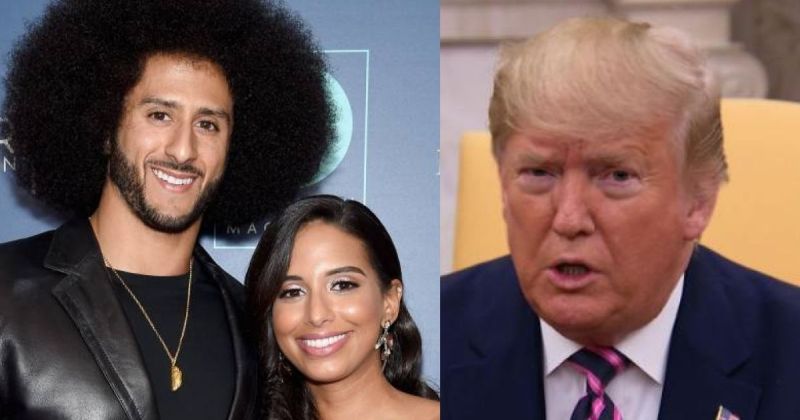 Kaepernick and his girlfriend are in a war with the league as they believe that the only reason Colin doesn’t play is his manner of protest for racial inequality and police brutality. Trump was one of his most prominent critics. It’s no wonder that Nessa is angry as her boyfriend is out of the NFL, while Trump and league officials cooperate on promoting the US President.

Read Also: Melania Trump Reveals If She Had Any Plastic Surgeries

The amount that Donald Trump spent on his Superbowl ad will bring him sixty seconds of television time during America’s most-watched TV program. This made Nessa angry as Colin would probably earn more than that if he were allowed in the league.

The issues between the NFL and Colin Kaepernick started in 2016 when he decided to kneel during the anthem. He choose this type of form for his protest of police brutality and racial inequality, but the league owners didn’t accept it well. POTUS was also very critical of him on many occasions, so it’s no wonder they feel offended that Trump and the league benefit each other. At the same time, Kaepernick is out probably forever.

You see how this works? Trump & his ⁦⁦@NFL⁩ buddies from team owners & ⁦⁦@nflcommish⁩ have a code they stick by. That code blackballed @kaepernick7 for peacefully protesting systemic oppression.

Kaepernick was out of the league since the 2016 season when 49ers released him. He was having a workout at the end of last year, but nothing came out of it. While Colin and Nessa believe that the league is sabotaging him, there’s also a football factor to be counted. Colin didn’t leave the league on high note leading 49ers to a losing record in 2016, so there’s that to think about.