Clint Eastwood Downplays Trump, Will Vote For Another Candidate

POLITICAL FLARE – 02/23/2020: Another household Hollywood name decided to take a dig at the 45th US President Donald Trump. Not only that, famous actor Clint Eastwood voiced his support for a democrat candidate Mike Bloomberg. By now, you are probably aware that Trump and Hollywood don’t go together.

The Gran Torino actor talked about POTUS during a Wall Street Journal interview. Unlike some of his colleagues, Eastwood wasn’t entirely against POTUS. Clint said that while there are policies he and President can agree on, he would advise Mr. Trump to restrain from too much tweeting and using derogatory names while talking about political adversaries. 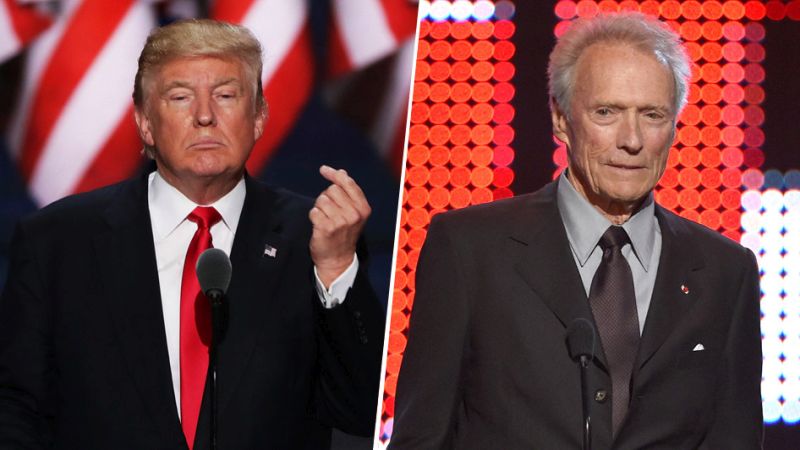 Eastwood, who gained fame back in the day from movies such as A Fistful of Dollars and The Good, the Bad, the Ugly had this to say about Donald Trump: “I would personally like for him to not bring himself to that level.”

In his mind, Clint Eastwood already knows where his vote is going. The actor who is known for his conservative views lists former New York City Mayor Mike Bloomberg as his choice. Dirty Harry actor said this about the future of the White House: “The best thing we could do is just get Mike Bloomberg in there.”

Clint Eastwood is not a huge fan of Trump, but he’s keeping it civil. Even back in 2016, Million Dollar Baby actor said that POTUS needs to be moderate: “What Trump is onto is he’s just saying what’s on his mind. And sometimes it’s not so good. And sometimes it’s … I mean, I can understand where he’s coming from, but I don’t always agree with it.”

Unlike some other Hollywood names that would choose the devil over Donald Trump, Eastwood is a down to earth guy. During the 2016 presidential campaign, the actor stated that if he had to choose between Trump and Hillary Clinton, Donald would have his voice.

Donald Trump Can’t Forgive a Dog For Stealing His Spotlight!