Home Celebrities Celebrity Marriages That Last Since The ’90s
CelebritiesEntertainment

Celebrity Marriages That Last Since The ’90s

Celebrity marriages have always been under public scrutiny. Unfortunately, most marriages between famous spouses do not last long.

It is almost a generally accepted fact that marriages in the world of celebrities do not last long. And yes, there are a large number of marriages among celebrities that did not last 24 hours or a week, but that not everything is so turbulent, and that there are couples who despite everything, all the challenges and setbacks stayed together for decades, we are ready to show you today . 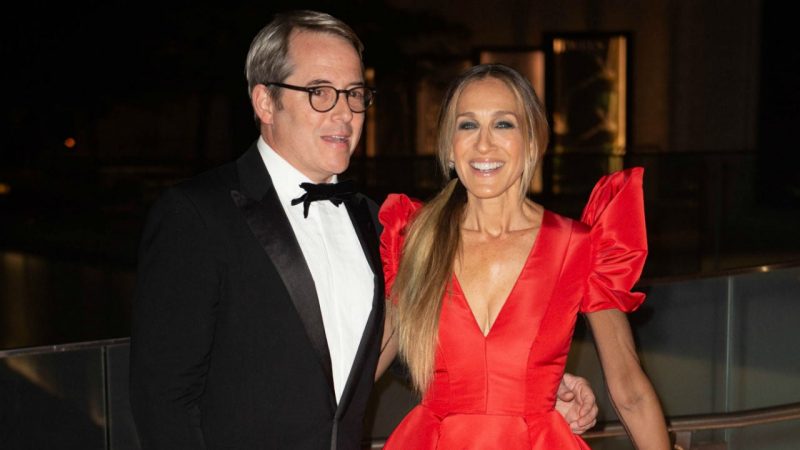 ‘Sex and the City’ star Sarah Jessica Parker and her husband Matthew Broderick have been married for 23 years. They are one of the few examples of long-term love in the Hollywood world and proudly point out how happy they are to have reunited in 1997. Actress Sarah Jessica Parker met her current husband shortly after she broke up with actor Robert Downey Jr. Thanks to the business acquaintances of her two brothers Pippin and Toby, the famous blonde, who is remembered by the world for her role in the series ‘Sex and the City’, found her soulmate in 1996.

They went on their first date after a joint Broadway project ‘How to Succeed in Business Without Really Trying’. After a year of relationship, the couple decided to get married in a New York synagogue, and everyone they invited did not even announce that they were coming to the ceremony, so everything was a big surprise for family, relatives and friends.

They are proud parents of 17-year-old son James and 10-year-old twins Marion and Tabitha. 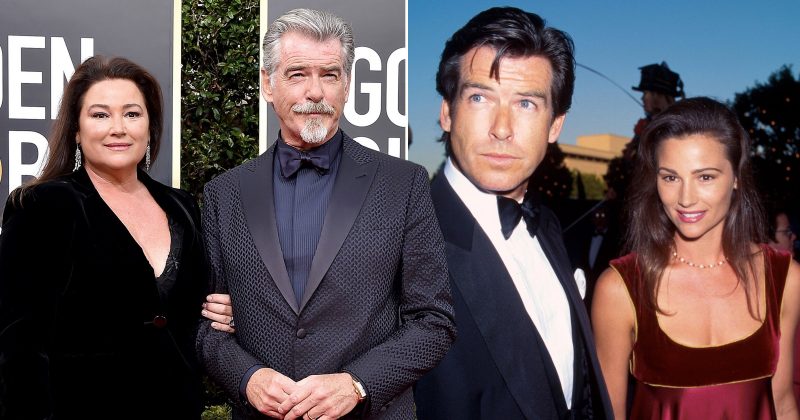 No less fortunate in love are Hollywood seducer Pierce Brosnan and his beloved Keely Shaye Smith. Their love began atypically, after he had already survived a major trauma and lost his first wife whom he also loved incredibly much. The faith in a better tomorrow and a smile on his face was restored to him by Keely, with whom he has been married for 27 years and with whom he shares two sons.

They met in 1994 in Mexico, and in 2001 they exchanged vows in Ireland. Although it’s been 26 years since the 66-year-old seducer and ten-year-younger Keely met, they look equally in love these days, which is why their marriage is an inspiration to many couples and a real rarity in Hollywood. 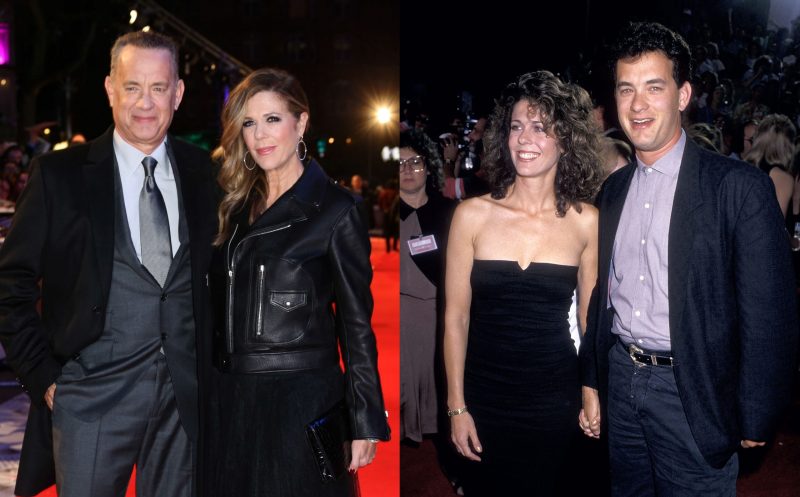 Rita Wilson and Tom Hanks got married in 1988 and together they have two sons, 29-year-old Chet and 24-year-old Truman. Their 33-year-long married life was marked by many happy moments, but there was also something that almost shook them all. Her struggle with a serious illness, his alleged adultery, and now together they recently got over the coronavirus as well.

Prior to Rita, Hanks was married to Samantha Lewes with whom she shares a son and daughter, 41-year-old Colinom and 37-year-old Elizabeth. His first marriage fell apart after only nine years, but that’s why he obviously found something in actress Rita Wilson that is unbreakable. 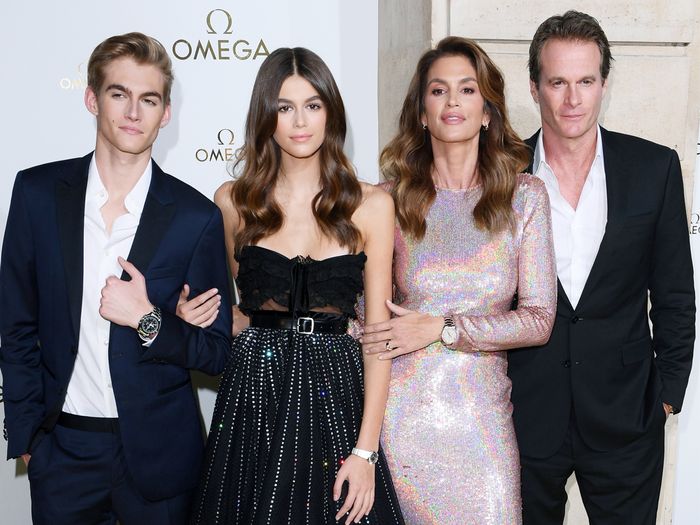 Longtime happy spouses in the Hollywood world are supermodel Cindy Crawford and businessman Rande Gerber. They also have an interesting love past behind them, which made them appreciate the love they have with each other today. Cindy was married to actor Richard Geer at the time she met her current husband. Gerber was also busy. But the spark was obviously strong enough, so they ended their bad love affair and embarked on a romance that lasts to this day. They recently celebrated their 23nd wedding anniversary.

They got married in 1998 in a secret ceremony in the Bahamas. The entire ceremony was kept completely secret until the last moment, even from the most loyal friends and family. A year later, their happiness doubled as they became parents for the first time. Their son Presley was born, and in 2001 their daughter Kaia was born.

Actresses Deborra-Lee Furness and Hugh Jackman celebrated their 26th wedding anniversary in April. They met as young actors on a joint project in Australia in 1995. Engaging in the TV series ‘Correlli’ which lasted only a year spawned the most beautiful possible outcome for both. They are synonymous with one of Hollywood’s happiest marriages.

‘There is no great wisdom. We need to find time for each other. One should constantly work on the relationship. Deborra and I are not one of those who grew up and matured separately in this relationship. We did everything together and for the benefit of this relationship and our family ‘, said the famous seducer on one occasion. He found everything he had ever looked for in a 13-year-old colleague.

Denzel and his Pauletta certainly belong to this group. They legalized their relationship on June 25, 1983, and reaffirmed everything 12 years later. They met in 1977 on the set of the television movie ‘Wilma’, and their love, after begging her three times, was legalized on June 25, 1983.

Together they share four children, daughters Katia and Olivia and sons Malcolm and John.

‘Marriage is something you have to work on all the time. You should never raise your hands from each other because it is something you have committed to. It’s not always great, the honeymoon doesn’t last long and the only thing left for you to do is work on your relationship, ‘said Denzel, adding:’ We live in time, and it’s not up to me to judge others, in which we give up too quickly. from others. For me, love is stronger when you survive all shipwrecks. Passion, lust, it all comes, it’s easy, but we have to overcome all the difficulties together. There is no magic, you have to work hard for marriage! ‘ 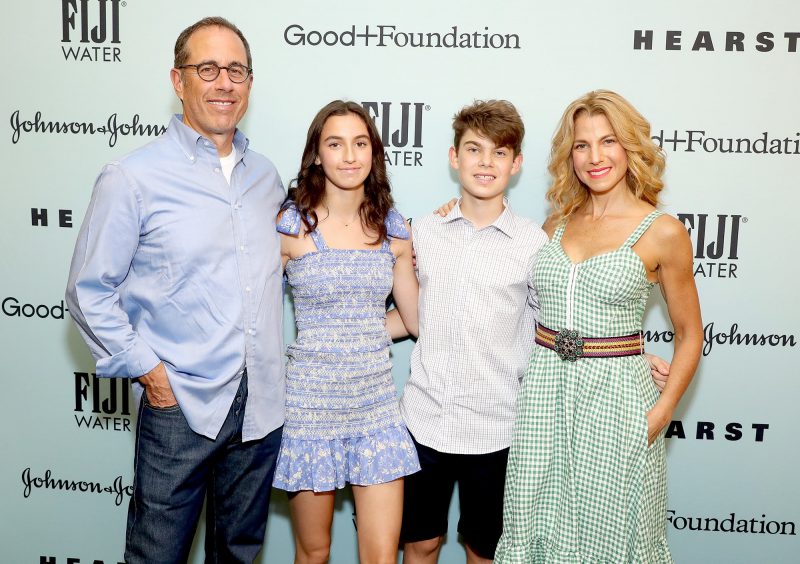 Although on the map of his popularity in the ‘Seinfeld’ series, Jerry Seinfeld could seduce many women around the world, he focused all his attention on just one. He has been married to Jessica Seinfeld since 1999.

‘It’s not about the conversation or the attraction you feel. It’s about that feeling that comes when someone is near you, when it comes to your house, and you still feel good and comfortable. I don’t know what it’s called, but I know it’s someone I want to spend the rest of my life with. I never wanted to get married. I don’t know why, I just didn’t. But then I met her and thought, ‘You know what, I think I could spend my life with her.’ And that was it ‘, comedian Jerry Seinfeld once admitted.

David and Victoria Beckham never let rumors of divorce, adultery and other various scandals that accompany them during their 21 years of living together destroy something they had painstakingly built. David and Victoria, were married on July 4, 1999, at Luttrellstown Castle, near Dublin, two years after they met at a Manchester United charity match when she was the lead singer of the Spice Girls.

In January 1998, they announced their engagement, when Victoria showed off her oversized diamond on her engagement ring, and exactly four months before their dream day, they became the parents of little Brooklyn. After that, they had two more sons, Cruz and Romeo, and finally darling Harper Seven also arrived. 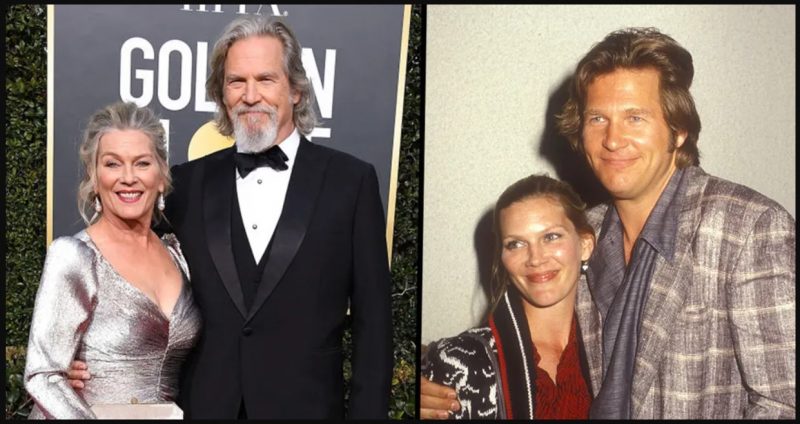 The famous actor has made more than 50 films, but he has never won a major film award, although he has been nominated several times. Despite that, he left a big mark in American and world cinematography. He has been married to Susan Geston, a professional photographer, since 1977. They met while he was shooting the movie “Deluxe Ranch”, and she worked as a waitress in a nearby café. Bridges rarely talks about his wife, but he once admitted that it only took him a week to fall in love with her. Previously, he had gathered the courage all day to ask her out, but she refused him for the first time. They have three children.

David Beckham Does This One Unorthodox Thing For His Wife...