Blake Griffin has made a name for himself in the world of basketball, and now it would seem that he wants to make one in the universe of real estate. Someone built like Blake was predestined to be an athlete and it was easy to see why he succeeded. He was drafted back in 2009 and was a part of Lob City in Los Angeles together with Chris Paul and DeAndre Jordan. His career took him to the other coast in the mid-time, but more on that later. Let’s see his latest move when it comes to real estate.

Griffin is one of those people who can’t get his hands on enough property. That’s the way we perceive him. Average Joe’s such as we would settle for one villa. But, Griffin is an NBA superstar, and he begs to differ. Considering his latest purchase, it would seem that one is not an option. Former LA Clipper is on a shopping spree when it comes to houses. Earlier last year, he bought a home in Westside, Los Angeles, and parted with almost $20 million to do so. But, this wasn’t enough to stop him. Instead, he moved in for another real estate. At the moment he has four properties to his name, with the latest one being priced at around $6 million. The difference between the two is quite something but you get plenty for anything over $5 million. At the moment of writing of this article all of the properties that Griffin owes accumulate up to $35 million. Now, that’s something to brag about. Of course, he’s no LeBron James, but he’s not a minor player either. 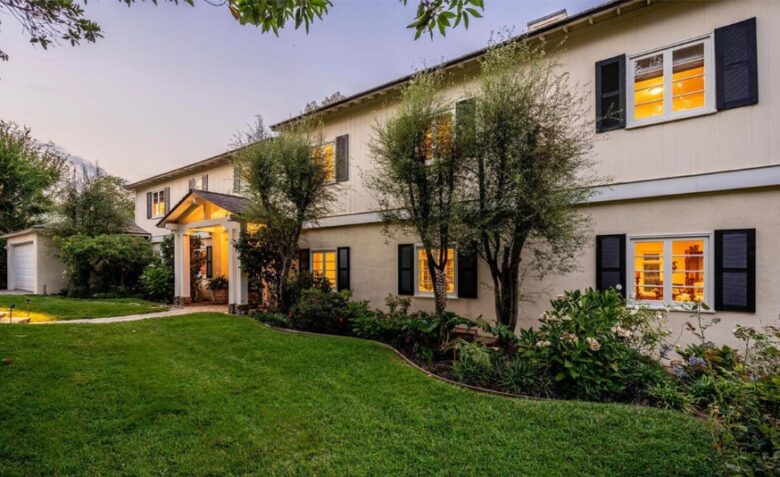 What he Got on The Inside?

While on the basketball court Blake would go for a full acre when it comes to this property he settled for only a half, but that’s still plenty. It offers two stories, five bedrooms, the same number of bathrooms, and something called the powder room. Girls know a thing or two about what we’re talking about. Worry not, the number of rooms doesn’t stop there as you’ll also find the living area, dining room, and a gaming room all inside. The tone in which they’re designed is mostly the same in all rooms. The walls all around are colored cream, while on the ground you’ll find hardwood floors. The kitchen is a fortress of its own paved with granite. Furthermore, there is also a bar, a fireplace, and a back patio that offers an amazing space connected with the yard. Blake Griffin is probably going to spend most of his time on the upper floor where the main suite is located, which also comes with yet another fireplace. The best part favors the ladies in Griffin’s life as there are three closets available. If anyone close to him or he is into fashion and overspending on fashion items, it wouldn’t have an issue with storing the goods. The bathroom there is also an amazing place paved with beige stone, and a secluded glass shower, and a soaking tub which is built into the wall. 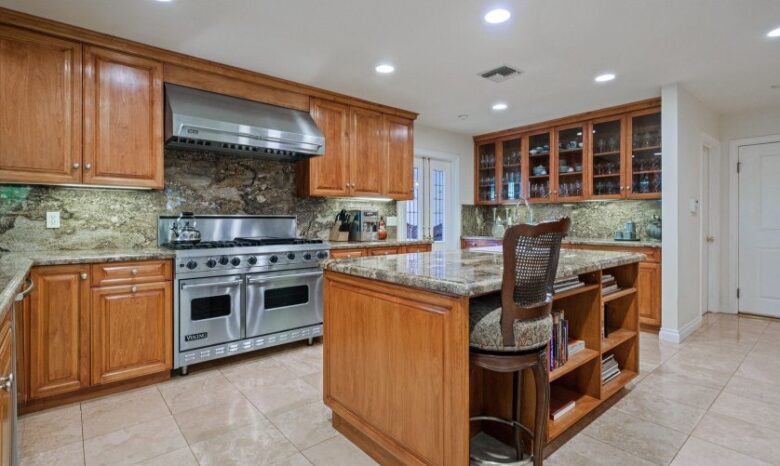 Even with all things on the inside the real gem of this mansion is its backyard. It is a park of nature that comes with a lot of eucalyptus trees and various other greenery, that make you feel like you’re in a forest. Like it’s the case in most LA mansions this also offers plenty of grass, palms, and various to us unknown tropical trees and plants. Just as one would expect there’s a pool nearby ideal for a night swim considering that there’s another fireplace nearby perfect for breezy nights. 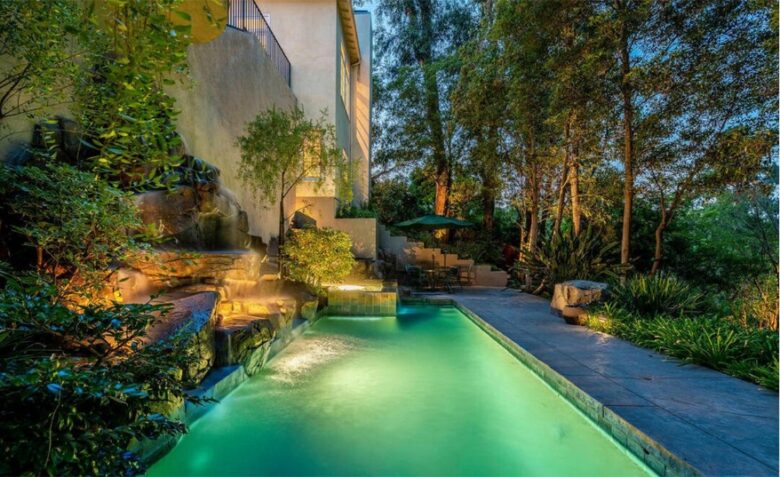 What’s up For Blake Right Now?

As we said, he decided to spend some money on another property in LA, but he could be in for yet another purchase, but this time on the east coast. His career is slowly reaching its end, which is a shame considering that for years past Griffin was a joy to watch. But, he’s not over yet and is currently doing what NBA fans are calling – the ring chasing. At the moment he is selling his trade for Brooklyn Nets. He’s a veteran now, but an important presence on the field. The best part is of course, that in the company of Kevin Durant, James Harden, and Kyrie Irving, and his former partner from Lob City DeAndre Jordan he has a real shot at it. Brooklyn Nets currently lie second place in the Eastern Conference, behind only the Philadelphia 76ers, tracking them with only one winless. Of course, there’s still plenty to play in the regular season, and the playoffs are another story completely, but Griffin is in a better place to reach Finals than he ever was with LA Clippers.