As CNN reports, the NASA astronaut Christina Koch broke the record for the longest single spaceflight performed by a woman. She also carried out the first all-female spacewalk with her fellow colleague, NASA astronaut Jessica Meir. 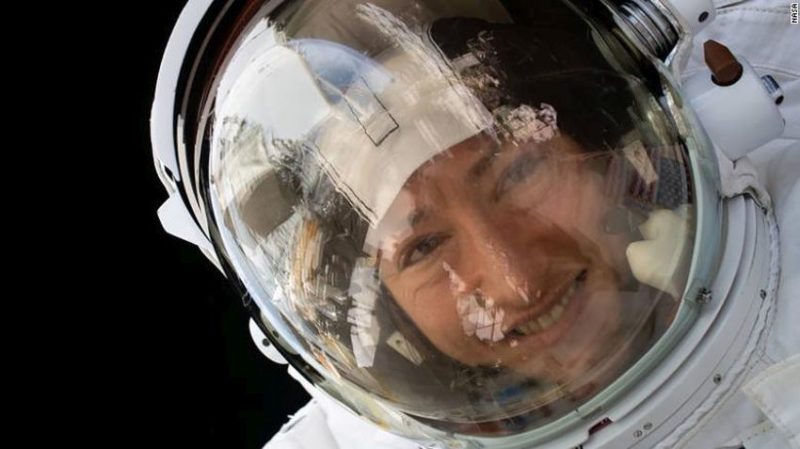 Regarding her October 18 walk in space, she said, “We caught each other’s eye and we knew that we were really honored with this opportunity to inspire so many, and just hearing our voices talk to Mission Control, knowing two female voices had never been on the loops, solving those problems together outside — it was a really special feeling.” 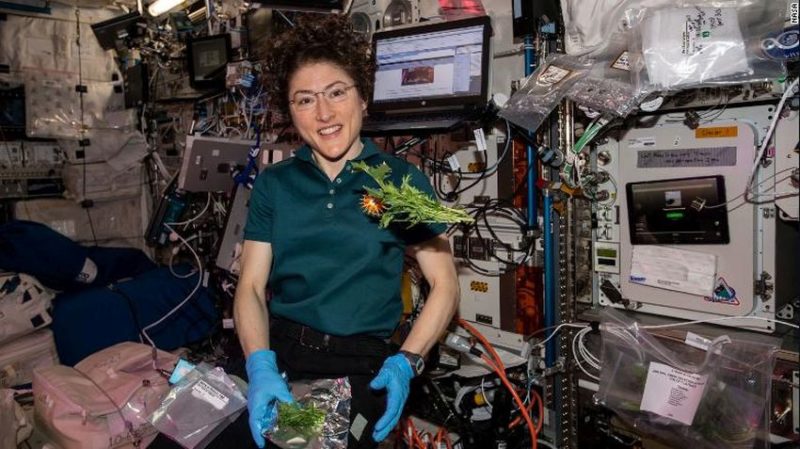 Alongside European Space Agency astronaut Luca Parmitano, and the Russian cosmonaut Alexander Skvortsov, the crew is scheduled to return today. On their incredible mission, Koch performed six spacewalks, three of which with Meir. She spent 42 hours and 15 minutes in space in total. 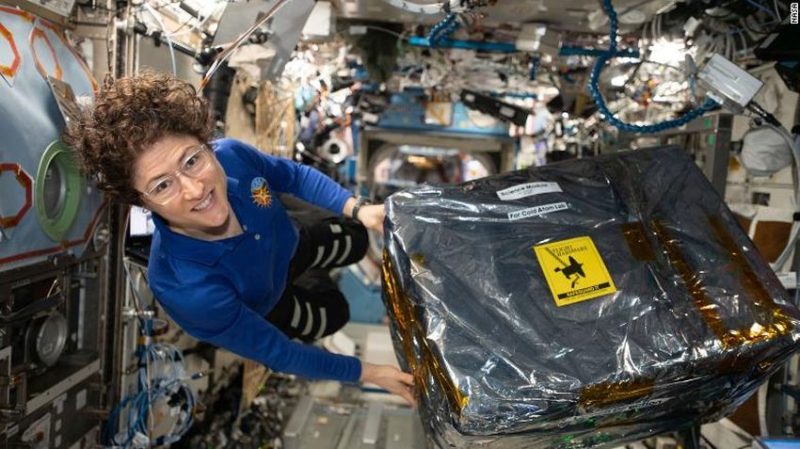 To spend the time on the station, she has had many activities. She studied human health in space, ran tests, and collaborated with scientists on Earth. She first came on board on March 14, 2019. 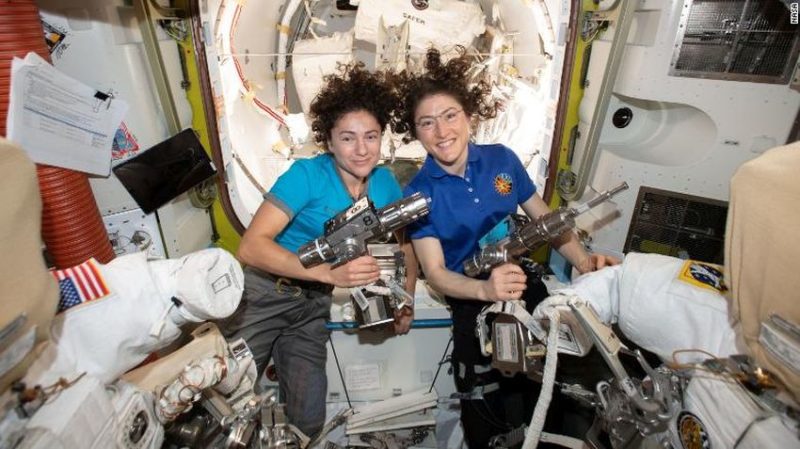 “That was the day that I have seared in my memory. Visions from when I first arrived here … I’m very privileged to have that as one of my favorite memories.”

She has much to say about her experience so far.

“Sleep in space has been some of the most restful I’ve ever had — no hotspots, no tossing, no turning, never too hot or too cold. I just float in my body’s natural position. How will I sleep when I return to Earth?”
However, she also misses a lot of things about the Earth.

“Oh, how I miss the wind on my face, the feeling of raindrops, sand on my feet and the sound of the surf crashing on the Galveston beach. We take daily sensory inputs for granted until they are absent. The environmental inputs on the space station consist mostly of the constant hum of the ventilation system.

It stirs the air, allowing the purification system to scrub and clean our atmosphere so it’s breathable. While some places on the space station are as loud as a lawn mower, others are as quiet as the vacuum of space. I cannot wait to feel and hear Earth again.”

Floating in space looks like fun — but it could also unlock new scientific discoveries! Today, our #NASAExplorers video series returns with the first episode of a new season all about microgravity. See what it takes to do research on the @Space_Station: https://t.co/aLr56kafZR pic.twitter.com/5hzBGb5qT5

One of her favorite things to do is just look at our planet and take photographs.

“Earth is alive, and I have witnessed its power and beauty from a special vantage point 250 miles above the surface. From the space station we see no borders, no boundaries — we are all part of one giant organism that breathes and adapts. I have been in awe of this perspective for almost a year now.

What will I miss? The exquisite beauty of both the planet Earth and this marvel that its amazing people created. pic.twitter.com/VWIFXuJMTp

Back on Earth I anticipate looking up and seeing the space station streak across the sky, wondering how my friends and colleagues are doing up there without me. For almost 20 years humans have continuously lived and worked in space and the mission continues.”