Archie, the first born son of Meghan Markle and Prince Harry was christened on July 6 this year. It was a private event but the prince and the princess shared two beautiful portraits that were taken in the Private Chapel at Windsor Castle. The first picture represents family tree and was taken by photographer Chris Allerton.

The second picture includes closer family members. Queen Elizabeth and Prince Philip were not able to attend this event, due to a prior engagement. Here you can have a look at the photos and decide if there are any similarities or differences between baby Archie’s christening portraits and his cousins’ portraits.

Prince Louis was christened on July 9, last year. He is the third child of Kate Middleton and Prince William. Although more people were there for his christening, there are many similar details between the two portraits. Queen Elizabeth and her husband Prince Philip were absent from both of these christenings and are not included in the photos.

The Duke and Duchess of Cambridge have released four official photographs to mark the christening of Prince Louis on Monday 9th July.

The Duke and Duchess of Cambridge with Members of the @RoyalFamily in the Morning Room at Clarence House, following Prince Louis’s christening. 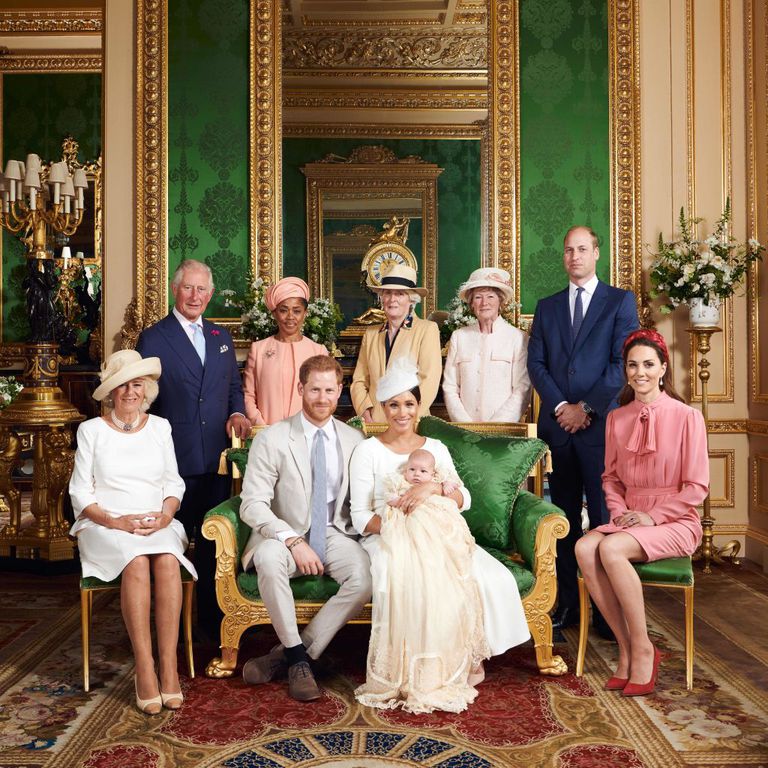 The seating and standing were arranged differently

This time we are comparing Archie’s portrait to Princess Charlotte’s, Prince Louis’s and George’s. In both Charlotte’s and Louis’s pictures only the immediate family members were sitting, while others were standing behind the couch.

Besides the main family members, Duchess Kate and Duchess Camilla are both sitting in Archie’s portrait.

The Queen does appear at George’s christening picture, but it focuses only on the new family unit. A reason for that could be the fact that George takes a higher place in the line of succession. 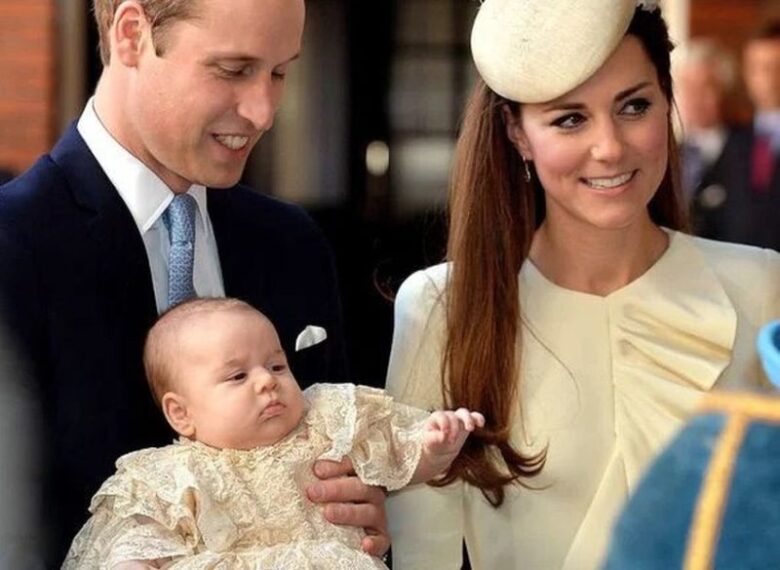 Harry, Meghan, and Archie’s informal portrait reminds of Prince George’s pictures
Prince George has appeared in photos with only his parents and those photos look very similar to Prince Archie’s black and white photos. Since they are both first born sons it is not a surprise these pictures both reflect happiness and joy.

Kete Middleton, the Duchess of Cambridge wears neutral white or beige coloures at all of her children’s portraits. Meghan wears a classic Dior dress that color and style wise reminds of the Kate’s dresses.

It’s a nice thing that all the royal babie’s christenings were special and unique, but had commonality in the portraits.