At the end of November last year, the world was shocked by the photos of Justin Timberlake exchanging tenderness with his colleague Alisha Wainwright. Timberlake’s wife Jessica Biel stayed with him, while Alisha decided to take a break from scandal on the beaches of the famous Mexican resort Tulum, which celebrities adore. The 30-year-old American showed a chiseled body and did not remove the big smile from her face the entire time. Be that as it may, the scandal has certainly brought her more media attention, which may justify that smile, as it is well known that in Hollywood, such attention also brings new lucrative contracts. 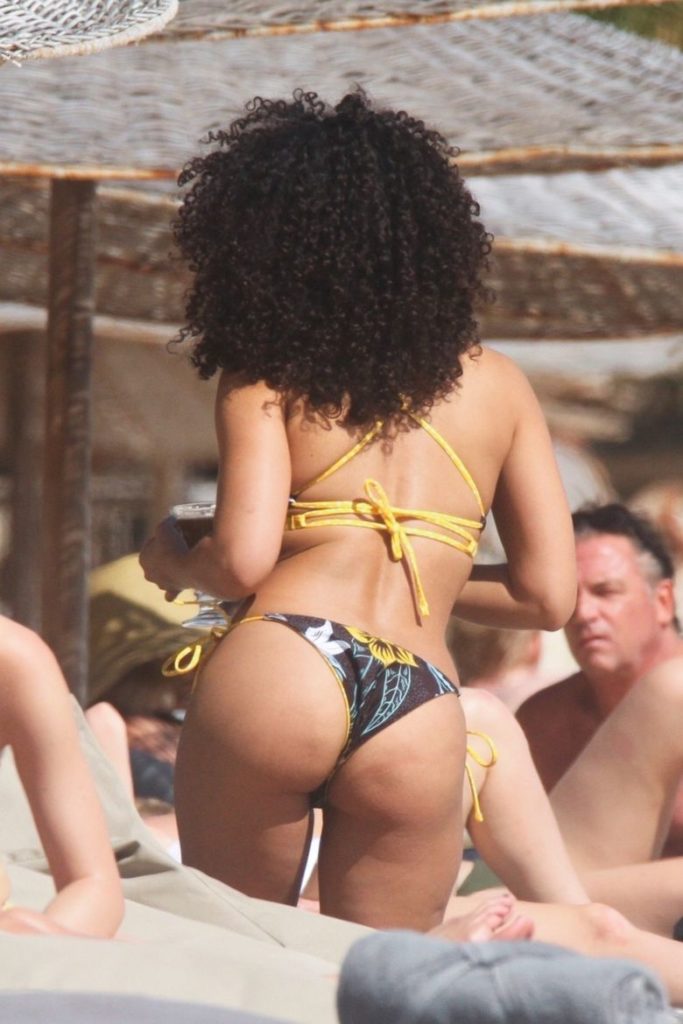 In November last year, Alisha Wainwright and Justin Timberlake were seen together in a bar in New Orleans, where they were relaxing in between the shooting of the movie “Palmer.” They were holding hands while Alisha stroked him on the inside of his thighs. A few days later, the musician complained to close friends that he was ashamed of his liquor-fueled behavior. Timberlake apologized on social media to his family and friends. “I stay away from gossip as much as I can, but for my family, I feel it is important to address recent rumors that are hurting the people I love,” the 38-year-old actor and singer wrote. “I displayed a strong lapse in judgment – but nothing happened between me and my costar. I drank way too much that night, and I regret my behavior. I should have known better. This is not the example I want to set for my son,” Justin stated.

Read Also: What Did He Do Now? Justin Timberlake Is Still Redeeming Himself for Cheating on Jessica Biel

Britney Spears: “I Work For The People Whom I Pay!”...

Ellen DeGeneres’ Frightening Past: Read the Amazing Life Story of the Famous Host

What Princess Diana Had to Say to Her Sons in the Never-Before-Seen Letter?