Just two episodes of the new Disney + series “The Mandalorian”, which takes place in the Star Wars world, have aired, but the viewers are already delighted with its side character, the tiny, green creature – baby Yoda.

The story of the “Mandalorian” is taking place right after six episodes of the movie “Return of the Jedi”. In that part of the film, 900-year-old Yoda died, and in the series, new Yoda was born.

Baby Yoda, whom they call Child, has stolen all the attention of the main character, and so does the very plot of the series.
One question immediately arose – Who is baby Yoda? For now, the identity of the Child is hidden as the greatest secret. What could be learned from the two aired episodes is that this baby is about 50 years old, and it used the Force to rescue Mandalorian. 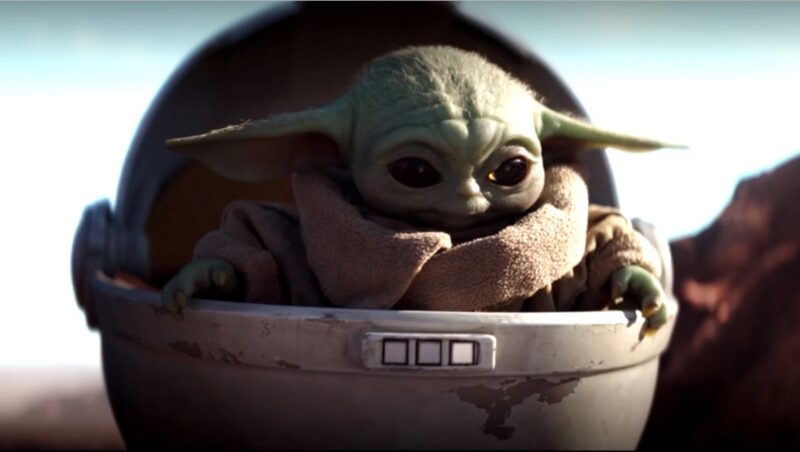 “I wanted to surprise people, and I wanted to—well, there are bigger arcs that go through the whole season and the whole throw of the show. So as fun as it is to reveal new characters and surprise them, it also fits into a larger narrative about what’s going on in the galaxy after the revolution, and this is an important character”, showrunner and creator Jon Favreau stated.

In the forums, however, one theory is most prevalent – Baby Yoda is the lovechild of Yoda from Star Wars and Yaddle, who appears in “The Mandalorian”.

Fans also shared their enthusiasm on Twitter. One of them wrote: “I know this baby Yoda is just another way to sell toys or whatever, but I love him so much. Look at him being tiny, with his wrinkles like, what’s he doing whats his purpose, why is he so cute?”

look i know this baby yoda is just another way to sell toys or whatever but i love him so much look at him being tiny with his wrinkles like whats he doin whats his purpose why is he so cute pic.twitter.com/evXHRwpDVX

One fan shared a tweet the way Yoda talks, with a confusing line of words in a sentence.

Sleep, I’m not, resting my cuteness, I am. #BabyYoda pic.twitter.com/KMttTJpFqR

Another joked about Yoda’s age.

Baby Yoda is really cute until you realize that being 50 yrs old makes him a boomer and he’s most likely already ruined several planets’ economies at this stage in his life #TheMandalorian pic.twitter.com/THKyZ2cDu3

While who is really the Child remains to be revealed, what is certain is that baby Yoda toys will go on sale very soon. What’s more, the entire batch of merchandise is expected to hit shelves and online stores like Amazon before Christmas and New Year holidays.

Disney + had been hiding from the very beginning of the series that this little hero would appear, so figures, costumes and toys, and similar items with the character were not among the already available “Mandalorian” merchandise.