One of the most tragic figures in recent history in American sports is certainly the famous football player Aaron Hernandez. A young guy coming from a working-class family became the shining star of the NFL, signing a contract for New England Patriots for $40 million. His career, and life, came to a halt when he was arrested in 2013 for the murder of Odin Lloyd, linebacker for Boston Bandits.

Hernandez had a fiancee Shayanna Jenkins and a daughter, Avielle. After his suicide in the prison cell in 2017, many raised the question of his finances. Shayanna and Aaron were not married but lived together for years in North Attleboro, Massachusetts. To find out what happened to his estate, and whether or not Shayanna was able to collect the remaining of Aaron’s income from the Patriots, keep on reading. 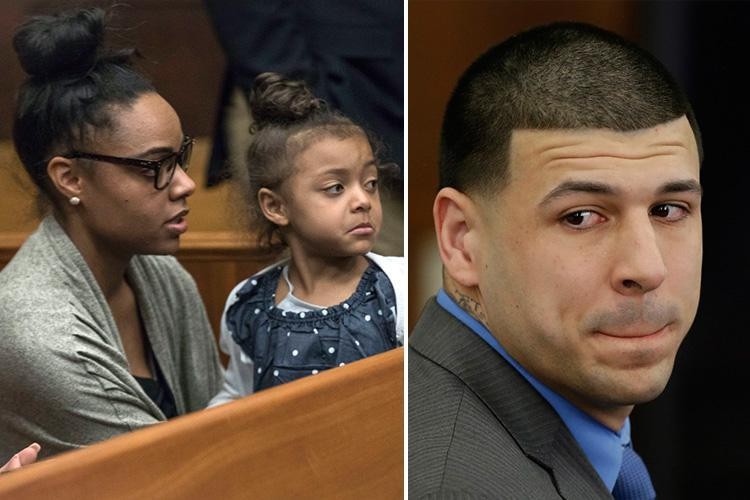 The house at 22 Ronald C Meyer Drive, North Attleboro, Mass. ended up being on 6 o’clock news all over the country due to its infamous owner from which he was taken to the police station in handcuffs. The $1.5 million estate features 5 bedrooms and 5 full baths. There is a huge eat-in kitchen with stainless steel appliances, a living room with a fireplace, office, gym, spa, 10-car garage, and an outdoor saltwater pool. The basement of the home is also fully furnished with a wet bar as a centerpiece. 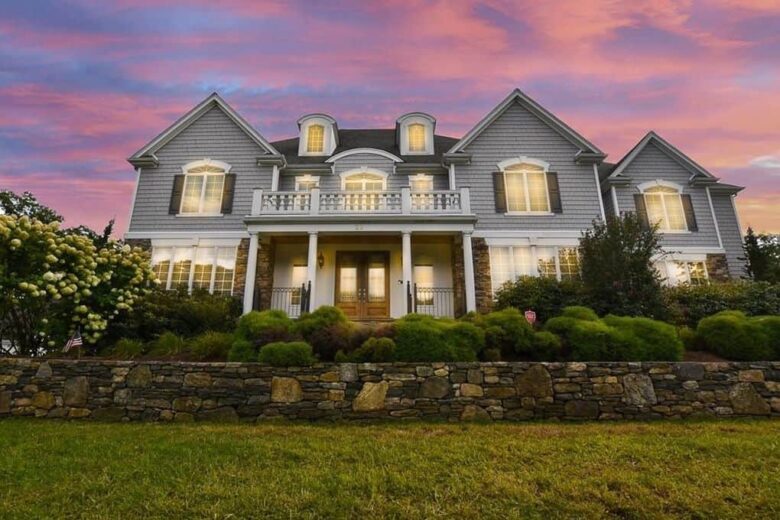 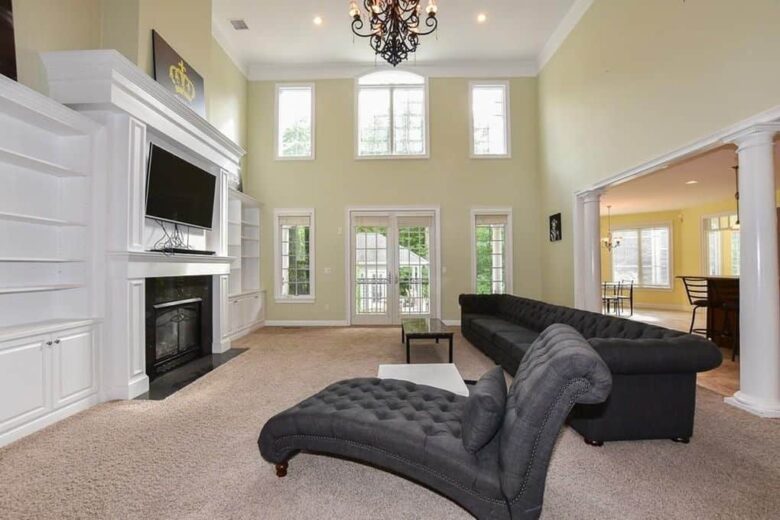 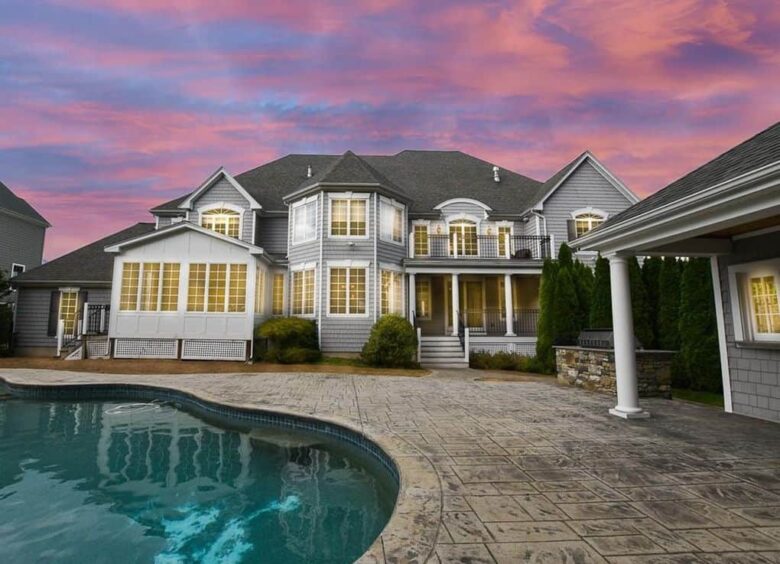 A week after Hernandez’s death, Jenkins asked the court to give her permission to have access to all of Aaron’s estate. She sold the home months after in an attempt to get out of debt accrued during the murder trial. However, the home was a hard sell due to its dark history but it was finally purchased for $1 million by Arif Khan, an investor and a Patriots fan. His hopes of selling the house with a bit of remodeling were quickly squashed. The house remained on the market for months before it was sold in 2018 to an undisclosed new owner for $1.05 million. 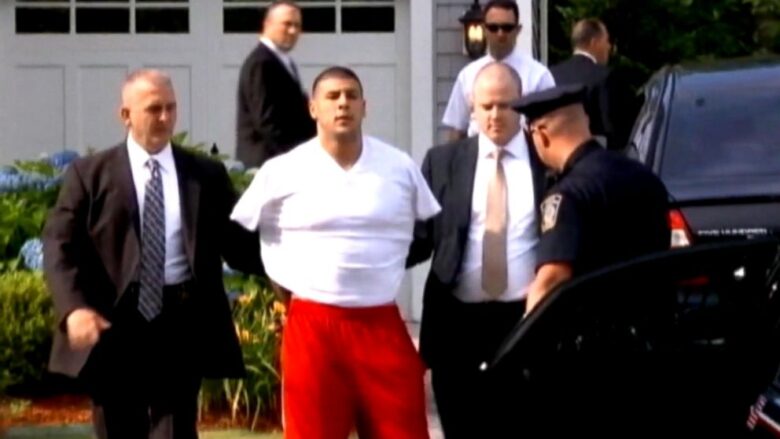 On June 17th, 2013, Aaron Hernandez was arrested for the first-degree murder of Odin Lloyd. He was consequently convicted and got the sentence of life imprisonment without the possibility of parole. New England Patriots severed the ties with Hernandez the moment he was charged leaving his wife and daughter in dire straits. Legal fees were also piling up, and soon, Aaron’s net worth fell to $50,000. The money from selling the house, Jenkins had to split between three families that sued Hernandez for wrongful death in a civil court.

The timing of Aaron’s death was controversial as well since he was in the middle of appealing his conviction. By law, if a person dies before the appeal is decided, he is eligible to be exonerated. This would mean that Shayanna Jenkins might be able to collect the remaining of Hernandez’s salaries from the Patriots. Aaron left a note for Jenkins, saying “you’re rich now” which stirred the rumors even more. In the end, Shayanna and her daughter were left with $500K that Aaron put aside for them, and not a penny from Aaron’s former football team.

During and after the trial, many disturbing facts came to light about Aaron’s personal life. The family home he grew up in was not so full of love as he tried to portray it. Father was abusive to him and his brother Dennis Jonatan Jr. since they hit adolescence. The boys were expected to excel in school and sports and every failure was harshly punished by their alcohol-fueled father. Their mother, Terri Valentine-Hernandez, also suffered physical and emotional abuse from her husband. 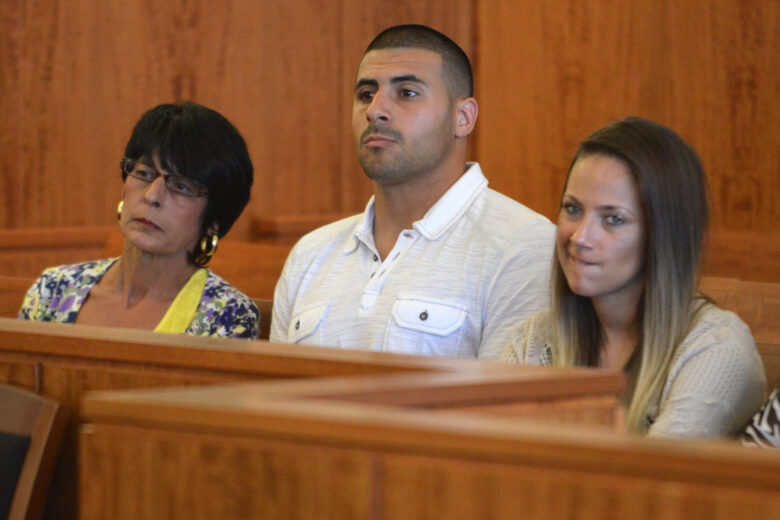 Hernandez always gave an impression of an out-of-control aggressive type of person. His lawyers stated that he was suffering from paranoia thinking that the FBI is out to get him. He was always wary of meeting new people which is why he hired a 24/7 bodyguard. Aaron also suffered from chronic traumatic encephalopathy which is common among football players that take numerous hits in the head every day for years. It was proven in court that he suffered from a brain injury caused by repeated head trauma. Whether or not this affected his judgment when he shot Lloyd, no one knows, but it was pointed out by his attorneys as a mitigating circumstance. 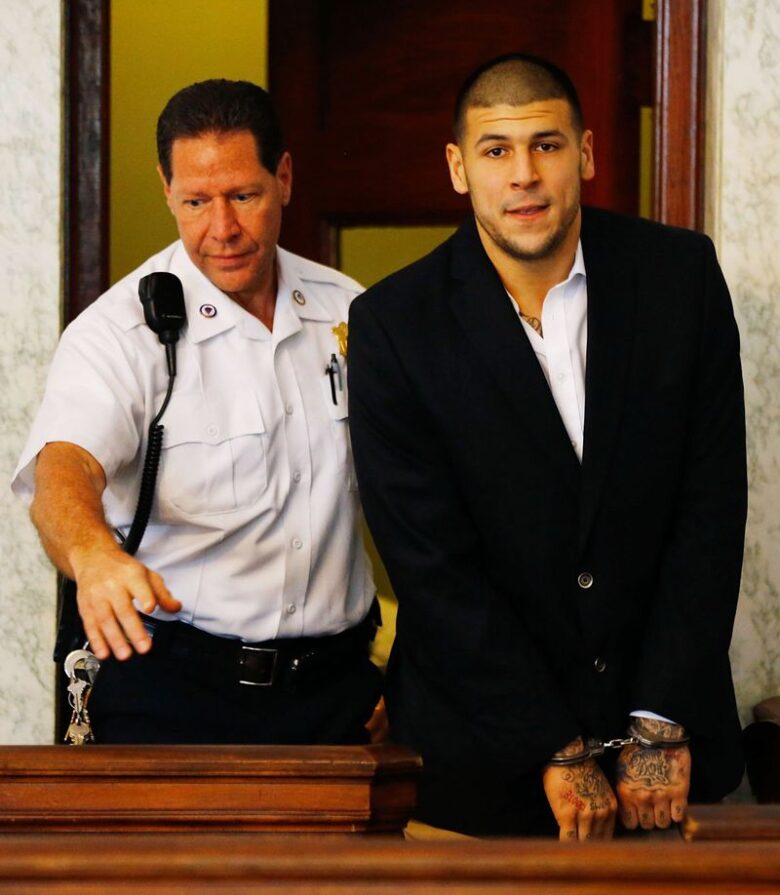 Aaron’s sexual orientation was also questionable. Some of his high-school friends said that they always knew Hernandez was gay, but he was too afraid to come out to his family. Rumors were swirling around that Lloyds found out about Aaron’s preferences, and threaten to reveal it publicly which ultimately led to his death. The only two people that knew for sure what happened, Hernandez and Lloyd, are no longer with us, leaving us to guess.

Aaron took many secrets to his grave, including the reason for his early departure. Looking at the whole picture – the family abuse, the secret sexual desires, paranoia, aggressiveness, drug use, and brain damage – it’s no wonder it came to a tragic end. There were signs, many red flags along the way that he needed help, that were repeatedly ignored by his family and friends. In the end, lives were lost, families destroyed and we are left with a cautionary tale of Aaron Hernandez’s life.

How To Stay Safe While Travelling During Covid Times