A.k.a. You can make a smaller version of Jurassic Park in Runescape!

One thing RuneScape has that Old School RuneScape doesn’t is a Dinosaur Farm. That could change in the future, though, should player demand increase significantly. If it does, it could potentially be a good source of OSRS gold, as you can get many materials from them in RS but if you don’t want to waste time making RS gold, you can buy cheap OSRS gold at PlayerAuctions.com . Currently, though, it’s only available in RuneScape.

Here’s all you need to know to raise these adorably terrifying creatures on your own farm! 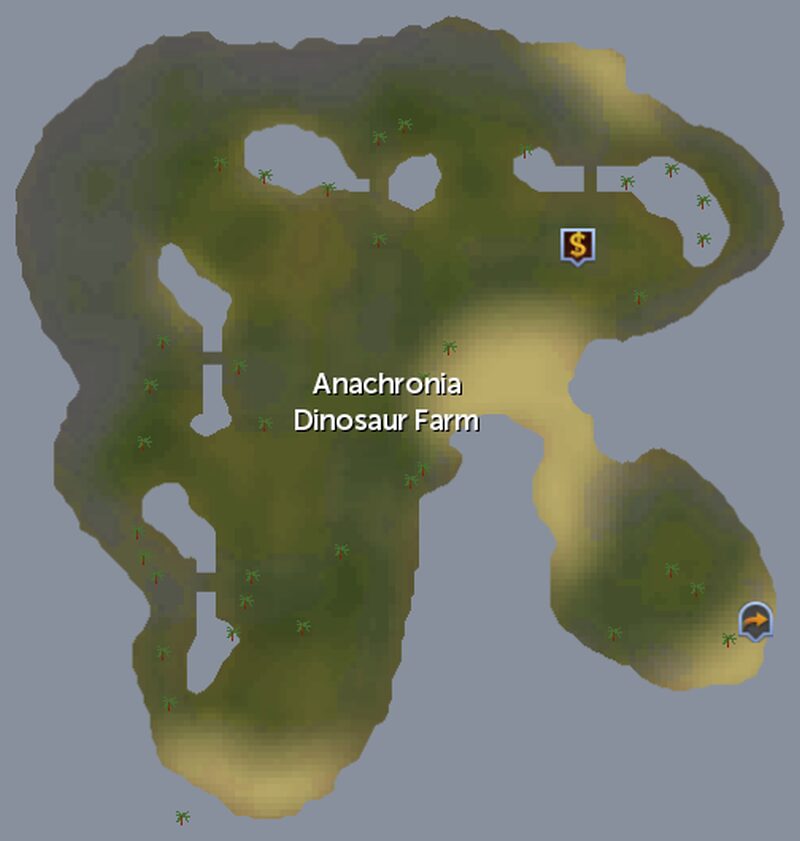 Your Dinosaur Farm is located in Anachronia, aptly named for being called ‘the Land out of Time’—possibly an homage to the classic ‘80s animated feature film about dinosaurs. You can access the location through the mystical tree at Manor Farm or on the west coast of the island. Take note that your character should have at least level 42 Farming to be able to take care of these animals.

Prehistoric Potterington (Granny Potterington’s great grandmother) will help you set up paddocks to put your animals in. You need level 45-90 Construction to build them, however, so be sure to grind it out beforehand. Also worth noting is that the pens also use resources from around the island to build instead of the usual planks and nails.

A Pen Deed must be acquired before building new pens. Get them from the Farmer’s Market before building one. As mentioned in the previous section, you’ll need to gather materials from around the island if you’re to successfully undertake this task. You can build up to five pens, two large, one medium, one small, and a breeding pen. You can’t put different kinds of animal types in the same pen. Also, you must match the size of the animal with the size of the pen. The game won’t allow you to put small-sized animals on the large pens, for example. It’s all about compatibility if you want to put up a productive dinosaur farm.

The animals themselves can be obtained through the Slayer and Hunter skills, Big Game Hunter activity, or the Farmer’s Market. You may trade with others for animals, though they can’t be placed in the Grand Exchange. Irwinsson offers a random unchecked dinosaur egg for 80 hunter marks as well. 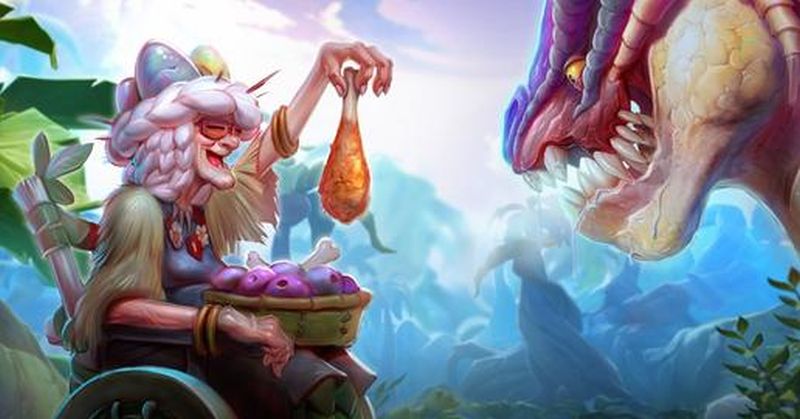 Pens have troughs to fill with an animal’s favorite food. Troughs will hold up to 1,000 units of the food. The appropriate food is listed in their info, and every animal will eat one unit every hour. If you have two animals in the pen, two units of the food will be used up every hour. It makes no difference whether your source is cheap or not, so go with the cheaper alternatives as it is the more cost-efficient method—unless you feel like you have a lot of money to splurge. For those animals with hard-to-find food types, try to have the Immune and Joyful traits on them. Those traits will keep your livestock happy and healthy without having to constantly fill their bellies.

Once you have your animals in their respective pens, they’ll start to grow exponentially. Growth has five stages, egg, child, adolescent, adult, and elder. Unlike plant farming, produce from animals does not restock. You may harvest for products for every stage of growth, however, so you’re likely to see returns to your investment without having to wait for too long.

As they grow, the animals will reproduce, signaled by a message that says ‘The animals in your breeding pen have given birth to a healthy child’. The child won’t grow until the next time you visit the farm after receiving the message, so don’t get overly excited.

Reproduction can happen outside the breeding pen, only slower. Animals may breed within variants, but not with different breeds. Jadinkos are all considered of the same species so the latter does not apply to them. The ‘Like Rabbits’ perk from the Manor Farm also carries over to this farm. 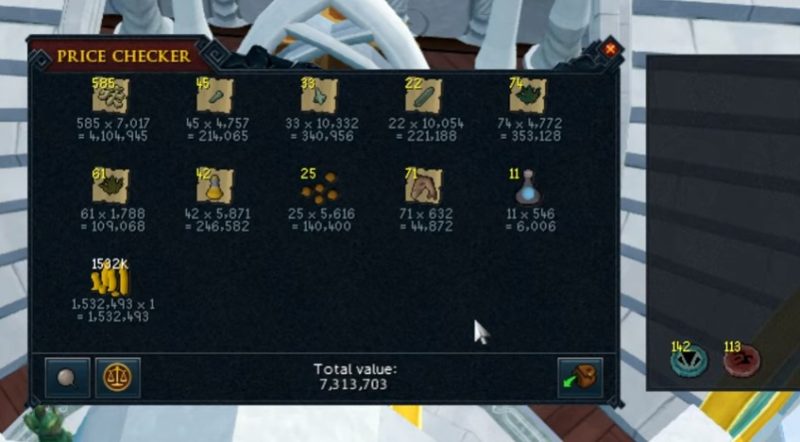 If you buy a totem from the Farmer’s market and place it on a pen (other than the breeding pen) with an elder animal in it, certain perks will activate. When you have two elders of the same species in two different pens with totems, it enhances the perk’s effects. As such, enhanced perks can only happen in large pens so make it a point to focus on this if you want strong returns in your investment. 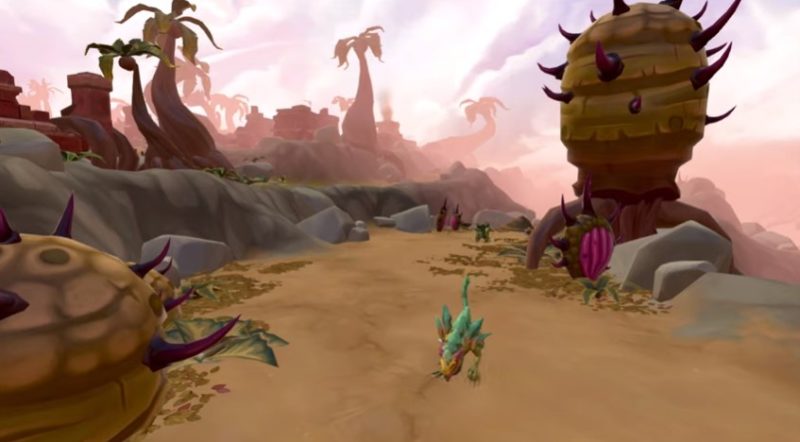 Like Manor Farm animals, you may sell these animals for beans. Similar processes and pricing apply. The only difference is the existence of certain buyers on your Dino Farm. There will always be three of them in the area. One would buy small animals, the second medium ones, and the third large ones. You can switch them up by talking to Prehistoric Potterington and choosing ‘Contract Options’ from the menu. You’ll be given a choice to pick the buyers you want for each size. If you do so, however, the new ones won’t appear until after 24 hours, so don’t be too hasty when changing the options. 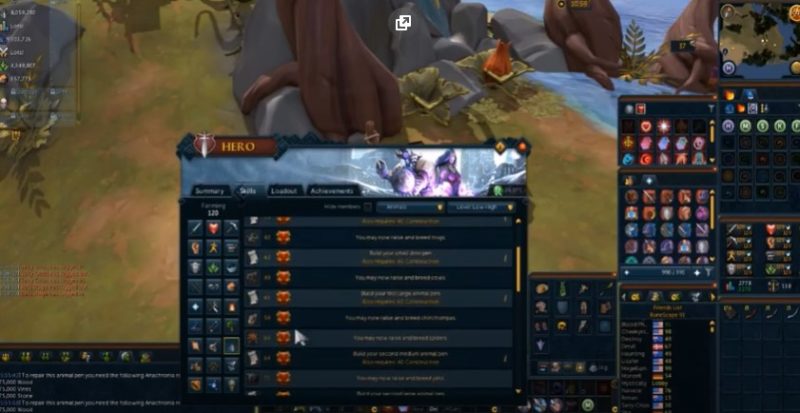 Create Your Ranch Out of Time Now!

Farming dinosaurs has never been this easy! What are you waiting for? The time to make your dinosaur farm is now. Sure, it’s a little more hands-on than trying to make RS or OSRS gold, but you get to raise dinosaurs! How cool is that?

Serena Williams Says She Knows Nothing Of Meghan Markle