$63 Million Will be Spent on Trump’s Visit to India, Special Unis Included

EXPRESS – 02/18/2020: Melania Trump and Donald Trump will have additional staff on their voyage to India. Today’s news has it that the First Lady will be accompanied by additional ten women who will be at her disposal at all times during the time in New Delhi and other cities they are going to visit.

The visit is scheduled for February 24th and 25th, and the first stop will be New Delhi. The 10-member team, constructed only of women, will wait for her there. All of them will be members of the Indian Police Service (IPS). All of them undergo specialized training, which also includes lessons on how to speak with Melania Trump. 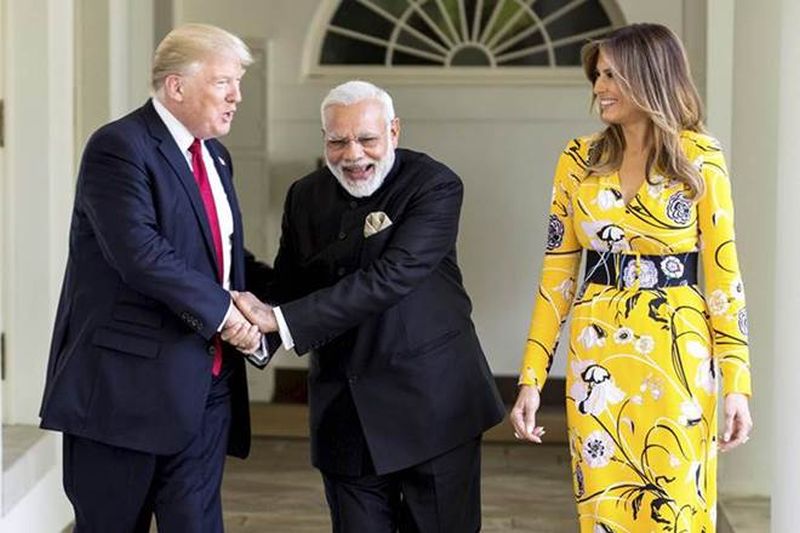 In addition to being the First Lady’s special guard, they will also have to wear specially-designed clothes. The norm in India for police officers to wear khaki garments. Instead, they will be dressed in trousers and blazers.

Donald and Melania’s visit is a special event for the locals, which will be seen through prepared festivities. It is estimated that more than $63 million will be spent because of POTUS’s visit. Indian media claims that all of this money went into security, events, and clean roads.

The most exciting part of these preparations includes planting 100,000 trees and flowers across the places that Trump is going to visit. Furthermore, miles of roads were also resurfaced upon Trump’s arrival.

The first stop for President Donald Trump and the First Lady Melania Trump will be Sardar Vallabhbhai Patel Stadium. This stadium is the biggest cricket stadium in the world. There, an event called ‘Namaste Trump’ will be held to honor the US President.

Thank you @narendramodi for the kind invitation. Looking forward to visiting Ahmedabad & New Dehli later this month. @POTUS & I are excited for the trip & to celebrate the close ties between the #USA & #India. https://t.co/49LzQPiVLf

It was Melania Trump who confirmed this visit via Twitter when she re-tweeted Prime Minister’s of India tweet: ‘’Thank you @narendramodi for the kind invitation. Looking forward to visiting Ahmedabad & New Dehli later this month. @POTUS & I are excited for the trip & to celebrate the close ties between the #USA & #India.’’