After the enormous box office success of RoboCop in 1989, where a fatally wounded cop returns as a superhero robot to fight crime in Detroit, the viewers couldn’t wait for sequel to be filmed. Si-Fi movies were quite popular in the 80’s, with great movies like Terminator and Ghostbusters, and it wasn’t a surprise this movie got great reviews.

There years later, RoboCop2 was out, but unfortunately the critics were quite harsh towards it. Even though it was a blockbuster, it was said that the movie was “a bizarre mixture of violence and humor”. The audience loved it though.

There were many things about this sequel that many people didn’t know, and here are some facts that you might find interesting.

The director of the first movie, Paul Verhoeven, was already working on Total Recall when the production for RoboCop 2 started, so he wasn’t able to accept it.

After many rejections form other directors, the production then took Tim Hunter, who was already known by his direction in drama River’s Edge.

Unfortunately that cooperation ended in pre-production, just few weeks before the movie was supposed to be filmed. Tim was unhappy with production and the dark yet humorous note that was in it, and they had to find someone new so they could start on the scheduled date.

The director’s chair was handed over to Irvin Kershner, who agreed more with writers and he was re-working with the writer on the scrip before directing it. That was his last movie that he directed. 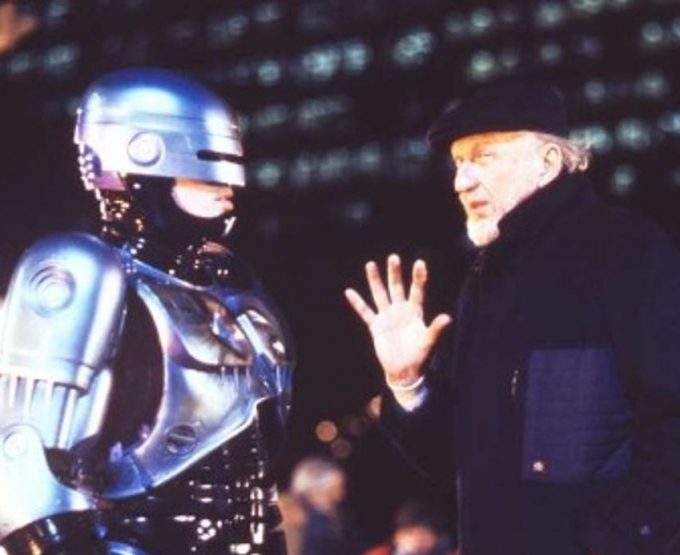 2. Too violent for the viewers

The movie is science fiction action movie, and in its original production it had many violent scenes, so filmmakers had to do significant cuts to make it more acceptable.

They were afraid to get X ratings, which would reduce its audience to adults only. That might have affected the quality and the story, but they didn’t want to gamble.

In some countries, it had to be cut even more, as some scenes seemed inappropriate for viewers under 18.

3. Promotion of the sequel

Promotion of any a movie is very important things and many things depends on it, like the interest and diversity of the audience. 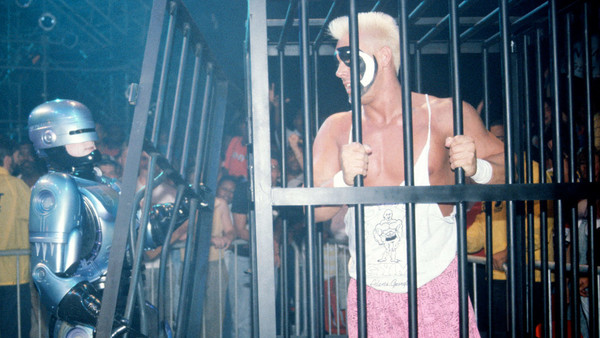 That’s why the marketing team thought that brining a RoboCop to WCW would be a great idea. He was supposed to save a singer Sting from a wrestling team.

Unfortunately, it backfired and both the movie and WCW audience didn’t like it much, which was also one of the reason it wasn’t well accepted.

4. Thank You For Not Smoking’

Fun fact that many younger people don’t know is that in the 80s it was allowed to smoke cigarettes in closed spaces. At that period of time, there was a campaign to ban smoking in cinema and other places, so this was a good way to start.

In the movie there is a scene were RoboCop shoots around a smoker, which terrifies him and he sips out a cigarette, after which he says “Thank you for not smoking”. This scene was played in the cinemas before movies, to promote both the sequel and also healthy life.

5. The main actors were against the sequel

The original actors Peter Weller and Nancy Allen said that they didn’t enjoy filming another movie.

Peter said it wasn’t comfortable to be in the suit and he couldn’t find a satisfaction in wearing it again. For him it lacked a soul that original movie had, so he decided he won’t be in the third movie.

On the other hand, Nancy thought that the director Irvin really hated her, and she found it unpleasant to work with him. She appeared in the third movie but asked producers to kill her character right at the beginning of the movie, which they did.

Nancy’s character Anne Lewis was very important part in the first movie as well as in second. Frank really liked the character and he wanted to give her more credit in onscreen time, as well as her own story were we would find out that Alex Murphy had feelings for her. 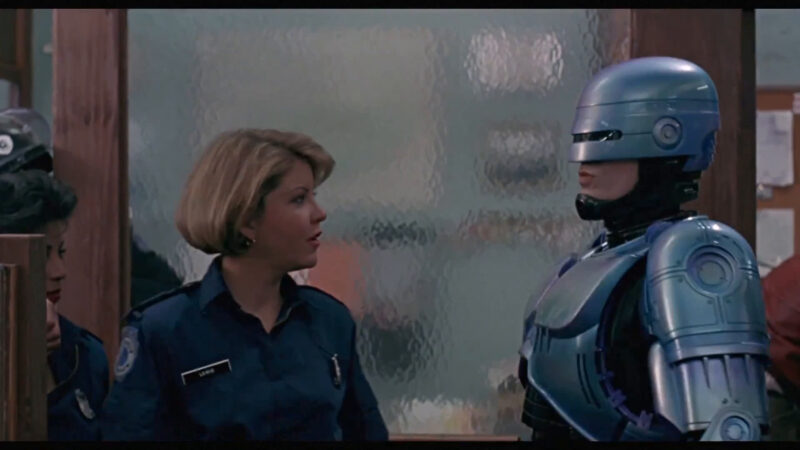 Unfortunately, the production thought it was irrelevant for the story, and it was completely cut in the final scenario.

7. It was not filmed in Detroit

Even though the entire film’s plot is set in futuristic Detroit, first movie was filmed in Dallas,Texas.

The production wanted to do the same when filming the second movie, but due some explosion scenes that were supposed to happen at night, the officials of Dallas declared the offer. The movie was then filmed in Huston, Texas.

Most of the scenes were shot on location, where an old elementary school became a police station, but there were also some sets built.

The writers of the original movie Ed Neumeier and Michael Miner were supposed to write the script for the second film. They gave a production a rough draft of what they thought it would be good for a new movie. The draft was named “RoboCop: Corporate Wars“

Orion Pictures liked the draft, but they gave writers a short time to complete the script which they couldn’t deliver. That’s why Frank Miller and Walon Green’s script was accepted for the movie, with some lines from the original draft.

In 2019, it was announced that the original Neumeier – Miner draft, will be a base for a new movie, RoboCop Returns.

When production was looking for a new writer for a script they had two options. One was Alan Moore, who kindly rejected and the second was Frank Miller, who wrote the script. He was known as a comic book writer, and was famous for his writing of Batman: One Year and Batman: The Dark Night Returns. 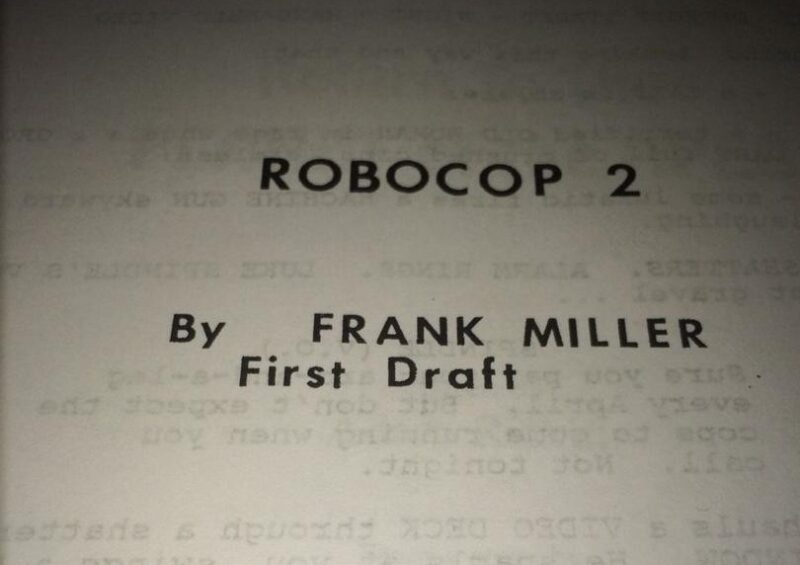 Even though he was good and famous writer, his original scrip wasn’t quite accepted and it had to go through some drafts before it was accepted.

Most of the pros used were not even a high tech. A creative prop department people used some everyday objects, like toilet fixtures or moisturizer for contact lens, to make it deadly and interesting.

It was interesting to find out what people can make from everyday objects, and it became a trend nowadays to do some DIY things from old, unused things, and make it great and useable again.

As we have already said, the movie was set in dystopian Detroit, where corruption and crime have overtaken the city. We are finding out that Detroit is close to bankruptcy, due to enormous unpaid debts to OCP.

The writers didn’t know that they were predicting a future outcome. In 2013, the city of Detroit had an unpaid debt of $20 billion, and they were filling for bankruptcy.

When we watch futuristic film, we always think that many things are there just to show how it might be in a future, but producers pay a great attention to details. In this particular case, the sequence of numbers we see when RoboCop was reprogrammed by Dr Juliette Faxx, actually have a meaning. 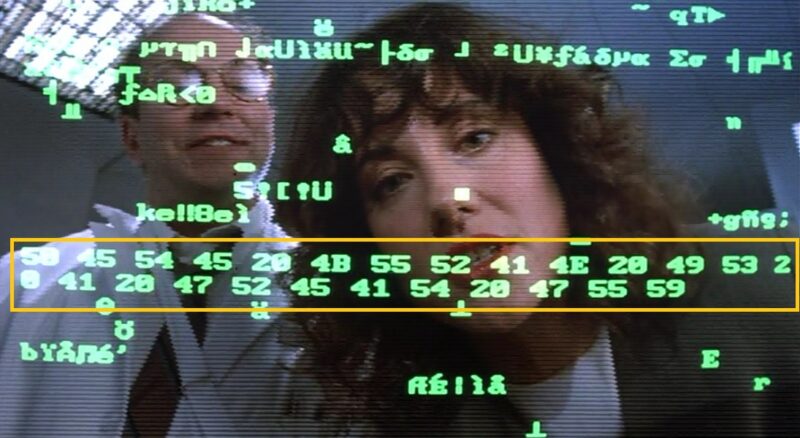 This is praise to the special effect photographer Pete Kuran who worked in the original film, and all of its sequence, and he was even nominated for a Saturn Award for his effects.

The film received mixed reviews from critics, yet it is fascinating to find out that the audience loved it. Not sure if it was because of the first film, or probably because of the pre movie premiers and marketing tricks, but it was No.2 at the box office in opening weeks.

It ended up being a blockbuster with earnings of $45.7 million.

14. Child killer was too much

The main reason critics didn’t give good reviews was mostly due some violent scenes and they thought that it would have a bad impact on a society. They were actually right is some ways as one serial killer once said that his first kill was based on the original RoboCop scene. He found it quite fascinating so he wanted to try it in real life. 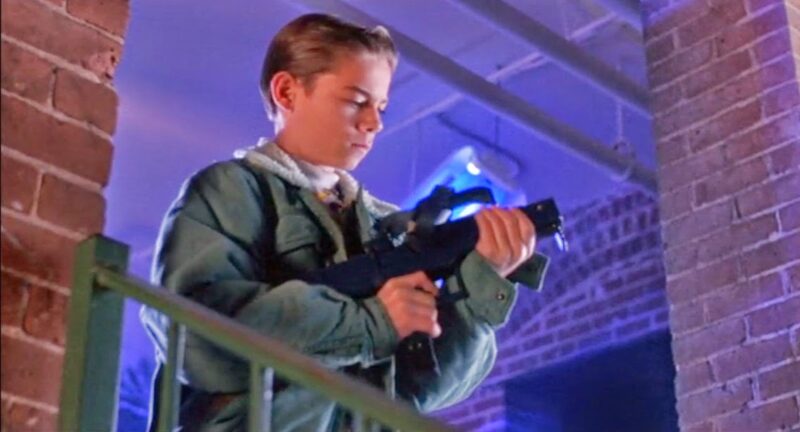 What was criticized the most was a scene where a teen boy kills people without any regret, just to please his boss Chain. He later even takes over the drug business. It was said that this might have a bad influence on teens and younger viewers.

There is one scene in a movie were Angie, played by Galyn Görg, was killed with RoboCop twisting and snapping her neck.

The scene was played by actress without stunt doubles, and it was so realistic that producers were afraid she seriously injured herself. Thankfully, she was ok and nothing was broken. In a later interview she said her friends and family found the scene disturbing and couldn’t bear to watch it.

This just has proven how great and dedicated actress she was.

As we have already said, there were so many cut in the film because the production didn’t want to get X ratings. The idea of removing some parts relevant to the story, no matter how violent they looked, seemed unnecessary for some actors.

There were many deleted scenes like when RoboCop finds out that Chain is inside the RoboCop 2, or when he hallucinates of visiting his own grave. 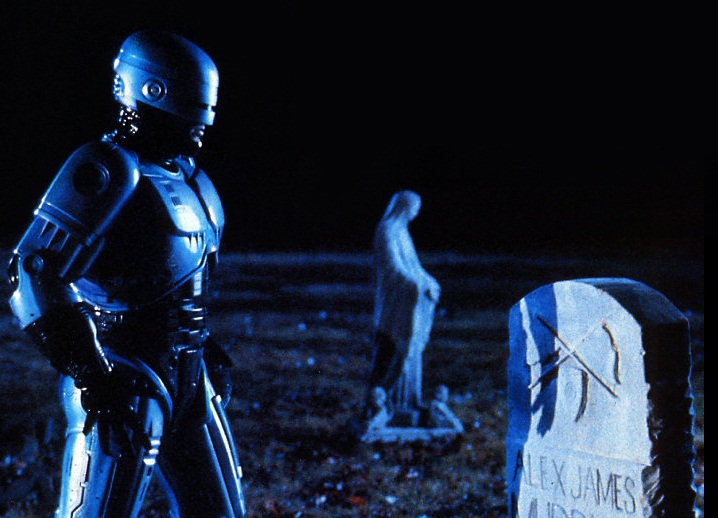 The main actor Peter Weller was quite unsatisfied when he saw a final cut of a film, saying the film made RoboCop lacking of any humanity, which wasn’t the initial idea.

Yet some parts definitely needed a cut, just to save the film from restrictions. The scene were corrupt officer Duffy was killed and chopped to pieces was just a lot for viewers to see, so it was a good idea to remove that particular scene from the movie.

It is known that action movies have many deaths and there are so many that are difficult to count. Or is it?

There are actually data on deaths in movies and there are 58 characters that die on-screen, making this second highest death count movie. Most of the characters were killed by Cahin and his men, having only few deaths caused by RoboCop himself.

The ultimate reward for on screen deaths goes to Die Hard 2, with over 150 deaths.

18. Unsuccessful transition from a movie to a novel

We all know that the best movies are those which were originally a novel, on which the movie is based, and that most of those got very good reviews. But what happens when you try to make a movie into novel. Well, that wasn’t so successful for this sequel.

The writer Ed Naha thought that it would be great to write a novel. Named simply RoboCop 2 : A Novel based on the script, but people found it very bad. Critics were harsh calling it unpleasant to read, and some said they would rather watch the movie again, and calling it a masterpiece in contrast of the novel.

19. Change in characters gender to fit the film

Patricia Charbonneau’s character was supposed to be a man, according to script writers. But at the end they decided it would be good to have an unnamed woman for a lab technical who works on RoboCop.

Why did we say unnamed? Well, no character ever says her name in the movie, even thou she had a very important supporting role in the movie. 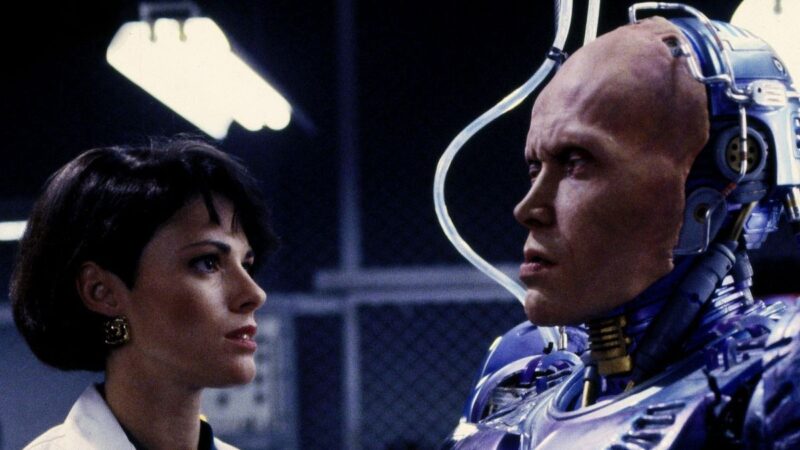 Only thanks to Ed Naha’s novel, we find out that her name is Linda Garcia.

Even though there is still no release date for the new RoboCop movie: The Return, we are excited to see what new will be brought to us with this franchise. Now that we live in era of technology we assume that the new sequel will go even further into future with new technologies and ideas.

We will discuss all of that as soon as the new sequel comes out.