Most of us know for popular instruments like piano, violin, guitar, flute, and many more. However, there are lots of unique instruments that most of us never heard of before. Every nation or region has some uncommon instruments that are only used in some particular areas of the world. We all know the sound of standard instruments, music is the main sort of entertainment in the world and many of us could not imagine the world without music.

This technological era has brought significant changes to the science of providing high-quality music. Many take their passion for music a step further by continually seeking high-fidelity sound reproduction and online resource like the MusicCritic.

For thousands of years, people are developing different types of instruments similar to wired ones, pans, flutes, pianos, and many more. Some of them are capable of creating unique sounds and has an uncommon way of playing. The main difference between them is many of those exotic instruments are very hard to learn to play. However, there are some that you can easily learn just like standard most popular ones. Here are unique instruments that you can easily learn to play.

RAV Vast represents a metal object that acts as a drum and provides special sound, unlike any other analog instrument. This instrument is a creation from Andrey Remyannikov, a Russian engineer who invented it in 2013. The specter of sounds that this instrument creates is calming and ambient. On the other side, anyone can learn to play it very easily without the need to learn complex notes and rules in music. You can visit Ravvast.com if you are interested in various versions of this instrument. 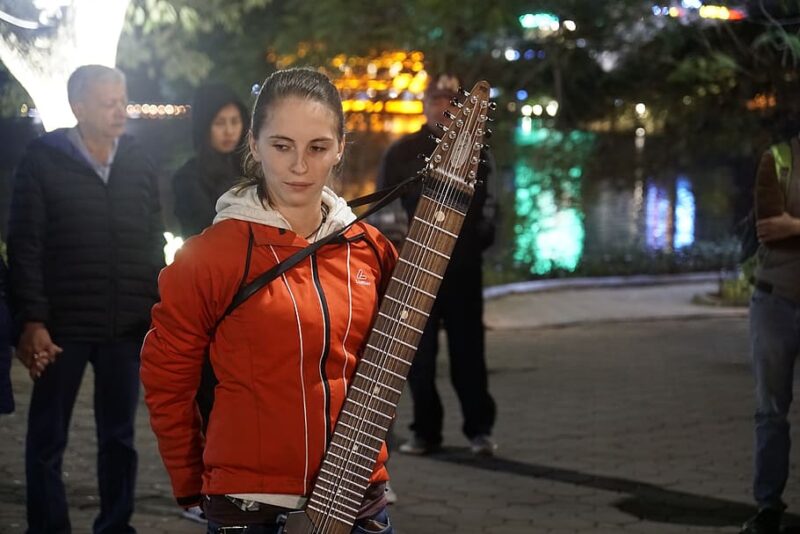 The Chapman Stick is an instrument similar to a guitar, buy it has ten strings instead of six. The instrument got its name by the inventor, Emmett Chapman. Also, other models have 8 and 12 strings. The process of playing is very easy, and you just need to tap on the strings. The modulation of strings is the same as for standard guitar. 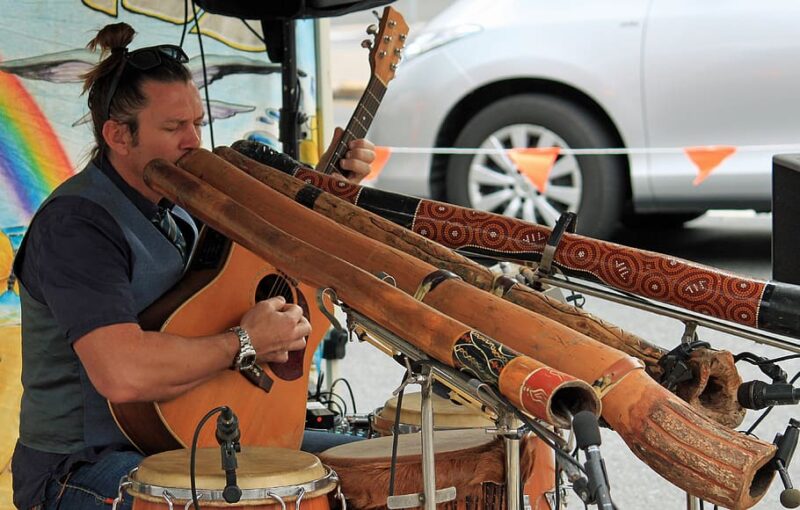 If you like unusual atmospheric sounds, we advise you to check Didgeridoo, which is an instrument from Australian tribes similar to a flute. The material used for this instrument is the eucalyptus branch. The sound made with this pipe like flute is deep, evocative, and unique. 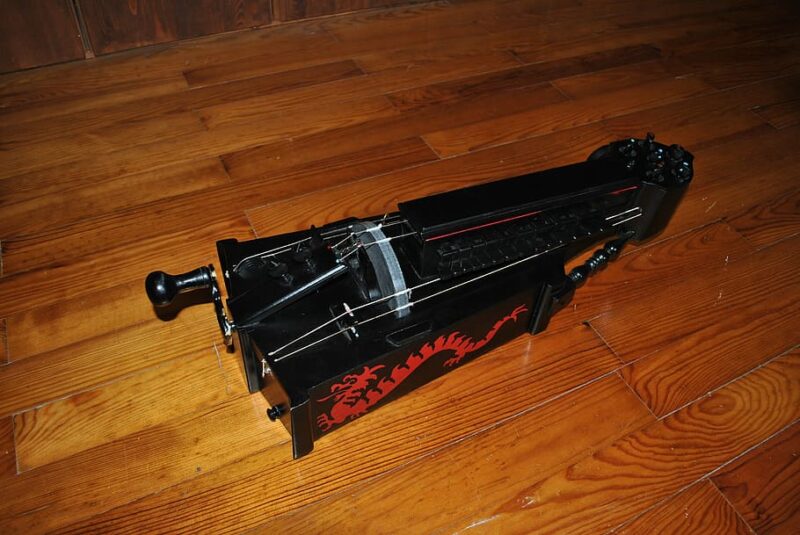 While this instrument was widely used in medieval times, most of us never heard of it today. The construction of this instrument consists of a base similar to the violin with strings, and a mechanism with a wheel that you need to turn during play. The sound made with hurdy-gurdy is something like a combination of bagpipe and strings. 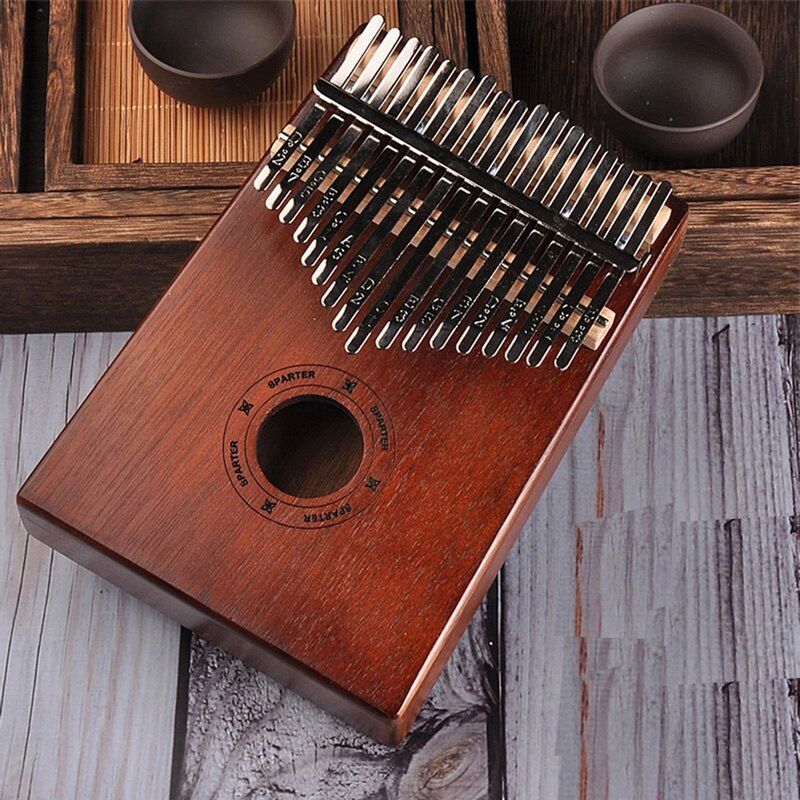 Kalimba is one of the oldest instruments that origins from West Africa. This instrument was found 3,000 years ago by African tribes for their ceremonies. The construction is made from a piece of wood and metal layers that you have to tap for the sound. The notes are similar to the piano. This instrument is simple and entertaining, which is the main reason why so many people are still using it today. 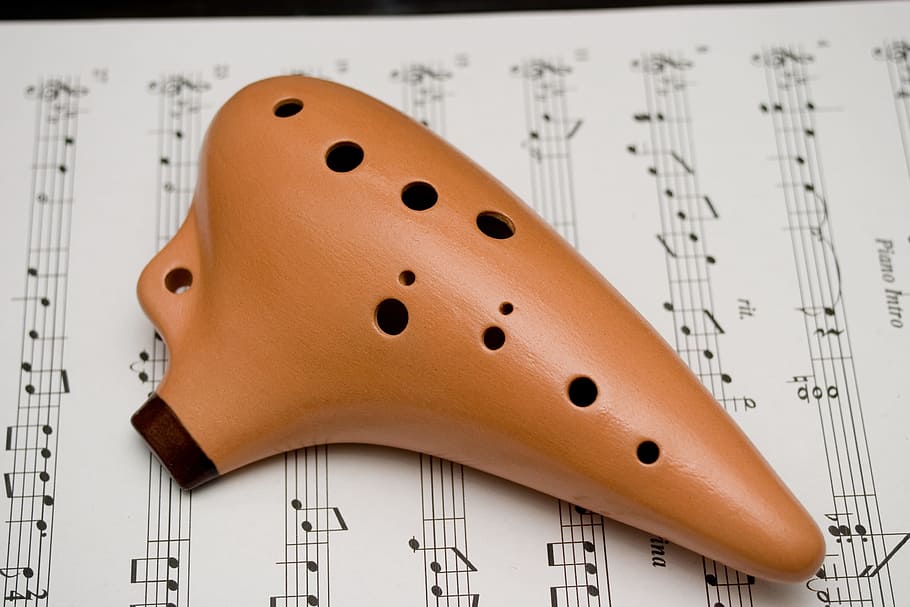 Ocarina is one of the most popular among exotic instruments. This ceramic object, similar to the flute, is being used for more than 12,000 years by Incas, Mayas, and Aztecs. While it is most popular in South America, we can see that many people in Japan and Europe also use Ocarina for a long time. This instrument comes in various shapes, and it can produce the sound similar to a flute. 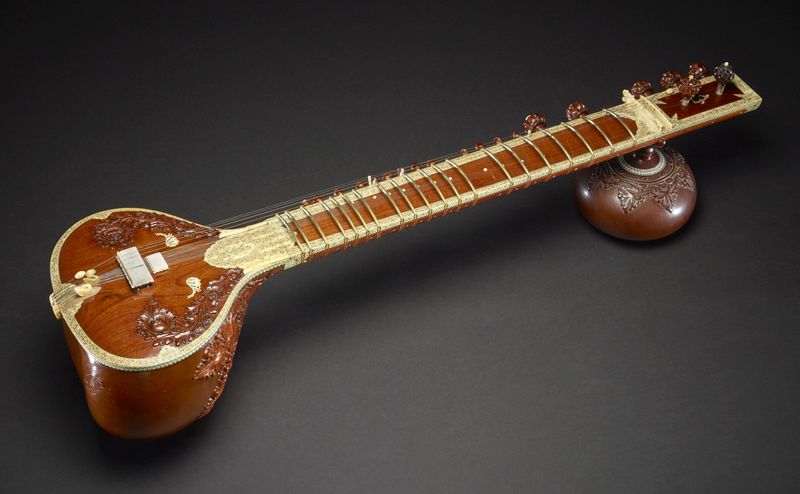 Sitar is another ancient instrument with origins from India and Persia. It can be made from various materials such as pumpkin or mahogany. Also, you can modulate the sound by bending the strings. This instrument is most popular in Indian ethnic music, and it can create special sounds while you are playing it like a guitar. 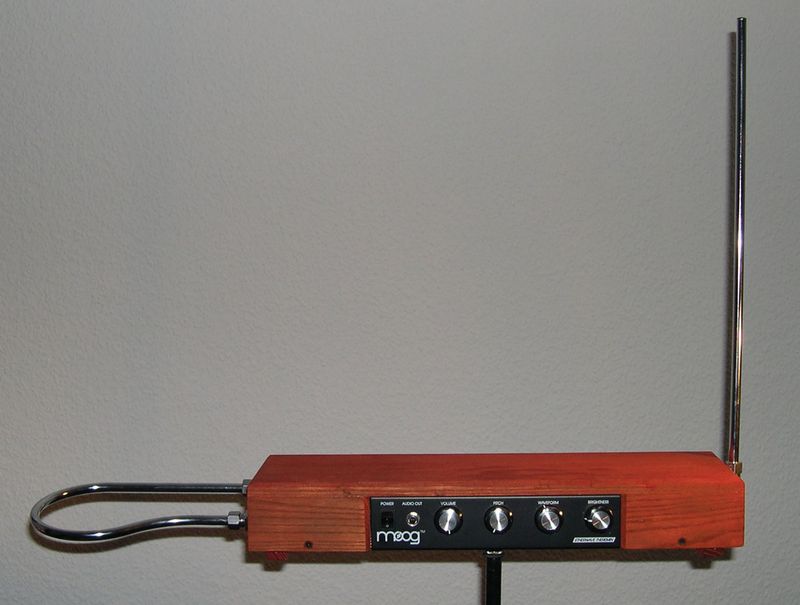 The Theremin is one of the most unusual instruments because you don’t need to touch it to produce the sound. It was created by Russian scientist Lev Sergeyevich Termen in 1920. However, he intended to create a wireless motion sensor that is using radio frequencies. This instrument is mostly used for creating special effects in movies because it produces authentic scary sounds that are perfect for horror movies. 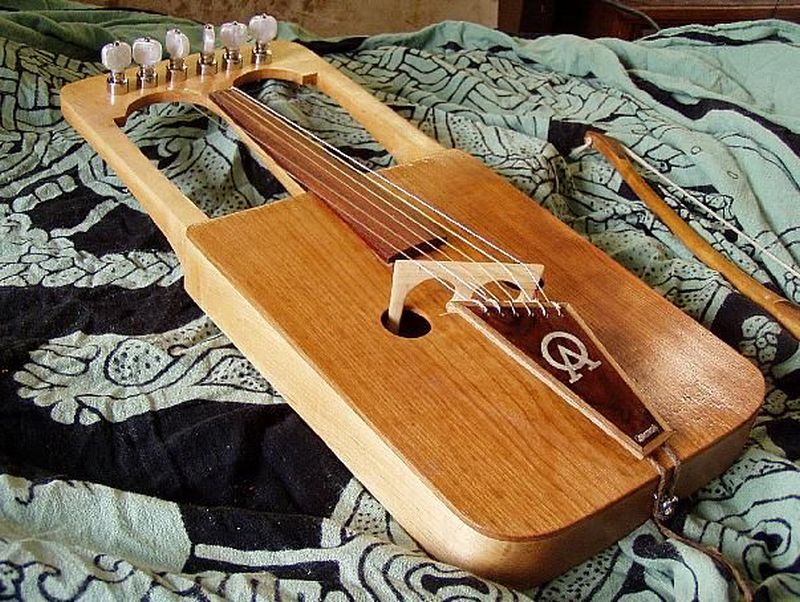 This instrument belongs to the Welsh medieval culture, and it is similar to a violin. However, it is still popular today because it can create authentic sounds. If you were ever listening to the ethnic Celtic music, you probably heard this violin-like instrument in their songs. The method of playing is similar to the violin or cello. 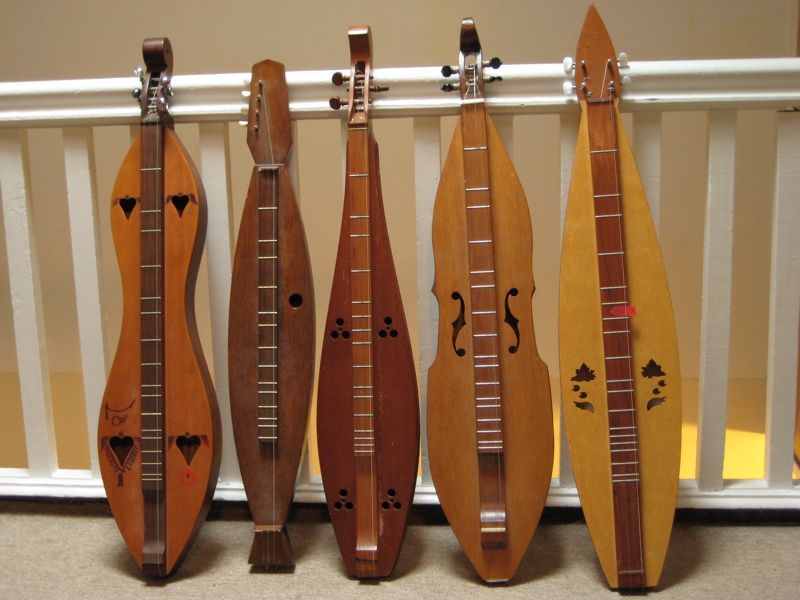 This instrument is played by tapping on its strings while holding it in your lap. It is most popular in Scottish and Irish culture and American folk music. It can create entertaining sounds, which makes it very popular today. Also, you can easily learn to play it just like any other instrument with strings. 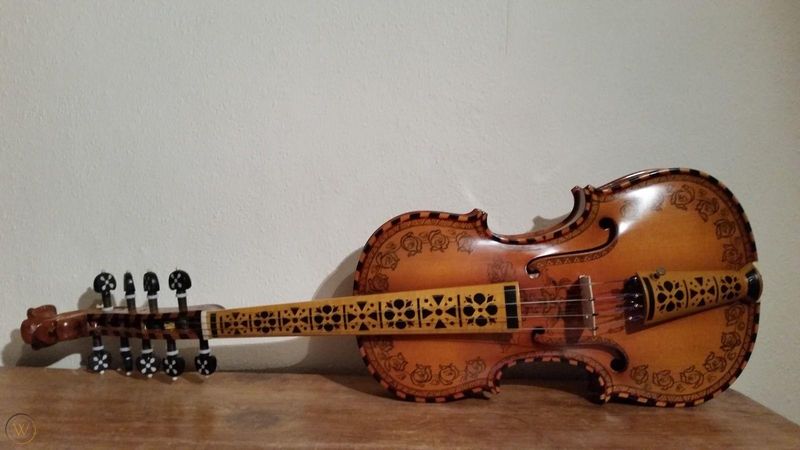 Hardingfele or Hardanger Fiddle is a Norwegian instrument similar to a violin, but it has 4 of 5 strings instead of 4. The main difference between it and the standard violin is that Hardingfele produces more echo. The main use of it is in Scandinavian folk music, but it is popular in the United States as well. 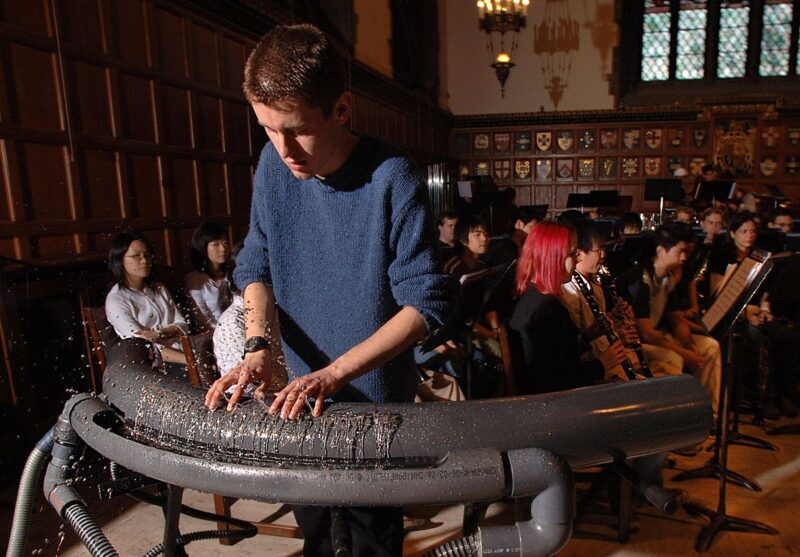 If you are interested in some unusual instruments that uniquely create sound, be sure to check out Hydraulophone. This instrument is using water vibrations to produce a variety of relaxing sounds. However, it is not easy to build such an instrument, but you can have a chance to play it if you visit the Science Center in Ontario, Aquarium in Florida, Legoland in California, and some other places. 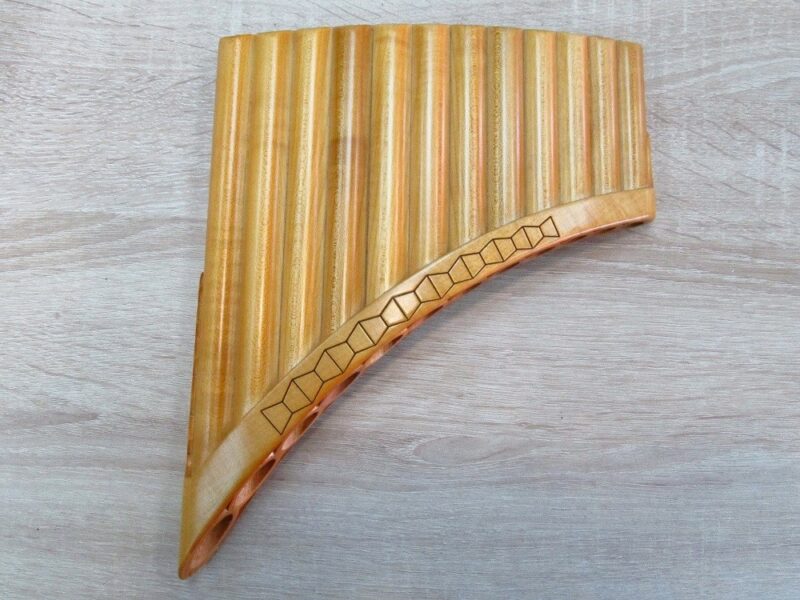 The Pan Flute is mostly popular because of Greek mythology. This instrument got its name by a Greek God Pan. On the other side, Pan Flute is also popular in American Culture, especially in South America. There are various types of this instrument, with the main difference in the number of tubes that it has. The sound made with Pan Flute is light and relaxing.