She Was Married 9 Times: The Life Story of Actress Zsa Zsa Gabor

“I never hated a man enough to give him his diamonds back”, said the famous Hungarian-American actress Zsa Zsa Gabor on multiple occasions, and it is something she had lived by all her life.

Although she appeared in around fifty movies and countless TV shows and series, the world remembers her for her turbulent life, nine marriages, and hundreds of relationships and flings that she was never shy about. 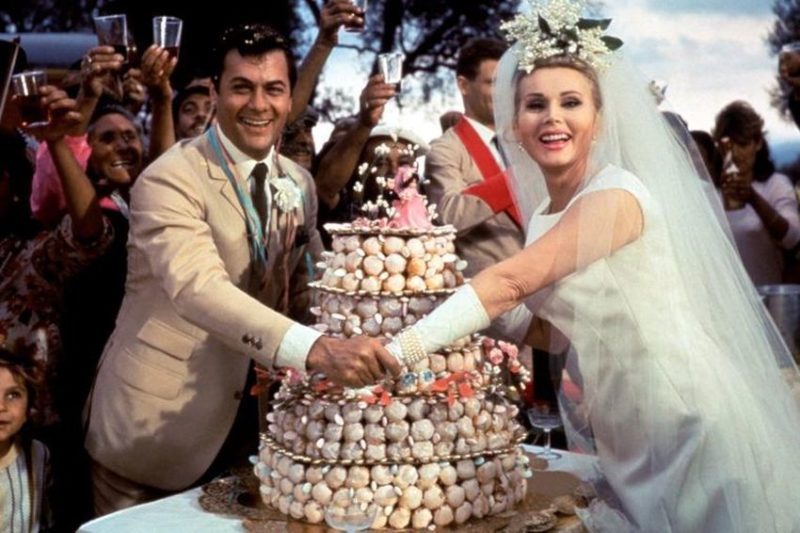 Although information about her birth vary, she seems to had been born on February 6, 1917, in Budapest, Hungary, Austro-Hungarian Empire, as Sari Gabor. She was the second of three daughters of a military man Vilmos Gabor, and his wife Jolie Gabor, a housewife. Both parents were of Jewish ancestry. 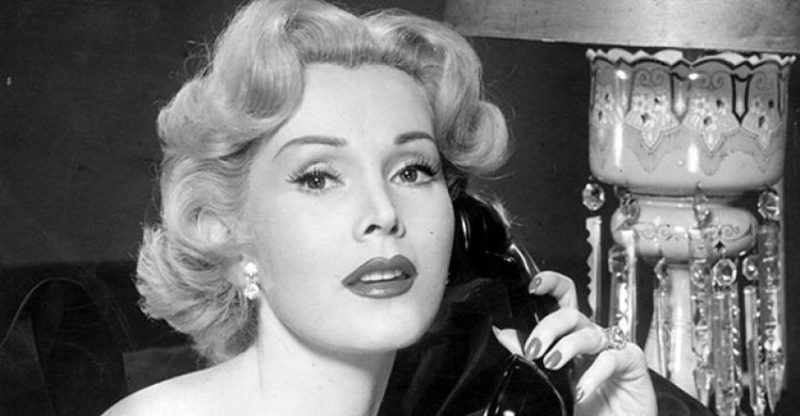 Her older sister Magda, and younger sister Eva, were very close to Zsa Zsa while they were growing up. Their mother kept a close eye on the three of them. Her dream of becoming an actress never came to be, so she wanted to realize her ambition through her three daughters.

The Gabor family was immensely powerful and rich. They lived in a lavish villa in Budapest, which was kept by seventeen homemakers, butlers, and cleaners. All three daughters attended expensive private schools, first in Hungary and then in Switzerland. Zsa Zsa even spent a year at the Vienna Conservatorium. Jolie Gabor did not hide the strict patch she put in front of her daughters in her autobiography, which she wrote when her middle daughter became famous: “They had to learn that being beautiful is not enough. They had to be the most beautiful and act like ladies”.

Beauty is the Key to Success

While they were still girls, their mother made them believe that the look and beauty are the greatest attributes of a woman, and Zsa Zsa decided to “cash in” on her looks at the tender age of 13. She applied for the Miss Hungary Competition, and won. She admitted the following in her book “One Life is not Enough”: “I wore the crown for no more than 5 minutes, before the judges found out about my age and sent me home.” 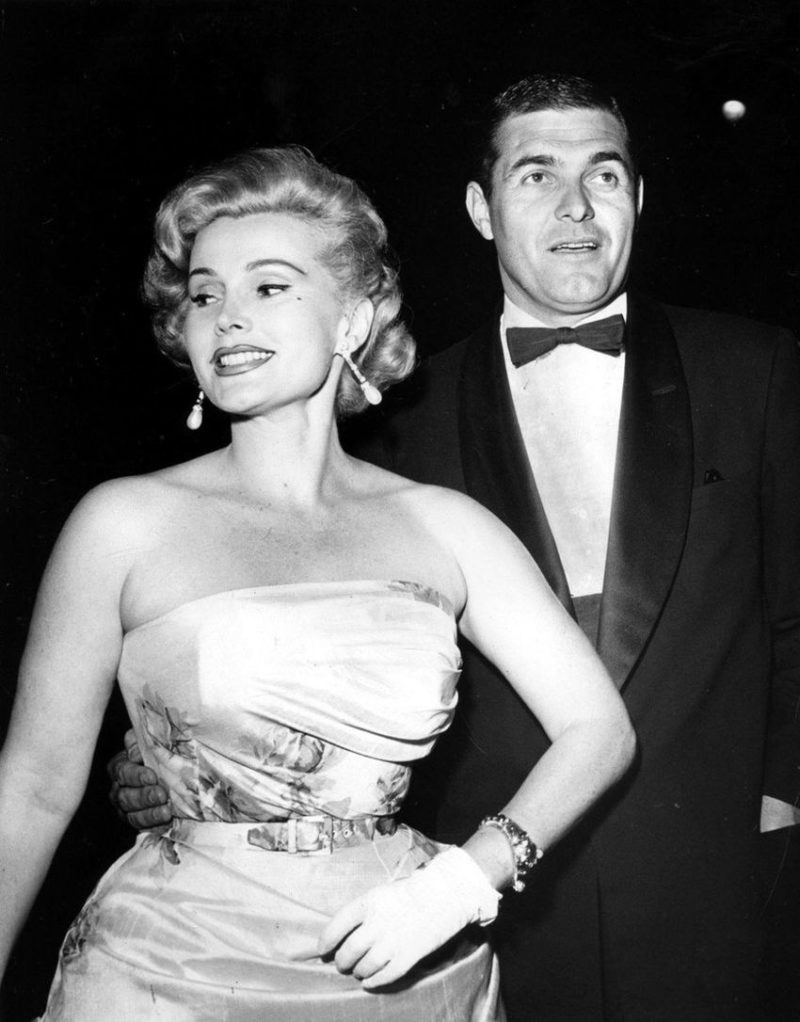 However, the win at this contest cemented her belief that her mother was right all along. Beauty is the key to everything. A set of bizarre circumstances pushed her into a crazy adventure six years later, as she found an abandoned puppy on her way from school. She brought it home, but her father who loved horses did not allow her to keep it, since they already kept 13 dogs. She decided to marry, so that nobody can forbid her from keeping the dog.

She called her father’s friend, the Turkish culture attaché Burhan Asaf Belge, and suggested marriage. He allegedly told her during a dinner party at her home that he would one day marry her. He accepted her proposal. Her father was of course furious, but his wife softened him down saying that the political scene in Europe is tense and that diplomatic connections could be very useful. They married at the start of 1937, just before Zsa Zsa’s 20th birthday.

“I never thought about how much older he is than me. I only cared about keeping the dog. He did not like the dog, especially because he slept in the same bed as me. That is why we never consummated our marriage. Turkish people prefer cats. To be honest, he acted like my uncle. He cared about my school, dentist appointments, and my behavior. He was smart and I learned a lot from him.” 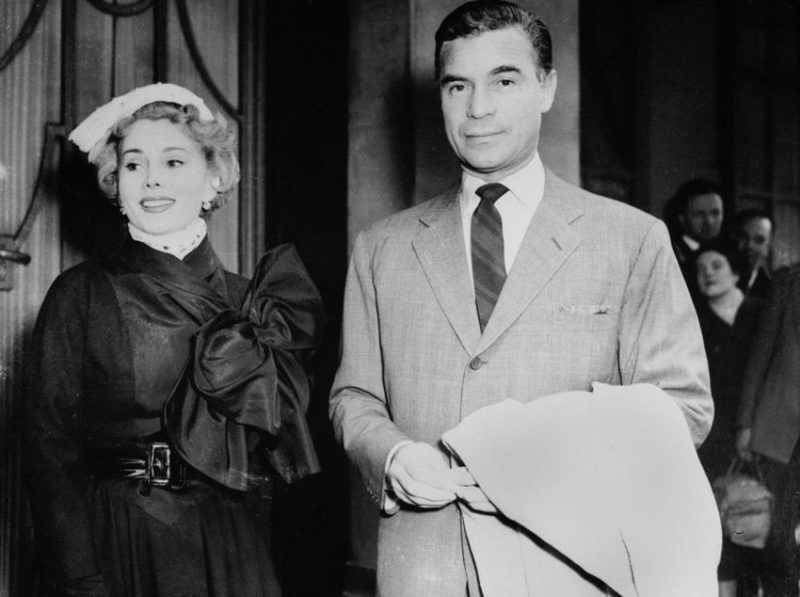 After she came to Ankara, she fell in love with Turkey and learned the language very well. However, the most important thing for her was that she met a lot of interesting men, of them being Kemal Ataturk, the father of the modern Turkish country. He was famous for his passion for beautiful and very young women.

“I don’t know how it happened, but Kemal quickly began to attract me. He impressed me with his sexual skills and seduced me with perversions.”

World War II was just around the corner, the times were tough, and the uncertainty regarding the upcoming conflict was harder and harder to endure. Zsa Zsa followed her sister Eva, who moved to California in 1939 with her husband, a Swedish doctor. Her dream of becoming an actress was still alive, but she never moved past several B-production movies. 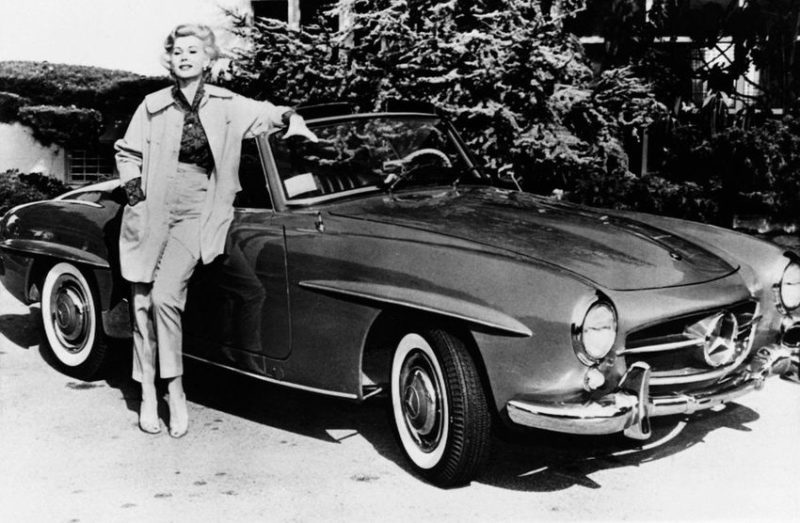 Zsa Zsa however had a much stronger will and a greater drive for success. She came to USA in 1941, using her diplomatic passport. She left her husband in Ankara and started the divorce process.

The Hollywood social scene was the place to be for her, a true piece of heaven. It was filled with millionaires who swarmed and flocked around her. She hardly resisted. “I love men, but only those with 50 karats”.

She did not hesitate and no time was wasted. She became the mistress of Conrad Hilton Sr., a Texas multimillionaire and the owner of “Hilton” hotels. “I proposed to him at the start of 1942 and he immediately accepted. Men should not be allowed to make their own decisions, because it lasts too long,” she wrote in her book.

The marriage lasted for nearly 6 years. She had her only child, Francesca, on March 10, 1947. She said that the daughter was the result of a “rape in a falling marriage”.

Realizing Hilton gave her everything she wanted, she divorced him and became single again at the end of 1947. “Divorcing someone whom you don’t love is as stupid as marrying someone just because you love them.”

With the millions she had following the divorce, she brought her other sister and parents to America, thinking that following the war, America would suit them better than the Communist Hungary. Although their parents divorced in 1939, they both accepted her suggestion after they spent the hardest parts of the war in Portugal. The came to California too, and her mother bloomed there. She could finally become an actress, or so it seemed. In the heavy competition with younger ladies, she was not successful. She was a very prominent executive though, as she opened two jewelry stores, in Madison, New York City, and Palm Beach, Florida. She married and divorced two more times, but this is nothing compared to her daughters.

An Army of Lovers

Magda was the only one without acting ambition. Zsa Zsa helped her in finding a worthy and loaded husband and brought her into her social circles. She married William Rankin, a screenwriter. She divorced him after several months, earned millions from it, and married George Sanders. Their marriage was even shorter but more controversial. After their six-week long marriage, Zsa Zsa started dating him and married him. 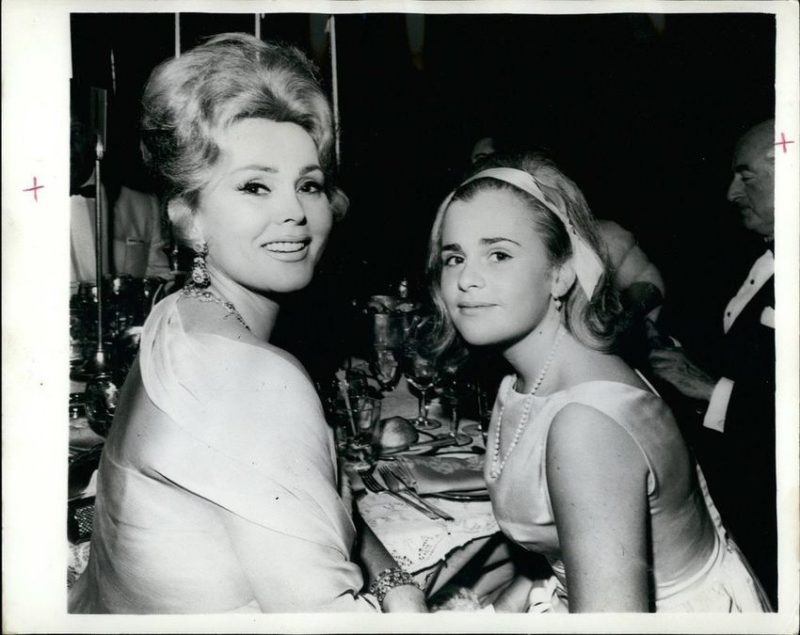 After an appearance in “Bachelor’s Heaven” in 1951, she was widely noticed. She wore a stunning black Balenciaga dress, and an expensive diamond necklace and ring combo. Gabor fascinated the public and in several days, she signed a five-year deal, and got a role in the musical “Lovely to look at”.

Eva and Zsa Zsa appeared on the covers of “Life” magazine, and were described as “beautiful as sin itself” by the famous American TV host Merv Griffin. He even dated Eva for 12 years, while Zsa Zsa used her ever-growing popularity to gain more and more influential men. She never even tried to hide it.

She dated Nicky Hilton, her 2nd husband’s son, John Fitzgerald Kennedy, the future President, Charlie Chaplin, and Porfirio Rubirosa, arguably the biggest playboy ever. She refused his marriage proposal because he did not have enough money. 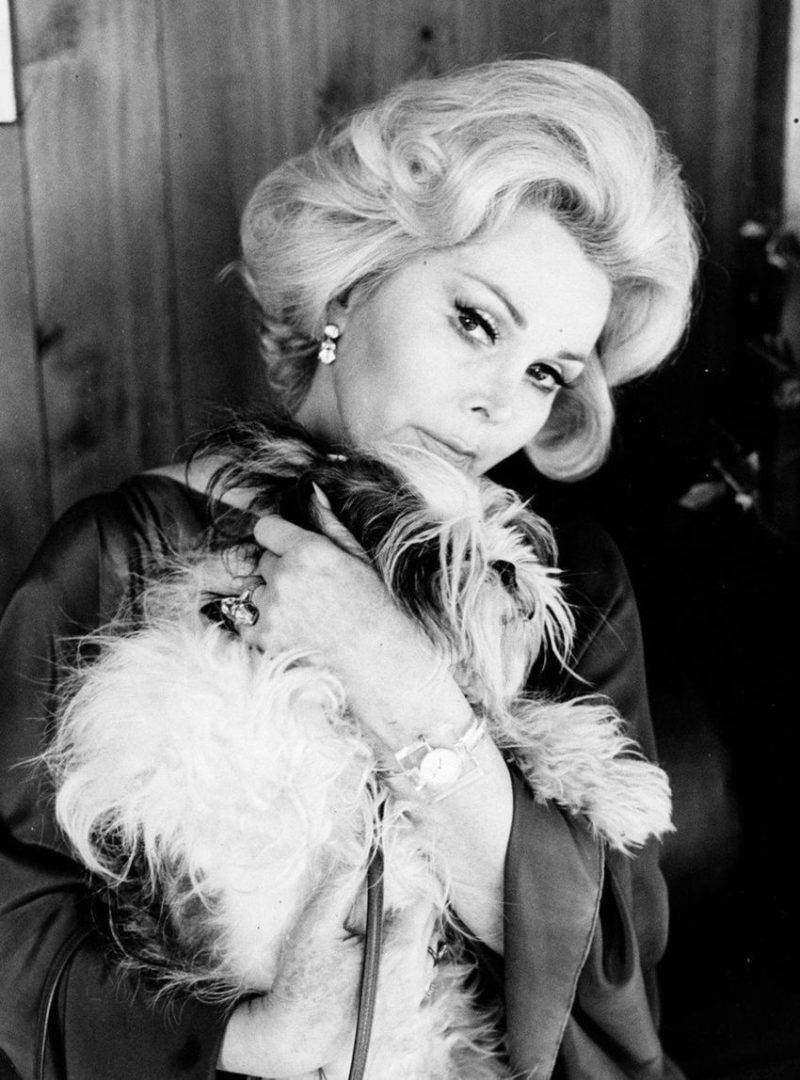 Her movie career took off, and she appeared in John Houston’s “Moulin Rouge”. The famous director had trouble with her performance, which is before her told her to “forget about acting and to just walk towards the camera, shake her Hungarian booty, and walk like she wants to make love”. Everything changed after this. She made 44 more movies after this, it was still just a side job for her.

She dated Frank Sinatra, Tyrone Power, and Glenn Ford. Then came her fourth marriage, with Herbert Hutner, a financial advisor. It lasted a month, as she moved on to Joshua S. Cosden Jr., an oil magnate. She proposed, they got married, and divorced in 1967. From this husband she refused alimentation. Her sixth husband was Jake Ryan, one of the creators of the Barbie doll. This was again a short-lived marriage, sans her unfaithfulness.

A few months later her seventh husband appeared, the richest American lawyer at that time, Michael O’Hara. The year was 1977, and they were together until 1983. A month later, at 65, she married Felipe de Alba, an actor. The marriage was annulled because she was not yet officially divorced from O’Hara. In her seventh decade of life, in 1986, she finally found the one, Frédéric Prinz von Anhalt. She spent the remainder of her life with him. 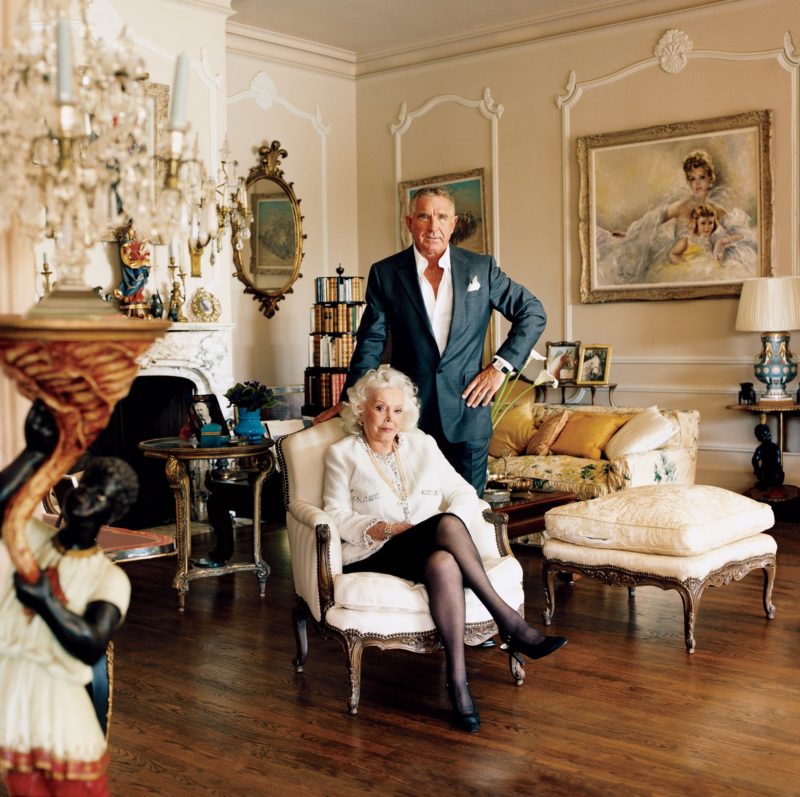 Between 1995 and 1997, her mother and sisters all passed away, and her downfall started. Sadly, she spent her last decade bedridden, following a stroke, a hip fracture, breathing problems, leg amputation, and numerous infections. Her only daughter and her ninth husband led a custody battle regarding her care. She passed away after her heart stopped on December 18, 2016. She was 99 years old.

The Star of “Beverly Hills” Tv Series Is Unrecognizable Today