Home Celebrities Will Smith Shows Off His Unbelievable Transformation
CelebritiesNews

It was a long road for Will Smith, but the Hollywood actor finally managed to bring to a closure the journey he started back in May. For Hancock actor, there were no days off in the last few weeks. Smith put on some weight during the coronavirus pandemic, and the once-fit star was looking quite chubby.

The Bad Boys star took the regular route, and first showed how he looked back in May, and then a few months later greeted fans with his current look. Smith deserved to brag about his progress as it is astonishing. He regularly posted workouts from his gym and made amazing progress each week. Now, he showed how far he has come by sharing his latest workout on TikTok. We can see the Focus actors doing pull-ups, lifting weights, and running on a treadmill. In the video, you can see him getting more and more ripped as time passes on. 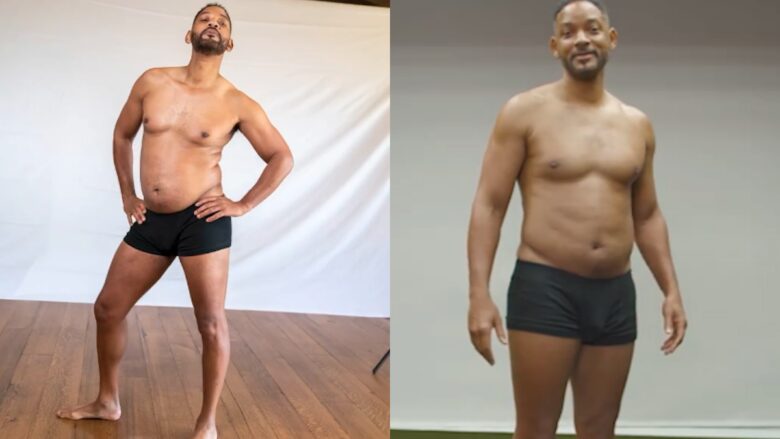 Will Smith was always one of the most handsome actors in Hollywood, and now once again he can say this. He captioned the video with: “And to think Sundays used to be for muffins.” He also posted a hashtag that told people that Smith is in the best shape of his life. This is something you can hear from NFL superstars trying to get back on track. Smith does look like he could line up at WR position with ease.

His fans couldn’t hide their excitement at the progress the actor made and some of the comments that stand out are “Beast mode” as one fan wrote it and “This is EVERYTHING” as another added. Smith really did lose some of his appeals down the road in the past year while he was inactive. Now his fans can have positive jokes, or as one fan put it: “I feel lazy watching this.”

You could argue that it’s easy for Will to active transformation like this as he is a millionaire actor, but it takes a lot of dedication regardless of your wealth. The Gemini Man actor really hit the rock bottom and stated that his appearance back in May was the worst he’s ever been regarding physical shape. The reason was according to his admission that he indulged in one too many snacks. He was honest back then to both himself and to fans and made a promise that he will leave the lazy Will Smith behind. His shirtless photo is proof that he wasn’t hiding anything.

Back to his Instagram post, the actor explained what transpired to him in detail. This is how the caption went: “This is the body that carried me through an entire pandemic and countless days grazing thru the pantry. I love this body, but I wanna FEEL better. No more midnight muffins…this is it! Imma get in the BEST SHAPE OF MY LIFE!!!!!”

As you can see in the more recent videos he took no days off, and the results are more than visible.

Can Creatine Cause Hair Loss?