EXPRESS – 01/09/2020: Ivanka Trump is the daughter of US President Donald Trump and his most loyal adviser. She is married to Jared Kushner for ten years now. Similarly to her stepmother Melania Trump, for her engagement, Ivanka received a costly diamond ring. But, unlike her stepmother, she doesn’t wear it often. So, is there a bigger story behind this?

For their engagement, Jared bought Ivanka a diamond ring valued at $400,000. Jared and Ivanka are both advisers in Trump’s administration and are happily married. This creates the question, why doesn’t she sport the engagement ring? 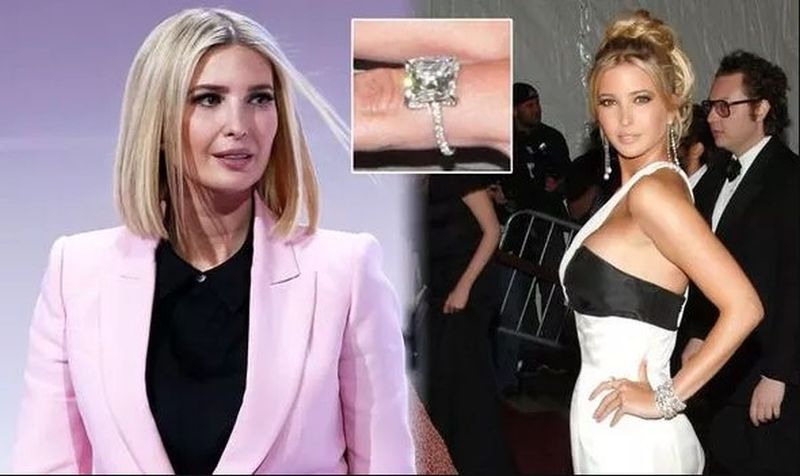 The pair started dating in 2005. They met through mutual friends. Ivanka and Jared briefly split in 2008, but they didn’t spend much time separated as their marriage followed in 2009. They have three children. The eldest is their daughter, Arabella, while sons Joseph and Theodore are six and eight, respectively.

Read Also: Was There a Controversy In Melania Trump Attaining Einstein Visa?

The jewel that decorates the engagement ring is a 5.22 carat, D Flawless custom cut diamond. Its price at the time was $400,000, according to Tobias Kormind, managing director of 77Diamonds.com. Ivanka designed the ring itself while Jared picked the rock. Even with all of this, she chooses to wear it rarely.

The reason might be her father’s Presidency. When Donald Trump assumed the office, Ivanka Trump became one of his closest advisers. While in this role, she often speaks out on the subjects relevant to her and her father’s administration.

Before entering politics, Ivanka worked as a model and a TV personality. In these roles, she more often than not sported expensive jewelry. She even created a line of jewelry called Ivanka Trump Fine Jewelry. Because of this, many started to question why a person who enjoyed showing off her accessories stopped wearing them at all.

The reason is her new-found political role. She now deals with matters of social politics such as women’s rights and inequality and considers wearing jewelry that stands out as inappropriate.