Cardi B Wants To Leave America Because of Donald Trump

THE MIX – 01/10/2020: It is not uncommon to hear celebrities that are not on the same page as President Donald Trump wanting to leave the United States. Some of them have genuine hatred towards the man in charge. As of now, none of them actually did what they said.

Today we have another superstar that apparently had enough of Mr. Trump. A famous US rapper that goes under the name Cardi B wants to leave the United States. The reason is her inability to live any longer under the 45th US President. 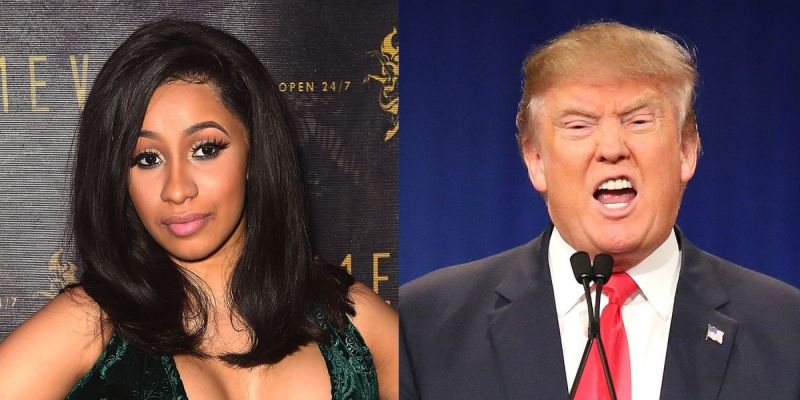 Cardi B, who is a successful rapper, even a Grammy-winning one, wrote on Twitter that she is applying for Nigerian citizenship. The rapper, who in the past was an exotic dancer, claims that she can’t support Trump’s politics anymore. The drop that spilled the water was Trump’s attack on Iran.

After speculations about World War 3 started, Cardi B made her opinion public. She is also dissatisfied because POTUS made the US target for Iranian retaliation after their general Qassem Soleimani was killed.

Cardi B chose Nigeria as the country whose citizenship she now wants. We’re not sure why she choose this country, but Nigerian authorities responded to her. Chair of the Nigerians In Diaspora Commission, Abike Dabiri-Erewa responded to Cardi B on Twitter and claimed that Nigeria would accept her with open arms.

Naaaaa these memes are fuckin ?? ?but shit ain’t no joke ! Specially being from New York .Its sad this man is putting Americans live in danger.Dumbest move Trump did till date …I’m filing for my Nigerian citizenship.

These claims by Cardi B come as no surprise as she is a devoted Democrat. Most people know that she is supporting Bernie Sanders as a Democrat candidate for 2022 general elections. She even interviewed him, as you can see below.

It remains to be seen what will be the next step of this famous rapper. It is hard to believe that she would switch America for Nigeria. Trump or no Trump, the USA remains one of the greatest countries in the World. Furthermore, there are no guarantees that Donald Trump is going to be the president past September. Cardi B should make her voice matter in the coming election if she wants Trump gone.

Meghan Markle Left the UK: She Flew to Canada Without Prince Harry!