BBC – 12/30/2019: In what is not a natural state of affairs, Russian President Vladimir Putin decided to thank the 45th US President, Mr. Donald Trump, publicly. The reason is the US President provided his Russian counterpart with intelligence that aided in preventing a terrorist attack on Russian soil.

The two presidents spoke via telephone on Sunday. The news was launched by Kremlin officials, who stated that the mentioned information came though intelligence services. They didn’t fill in on the details. Almost all of the Russian media are reporting on a prevented terrorist attack that was planned in St. Petersburg during the New Year celebrations. 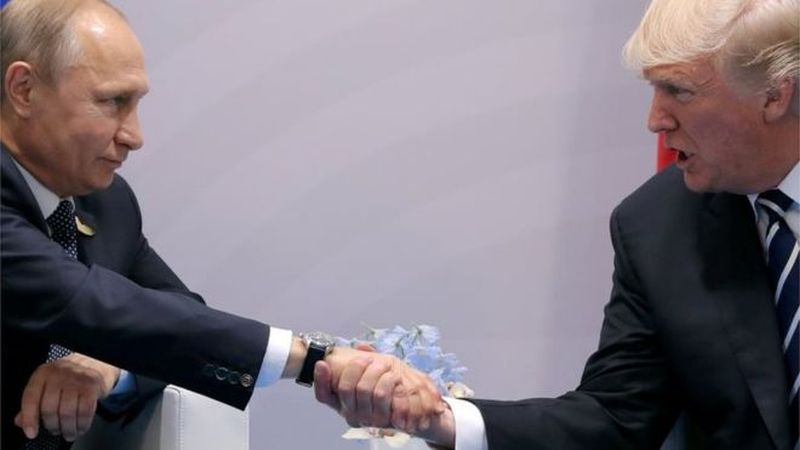 According to Tass News, there have been arrests based on the intelligence provided by Donald Trump. Two Russian nationalists were arrested in St. Petersburg. They planned to attack people gathered for the mass. The Russian intelligence agency, FSB, provided this info.

The cooperation between two presidents surprised many, but the two of them hear on the phone quite often. It has been a frequent occurrence since Donald Trump took office. The public records on the conversation say that their primary subjects were those of Syria, North Korea, nuclear agreements, and trade.

This situation was not the first time Putin thanked Trump. In 2017 Mr. Putin also praised President Trump when another terrorist act was prevented thanks to a warning from the US intelligence services. Same as today, the terrorists were planning an attack on St Petersburg, according to White House officials.

During their calls, President Vladimir Putin promised on more than one occasion that Russia will provide the United States with intelligence about planned terrorist attacks on its soil.

Despite all of this and the political standoff between Russia and the US, the two presidents seem to be on good terms and are working on the war against terrorism.