President Joe Biden,78, got his booster shot of Pfizer-BioNTech on Monday to encourage fellow Americans to get vaccinated. The first lady Jill Biden,70, followed her husband’s footsteps and got her third shot later that day.

Before getting the vaccine, President Biden held a brief speech about the significance of boosters. “The most important thing we need to do is get more people vaccinated”, Biden said adding that people who refuse to get a shot are “causing an awful lot of damage for the rest of the country”.

There is still 23% of Americans who didn’t receive the first vaccine. The vast majority of people over 65 are vaccinated. Just last week the Center for Disease Control issued a recommendation for seniors, and people between 50 and 65 years of age with underlying conditions, to get a booster. “I know it doesn’t look like it, but I am over 65,” Biden said. “And that’s why I am getting my booster today”.

Biden received his first shot in December of last year, and his second shot in January of 2022. The recommendation is that the third shot should be received six months after the second one. The first lady tried to encourage medical staff, teachers, and grocery clerks, to get their third shots.

The unusual process of approval

Public vaccination of the President and the First Lady was held in an attempt to sway the public’s suspicions after a very controversial approval process of the booster vaccine. A month ago, high medical officials were giving statements that the third shot will be administered at the end of September. At the time, Food and Drug Administration, and CDC were still reviewing the data from Pfizer. 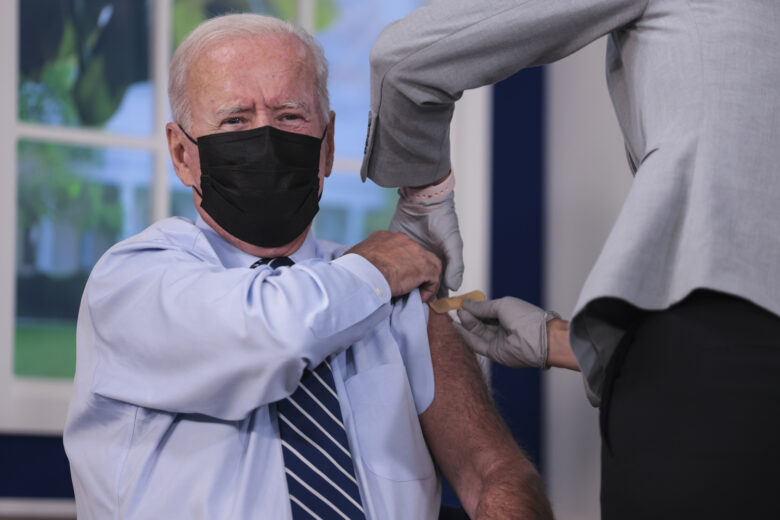 To ease the people’s minds, the scientists justified their claims by saying that the conclusion was clear based on the data from Israel and the UK. In those two countries, the majority of the population is vaccinated, by the number of infected keeps going up. So, the only logical finding would be that the effects of the vaccine are dwindling. Further, medical officials claim that the American people are eager to get ahold of the third dose, so there was a certain feeling of urgency to get the vaccines as soon as possible. 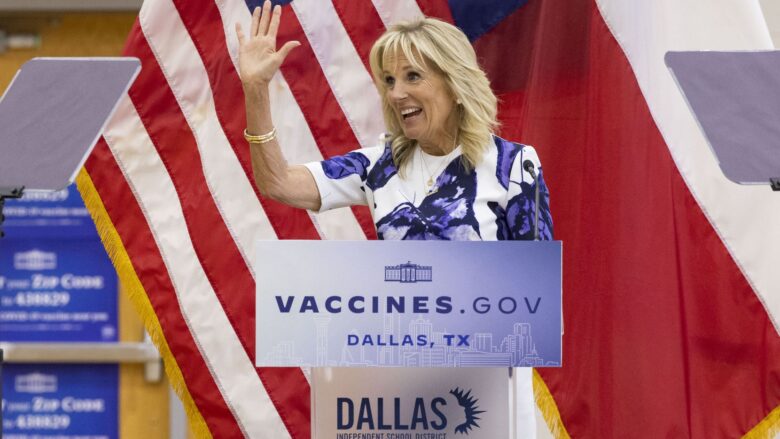 The final goal, as Biden said, is for all Americans to get all three vaccines. Pfizer already distributed 2 million shots to the elderly. Moderna and Johnson&Johnson are struggling to get quick approval. President expressed optimism regarding the process for those two companies.

Senate Minority Leader Mitch McConnell, 79, also called for unvaccinated to get a shot, all three for now. For him, he said, “it was an easy decision”, given that the senator is a polio survivor. President Biden will continue to urge people and bring awareness about the importance of vaccination. Later this week, the president is going to Chicago to make a push for big businesses to require vaccines for their workers.