Yes, there’s no joking with Donald Trump, and all of us know what he’s capable of, especially regarding his claims and promises. Meghan Markle could be on the hot seat before she even sat. As we understand his claim to the US throne would be back on schedule only if his adversary was a famous actress and former duchess Meghan Markle. The claims that Markle is in the running for the presidency are only rumors at this point, but former POTUS responded nonetheless. The real estate mogul was adamant that if this was the situation in the future he would run without a fault.

Trump hasn’t still exited his post and is already thinking about 2024 and his possible adversary. It would be mad fun to see the debates between Markle and Trump, as the two already had heated exchanges in the past. We could say that the fires of the future rivalry are already burning as we also have unconfirmed reports that Markle did in fact met with the representatives of the democrat party to discuss the possibility of her being the candidate in three years’ time. 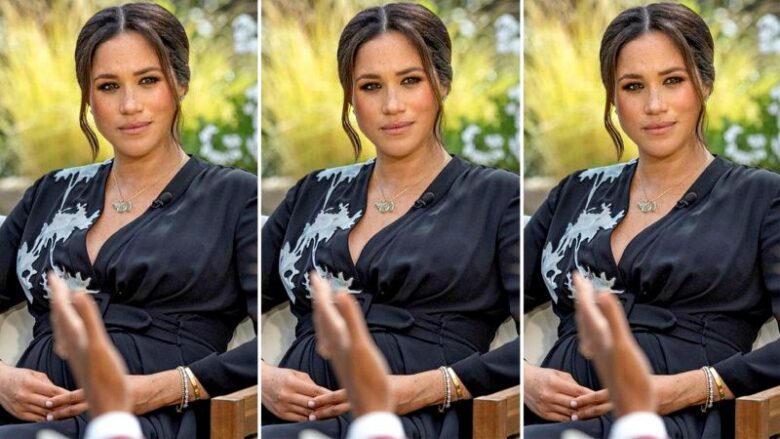 Donald Trump was bemused at hearing this news reinstating his desire to be the Republican candidate if Markle is on the other side. Of course, we have a feeling and the former president isn’t shy of mentioning the fact that he wants to be the runner for this prestigious post regardless of his opponents. But, the fire burns stronger with Trump when we mention Meghan in the conversation.

It is no secret that the two are not friends and Donald said more than once that he’s not a fan of her’s. Former POTUS wasn’t holding back when speaking about the breakup between Markle her husband and the Queen, strongly siding with the Queen on all matters regarding the crisis the Royal family went through in the last few months. It’s no wonder Trump is once again talking about this as the rumors of Markle being a potential candidate are growing stronger each day. This news was even confirmed by a British political figure who stands tall in the UK hierarchy. The rumors about this happening are not new and have been around for a while now, and 2024 seems like an areal possibility.

Last year, during an interview with Vanity Fair, a source close to the former duchess confirmed that she wouldn’t be against the idea of going into politics, and be in the run for the presidency. This desire was backed up by the fact that she did not renounce her US citizenship when she entered the Royal family. Her stay with the Royals wasn’t too pleased with her claiming that some members of the family had racist views, which was announced publicly by her on Oprah Winfrey’s show. Statements as this one that came from her in recent times have prompted Donald Trump to start talking to her once again. 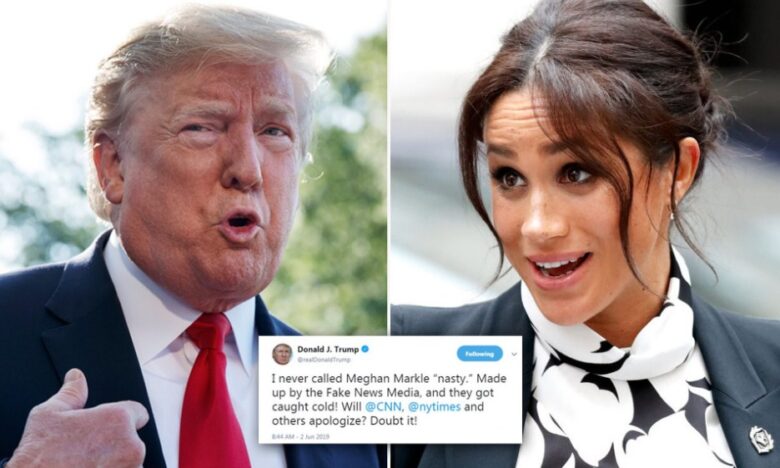 While Trump won’t be holding back regarding her for sure, it would seem that the Royal family didn’t do anything better. In a string statement that came from her in recent weeks, she also mentioned that she had thoughts about the suicide because the Royal family was valuing her too little and did nothing to protect her. Meghan Markle went as far as to claim that she was denied the request to have mental-health support within the family which is quite unforgivable whether you’re a member of the Royal family or an average Joe.

It would seem that Trump’s desire to run precisely against Markle lies in the fact that he believes she’s an easy opponent to beat. This would seem like an overstatement considering he couldn’t even beat Joe Biden. But, regardless of this, people close to former president Trump claim that he sees her as “no good.” According to the same source, this is not a view that only Donald Trump shares but also many people in the Democrat block see it. The animosity between the two of them dates back to the last elections when Markle states that she would move to Canada if Trump was elected president. At the same time, former POTUS called her “nasty.”