“Unforgiven” is unforgettable. The iconic western revolutionized the way films of this genre are perceived and put them on the map as serious contenders for respectable movie awards. Filming”Unforgiven” was unique in so many ways, so let’s see what exactly happened behind the scenes back in 1992.

The script has been floating around for 15 years before Clint Eastwood got ahold of it. After Francis Ford Coppola’s right to the script expired in 1985 it ended up with Eastwood. His manager told him not to waste time reading it since it’s bound to be a major flop. Thankfully, Eastwood didn’t take his advice, read the script, and loved everything about it. The only thing that was changed was that Eastwood put in the intro text instead of the voiceover. 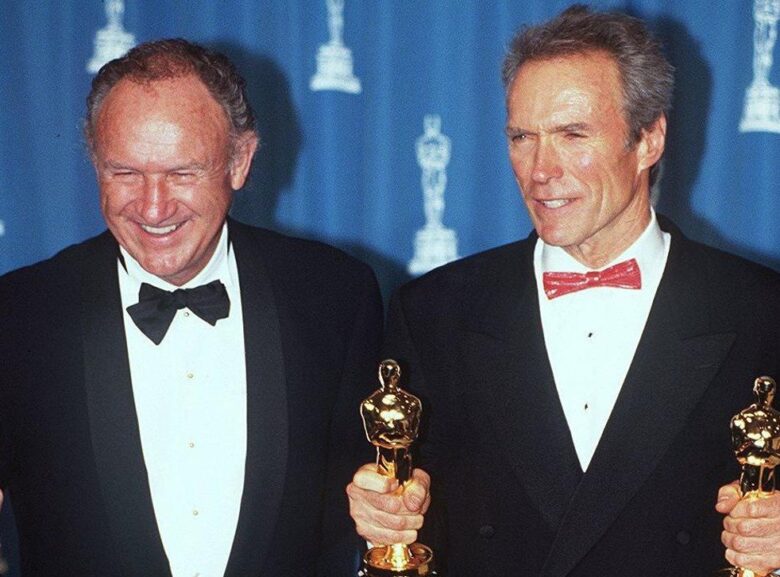 “Unforgiven” won 4 Academy Awards: Best Picture and Best Director – Clint Eastwood, Best Supporting Actor – Gene Hackman, and Best Film Editing – Joel Cox. Eastwood lost the Best Actor Award to Al Pacino for his role in “Scent of a Woman”. The movie was the third western ever to win the Best Picture Award. Afterward came “Dances with Wolves”, with the last one being “No country for old men”. Winning also refuted Eastwood’s famous statement about why he would never be running for Oscars: “First, I’m not Jewish. Secondly, I make too much money. Thirdly, and most importantly, because I don’t give a f***”.

The movie was recognized by an American Film Institute that put it on number 4 out of 10 best western movies, and by the United States National Film Registry of the Library of Congress that considered “Unforgiven” to be “culturally, historically, or aesthetically significant”.

The rain was fake, but the snow was real. This was the first time Clint Eastwood filmed in Canada due to the strict workers’ laws imposed by the Canadian government that prevented the majority of the filming crew to work. Finally, Canada approved the waiver for Eastwood and the shooting started in Calgary. At the time there was a long drought so the rain had to be specially created, while the snow was not predicted to part of the scenery, the director worked around it to fit it in with the story.

Construction of the set and filming took only 71 days in total. The Big Whiskey was put up in just 32 days by the production designer Henry Bumstead. During the construction, actors worked on their stunts, especially the ones involving horseriding. The whole movie was shot four days ahead of schedule, in only 39 days which means that many scenes had only one take. To avoid bloopers, the director banned all vehicles from the set.

“Unforgiven” ended up being an anti-gun violence movie, by accident. Gene Hackman was very worried that the film would end up glorifying violence, to which Clint Eastwood assured him that it was not their intention at all. It was a complete fib, but deliberately or not, the movie ended up being an anti-gun violence western as the by-product of the original storyline.

The character Corky Corcoran is the name of a cameraman that was filming a promotional spot for another Clint Eastwood movie. During a break on the set, Clint Eastwood asked about the cameraman’s name. When he said it was Corky Corcoran, Clint burst out laughing and didn’t believe him. Clint said that it was a hell of a name. 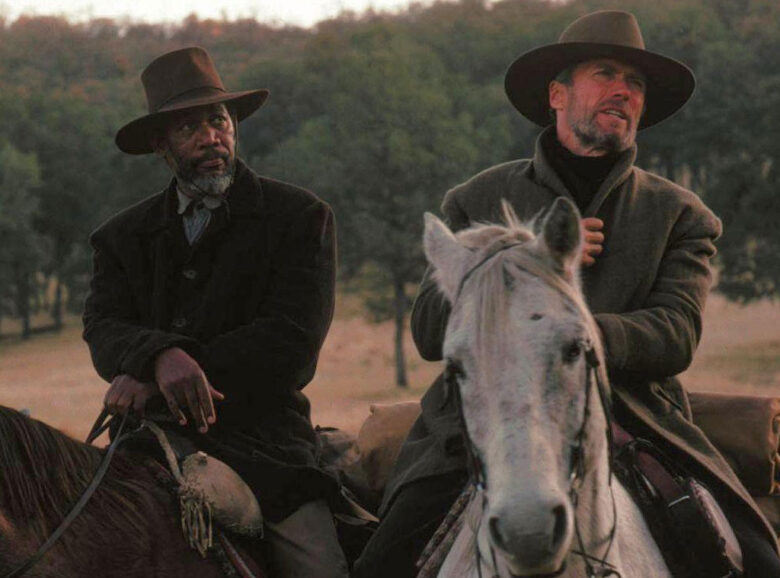 Morgan Freeman was hyped up about getting the role of Ned Logan. He first heard of the movie from Kevin Costner on the set of Robin Hood and decided to ask Clint Eastwood about the role. He got it right away, no questions asked, no audition, not even reading one sentence from the script.

The windmill and the train were not props. The windmill is a fully operating mill, pumping water even to this day in Antioch, California. The train scenes were filmed on real 19th-century rail tracks. It’s unknown whether or not they still stand today.

And to wrap it up, did you ever notice that “Unforgiven” and “High Plains Drifter” open and close at the same time of day, the same location and camera angle?