Trump States That Coronavirus Pandemic Will Last Until Summer

CBS NEWS – 03/19/2020: The news isn’t good. Coronavirus could last for another couple of months. This is at least what President Donald Trump claims. The virus is quickly spreading across the United States, and POTUS believes it could still be active in July or even August.

The first wave of the COVID-19 is behind us, but the worst is still yet to come. Mr. Trump stated that there would be additional measures, added to the one we already have, in order to better cope with this crisis. 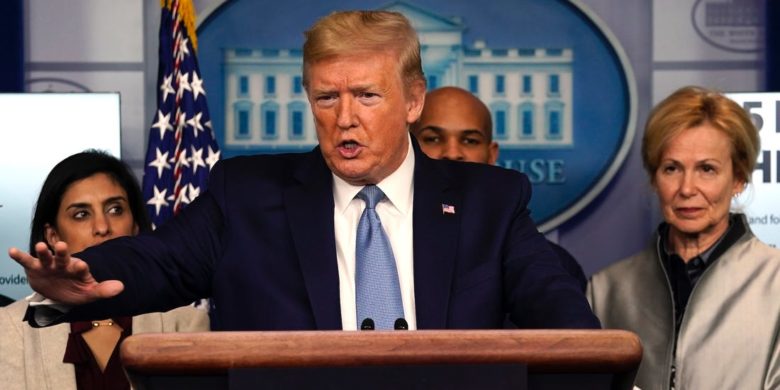 During the Monday press conference, POTUS stated: “They think August, it could be July. It could be longer than that. But I’ve asked that question many, many times.” The President was talking about the opinion that his task force assigned to coronavirus has.

Read Also: The Man Who Is Most Afraid of Coronavirus is Donald Trump!

Furthermore, Donald Trump talked about the economic influence that this virus has. Coronavirus will harm the US economy, and Mr. Trump is warning the US citizens about this. Recession is a real possibility at this moment. The new measures that POTUS installed have the goal to slow down the progress of COVID-19, and they will be first introduced in areas that were most significantly hit by this pandemic.

Mr. President took his time to talk about what life will look for Americans in the coming weeks and potentially months. POTUS stated that the best course to take would be to avoid crowds and groups larger than ten people. Travel is also not recommended. What trump wants to achieve is described in his following sentence: “We’d much rather be ahead of the curve than behind it, and that’s what we are.”

Anthony Fauci, an immunologist at National Institutes of Health of the United States, added: “I think the question that, maybe John asked, ‘until July’ — the guidelines are a 15-day trial guideline to be reconsidering. It isn’t that these guidelines are going to be in effect until July. What the President was saying was that the trajectory of the outbreak may go until then. Make sure that we don’t think that these are solid in stone until July.”

Can You Guess Who Would be The President if Elections Aren’t Held?