EXPRESS – 04/09/2020: Donald Trump obviously needs to turn his mind away from the ongoing coronavirus crisis. But, he went too far and set his sights on the moon.

White House released a set of documents that show us that Trump isn’t focused only on the COVID-19 pandemic. POTUS signed an executive order that allows the US to mine the moon for resources. 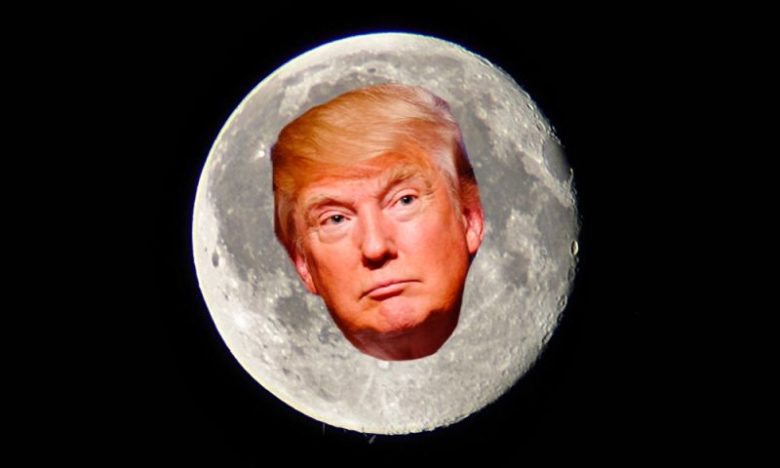 The new document recently signed by President Trump stands on the opposite side of the 1979 Moon Treaty, which was a global agreement. The old treaty states that all activity in outer space will be conducted with respect to international law.

The lines from the new text state: “Americans should have the right to engage in commercial exploration, recovery, and use of resources in outer space. Outer space is a legally and physically unique domain of human activity, and the United States does not view it as a global commons.”

This stance is identical to that which Trump administration has on domestic mining. Environment activists do not support Trump’s ideas regarding domestic drilling as he dropped back on various environmental protections that were in power before his changes.

In recent months of Trump’s presidency, we saw his increased interest in space exploration. Last year, in December, he formed a new branch of US military named Space Force. At that time, POTUS said: “Space is the world’s new war-fighting domain.”

Russian version of NASA is called Roscosmos, and they too, were angered by Trump’s actions. They believe that Donald Trump is trying to create a basis for further space colonization. In their official statement, they said: “Attempts to expropriate outer space, and aggressive plans to actually seize territories of other planets hardly set the countries (on course for) fruitful cooperation.”

Is Crypto Mining Still a Viable Option to Make Money?