EXPRESS – 01/03/2020: Both Donald and his wife Melania Trump are often under the spotlight, and critics are usually directed towards them. This time the first lady was critiqued for her facial expression during appearances with her husband, the President. She often has a stern look on her face, and people started wondering why is that? One expert believes he has the answer.

Now, what’s surprising about the situation is that Melania smiles a lot when she is doing what she likes. When attending her Be Best initiative, she is always seen with a broad smile. But, when in the company of POTUS she seems angry. According to CNN reporter Kate Bennett, this all has to do with her heritage. As you know, the first lady is of Slovenian descent. 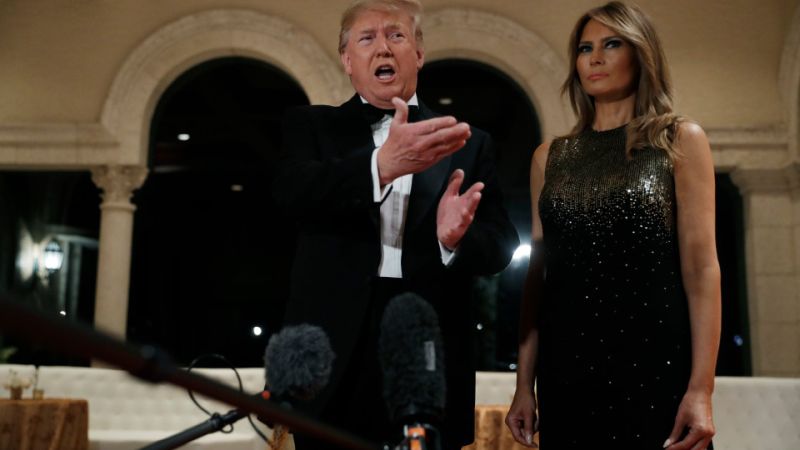 In her home country, Slovenia, people don’t do non-genuine smiles. It is not in their nature. Melania is only doing what is implemented in her during her growing up in Slovenia.

Ms. Bennett is the author of the book Free Melania, so she knows what she’s talking about. Smiling just for smiling is not something Melania would do, according to Bennett. She was never faking her smile. Not during the campaign, not even when she became the first lady.

Most people believe that there is something wrong with Melania Trump and that she has some anger issues. In most of her appearances next to the President, on his official duties, she keeps a serious demeanor. People who see her like this don’t understand her Slovenian roots. This is no wonder as she is the first lady to be born abroad in recent memory.

While she is sometimes seen smiling in the company of her husband, it is because she feels like it. She will always do what she feels like regarding her mood. If she feels like it, she will smile, but if not, there will be a stern look on her face. What you won’t see is a non-genuine smile.

That’s just not in her nature.