The Rumors About Meghan Markle Being Pregnant Again

In the past few weeks, there were a lot of rumors that Duchess Meghan Markle might be pregnant again. The audience made these conclusions because of some of Meghan’s gestures at her last appearance in public. She and her husband Prince Harry are parents for only six months, so it would be a surprise that baby Archie will already get a sister or brother.

Her last appearance was at the Festival of Remembrance on November 9 at Royal Albert Hall. She was wearing a black dress with a red flower as a decoration, and the look of the dress gave us the look like she might be pregnant again. Also, she was holding her hand over her belly during the event, which she already was doing during her first pregnancy. 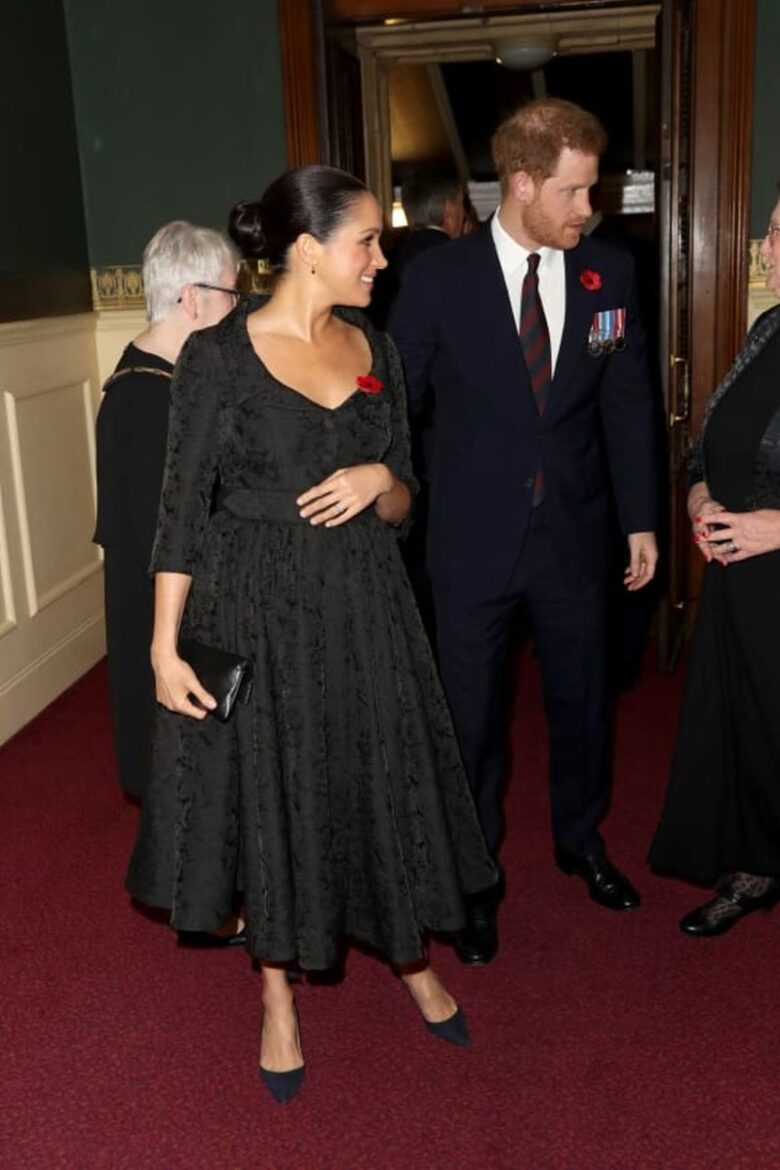 Furthermore, Meghan is wearing a mostly wider dresser lately, which also gave us thought of her pregnancy. During some event on November 7th, she was wearing a wider blue dress, and she was also holding her hand over her stomach.

Even Prince Harry was looking suspicious because he was very interested in conversations about having children, and a second child as well. Since we don`t have any official announcement, we can only wait from the royal family to share the possible happy news with us.

Meghan heading into the venue! The Duke & Duchess have arrived joining the Queen and members of the royal family for the annual Royal Festival of Remembrance at the Royal Albert Hall. . . It is an annual event put on by the Royal British Legion as part of their poppy appeal. It commemorates those who lost their lives in service of their country. It takes place on the eve of Remembrance Sunday. . . Note: It is not a live show, it will broadcasted later tonight at 9pm on BBC One. . . #meghanmarkle #duchessofsussex #royalfamily #britishroyals #royals #princeharry #theroyalfamily

What the Most Expensive SUV in the World Looks like

Jack Dorsey – the Founder of Twitter Eats Only Once a Day!