Bad news people! Dwayne The Rock Johnson has made a final decision regarding his role in the fast&Furious franchise. He will no longer be a part of it. Former wrestler took this franchise onto the next level but he will not appear in any of the future films.

Johnson first starred in the role of Luke Hobbs way back in 2011 in the Fast Five installment. He was a nemesis for Vin Diesel’s character Dominic Toretto, as it was his job to capture him as a member of the Diplomatic Security Service where he was employed as a bounty hunter. Fast Five did amazing at the box office which was mostly due to the addition of another blockbuster superstar.

After making a great impression in F5, he continued his role in the movies that followed. With each film, his role increased and did an amazing job in Fast and Furious 6, Furious 7, and The Fate of The Furious. His on-screen chemistry with Jason Statham was evident and the two later collaborated on a spin-off movie titled Hobbs & Shaw. Making a standalone film, set in the same universe didn’t bode well with some of the other stars, especially with Tyrese Gibson. 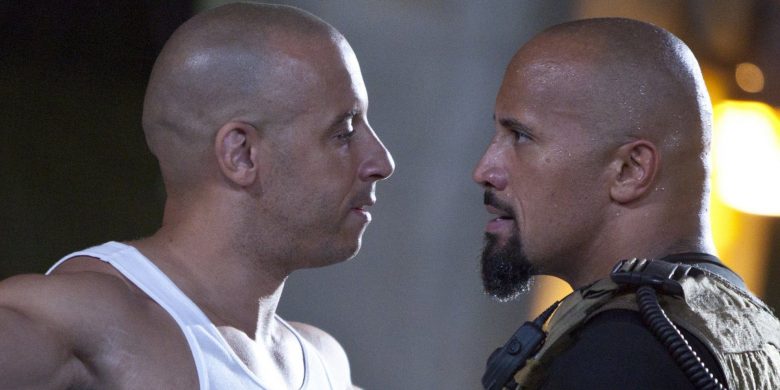 With everything that transpired between some of the stars of this franchise, and particularly between Diesel and Johnson we can say that the two men have been going at it for over a decade now. It is a wonder that they even did four films, considering that the feud started with the first one. Johnson performed up to the standards he set for himself, while Diesel claimed he took things on another level only because of his ‘tough love’ treatment.

The wounds that were opened back in 2011 still aren’t healed, and Johnson is still asked to comment on the subject. During an interview he had this week, the Jumanji star said: “I laughed and I laughed hard. I think everyone had a laugh at that. And I’ll leave it at that. And that I’ve wished them well. I wish them well on Fast 9. And I wish them the best of luck on Fast 10 and Fast 11 and the rest of the Fast & Furious movies they do that will be without me.”

As far as the spin-offs go, we are not sure what stance did Johnson took. After all, Hobbs&Shaw was a massive box office success, and it would be a shame to leave it only on one movie. Besides, Johnson is known for taking advantage of every opportunity, and missing out on this one would be hard for him.

If you remember, he didn’t hold back in 2016 when it was the right time on his accordance to criticize his colleagues: “Some conduct themselves as stand-up men and true professionals, while others don’t. The ones that don’t are too chicken s*** to do anything about it anyway. Candy asses. When you watch this movie next April and it seems like I’m not acting in some of these scenes and my blood is legit boiling – you’re right.”

This sting was off course aimed at Diesel, who was often a critic of his colleagues but was himself late to shoots. If Johnson is no longer interested in appearing in the F&F franchise, maybe we can finally put an end to this feud. Or, who knows?