Ivanka Trump and her husband Jared Kushner were loyal aides to Donald Trump during his term in the White House. Once the 45th US President lost the election they were out, and not much has been heard from them since. This is no surprise as their appointment in the first place was an act of nepotism.

Before leaving their posts in the WH, Ivanka managed to make a controversial statement on Twitter in the mannerism of her father. One of her last tweets as the White House aide was about the Capitol riots that occurred on January 6th. In that tweet, she called the vandals and terrorists that attacked a precious American institution “patriots.” 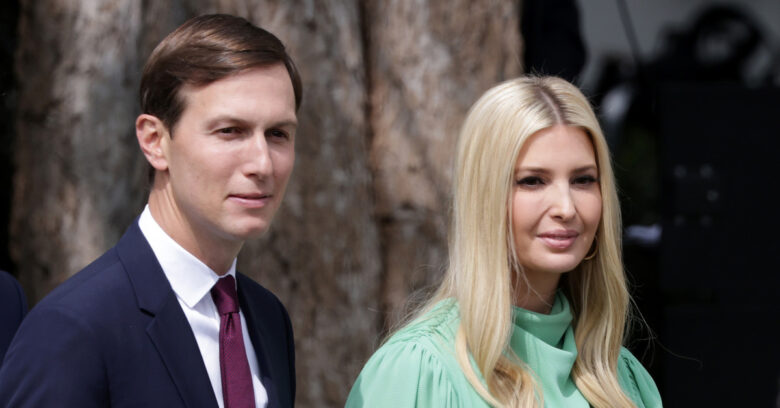 Unlike her father, Ivanka quickly backtracked on her original statement and wrote this on Twitter: “Peaceful protest is patriotic. Violence is unacceptable and must be condemned in the strongest terms.” But it took her another day to fully redeem herself, and take people’s attention from the original tweet: “This moment calls for healing and reconciliation. We must revitalize the sacred bonds that bind us together as one national family.”

While the whole country was in distress due to the situation that transpired on national television, Jared Kushner and Ivanka Trump were quick to move on from what happened and continue with their lives. Their decision might seem normal to some, but to most people, given the circumstances, it would be awkward. Those who know Jared and Ivanka claim it was something usual from the couple.

So, what would be your opinion if we tell you that the First Daughter and her husband throw a party dinner at their home located in Washington D.C. The worst part is that most of their guests were highly touted White House officials close to the Trump administration. According to Vanity Fair, it was a party in a true sense of the world, with champagne, canapes, and the rest of the following appetizers.

No. Peaceful protest is patriotic. Violence is unacceptable and must be condemned in the strongest terms. https://t.co/GwngZTqzTH

ABC News correspondent Jonathan Karl, who wrote a book titled Betrayal: The Final Act Of The Trump Show described the events that took place at the dinner. This is what he told: “One of those who attended the dinner told me the conversation centered on the idea of creating a new think tank to promote free-market economics in a way that would appeal to Democrats.”

Can you believe that on the day before the dinner, an open attack on Capitol happened thanks to Donald Trump, not a word was uttered about it? It was apparent that Ivanka and Jared wanted to keep attention away from it, but their move was too rushed. Now that Trump is out of office, and preparing for the attack on the 2024 election, little is known about what his daughter and son-in-law plan for their future. In a case that Donald manages to mount a return to the White House, we’re sure these two would love another free ride on high positions they haven’t deserved with their actions. But, their relationship with Donald Trump might be damaged, so we’ll see what the future holds for these members of the Trump family.