When it comes to Donald Trump, the man believes the world is spinning around him. So, it’s no wonder he claims that Ron DeSantis was made into a star by him, and even wants to be appreciated for it. This makes the ex-POTUS unhappy; the fact that Ron isn’t appreciating him enough. When it comes to the 45th US President he believes no one is on his side enough after all he’s done for this country.

But, this time around Trump isn’t going all out on the whole country. This time it’s only about Ron DeSantis. Ron has gained some popularity, we can’t argue that. Not even Donald is arguing it. It’s just that he wants some of his popularity too. DeSantis should be thanking and heaping praise on Trump all the time. He isn’t doing it and Donald is nowhere happy. 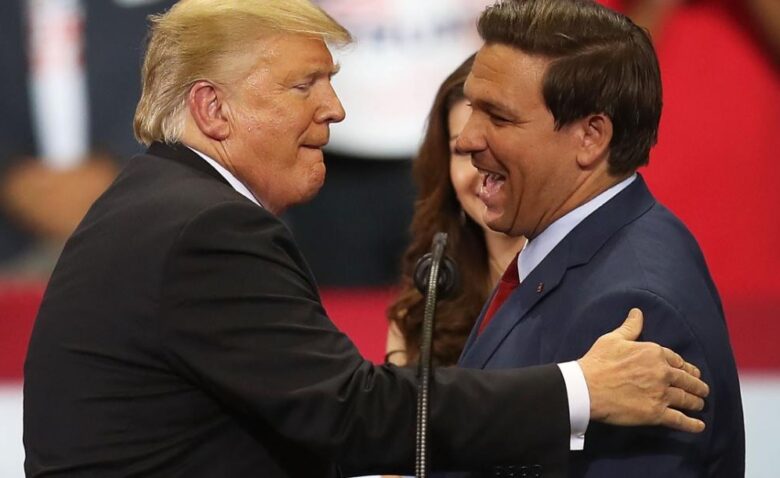 Of course, the reason why Donald has Ron in his sight is the fact he’s one popular Republican at the moment. The governor of Florida is doing a decent job, and Trump sees him as a rising star in the party. The only way he can tolerate it is if he’s being credited for the named fact. No other way around it. Furthermore, some sources claim that Ron could run for the presidency in 2024. This idea doesn’t bode well with Trump, who wants the rumors shut down. And he wants them shut by DeSantis himself.

Donald wants to be the undisputed champion of GOP, but at the moment he isn’t one, and Ron isn’t making things easier for him. The fact is that not even trump made his bid official. Nonetheless, he wants other potential candidates to shut down their still unannounced bids. It is an interesting way of thinking by Trump; a childlike as we are used to him. What Trump doesn’t see, is that there’s no reason for Ron to talk about the 2024 presidential election. He first needs to secure another mandate in Florida which is on schedule for 2022. Once this job is done, he can look further. But, Donald is already impatient. This isn’t good neither for him nor for the GOP. 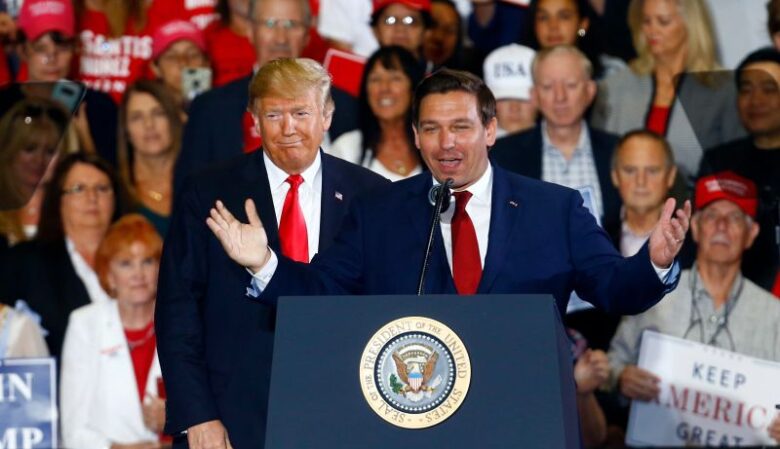 Sources close to the two men claim that DeSantis already told Trump that he isn’t in the run for GOP’s primary. But, Trump wants to be safe and sound, so he needs a public admission of Ron’s intentions. So far there was no official announcement on his part regarding the 2024 presidential election. In an interview with CNN, one former aide of Trump talked about the situation between the two Republicans. This is how he sees the matter: “I don’t think Trump appreciates the conundrum DeSantis is in. He wants him to say, ‘I won’t run,’ but DeSantis isn’t going to weigh in like that.”

On one hand, Trump did have an influence on Ron DeSantis’s political rise. But, he can’t take all the credit. Ron has done well for both himself and the Republican party. So, while he might be grateful for Trump’s help, there’s no reason to go to lengths about it. At the moment he holds a higher position than Trump and he can’t go around holding Donald’s skirt. Besides, why would he put a halt to his presidential nomination, when Donald still hasn’t made his official. All in due time Mr. former president. Don’t rush things and pressure people, you might need their support and help down the road. After all, you’re in no position to demand anything from anyone. Not yet.

Twitter Boss Should Have Known Better and Listened to Prince Harry