‘Sleep With Donald Trump’ Was a Real Game During 90’s

SNOPES – 01/31/2020: Donald Trump wasn’t always the President of the United States. But, he was still somehow famous as someone who is a billionaire. One thing could be taken as proof of his popularity back in the days. During the nineties, there was a game called ‘Sleep with Donald Trump.’ The game was run by Playgirl magazine.

During the nineties, Donald Trump certainly wasn’t world-famous as he is today. But by some measure, he was a celebrity in America. The worldwide appeal came after a couple of books, TV shows, and eventually, the presidency. 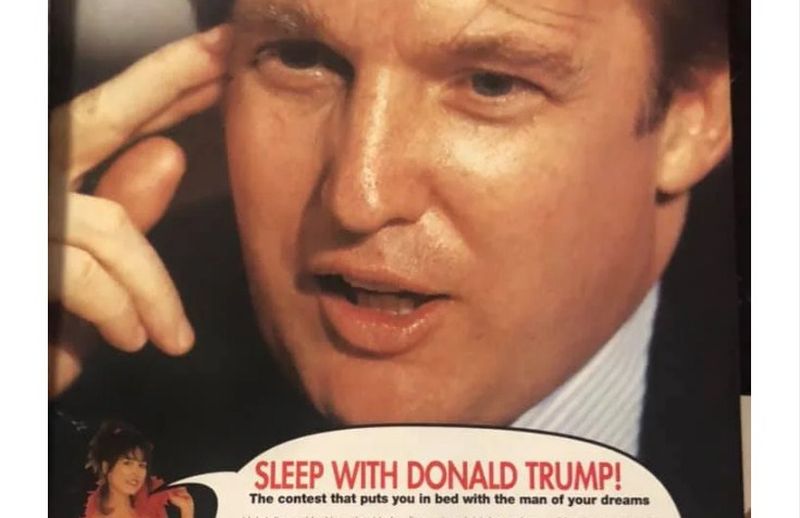 His rise to popularity started nearly 30 years ago. The first time the broad public started hearing his name was during his divorce with former wife, Ivana Trump. All tabloids in America wrote about their split. Calling their divorce messy would be an understatement, but after all punches and accusations, they settled in court. Ivana received a sum that is in the region from $14 million to $25 million.

A magazine called Playgirl, which tried to be Playboy for girls, tried to run an exciting game. In one of their editions during the nineties, they had a section dedicated to a game called ‘Sleep with Donald Trump.’

The magazine offered a way to bring Donald, a man of every girl’s dream, from dreams to their beds. At the time, Playgirl called Trump: Rich, single, and available.

Donald was available to all girls though this contest as it was not about a man but a PR stunt paid by Trump himself or by one of his publishers. All to promote his book. The prize you could win was not a night with the famous billionaire. It was a pillow with Donald Trump’s face on it.

We can’t tell how many girls participated, and how many of them managed to get their hands on this pillow. Considering how much Trump’s popularity skyrocketed in recent years, maybe it’s worth a fortune.

Milla Jovovich Is Close to Her Due Date