GLOBAL NEWS – 01/31/2020: Jim Carrey has an interesting hobby. He is a painter. Most of Carrey’s photos in the past year were pictures of the 45th President of the US, Donald Trump. But, now Ace Ventura actor is turning the page. He will no longer paint Donald Trump.

At the moment, Jim Carrey is promoting his latest movie, Sonic the Hedgehog. During one of his interviews, he talked about paintings of Trump and what they represent. These political and satiric photos were his attempt to criticize POTUS and everything he represents. 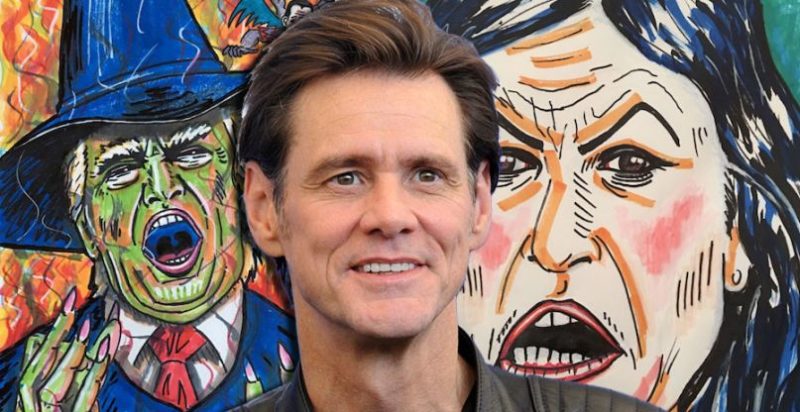 Many things are happening in the life of Bruce the Almighty actor, both in his personal life and in his acting career. Politics was also a big part of 2019 Carrey, but the Liar Liar actors claim that’s behind him. According to his statements, the politics are left behind, and he won’t mention it in 2020.

The actor stated that he had a thing or two to say about President Donald Trump and that he did. He let his art speak, and now that it has, it’s over. The Truman Show actor believes that his voice was heard and that people know his sentiment on Trump administration.

Regarding his political activities, Carrey said that all that is left for him to do is to vote in November. Now, Jim will look to the future, in which there’s no place for the likes of Donald Trump. Carrey even jokingly said that he couldn’t even remember his name.

For those who believe Carrey hates Trump, The Mask actor said that his paintings were never about the hate. The actor stated that he loves people and that he’s opened to a conversation with anyone. It’s about the feeling that politicians and corporations are using us.

Carrey’s last Trump-related piece of art was shared on Twitter on December 22nd.

The Art of Exhibition Installation in Museums and Galleries

Milla Jovovich Is Close to Her Due Date