The singer Sinead O’Connor and fighter Conor McGregor got into a social media feud after the singer called the ultimate fighter a racist. 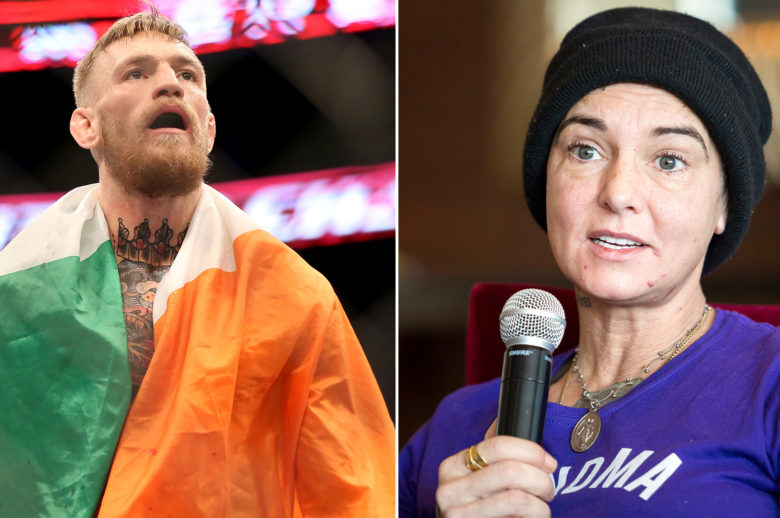 The 53-year-old musician called out McGregor on Twitter this week after he asked Irish natives to apply for farming job vacancies and save the country’s harvest and to prevent officials from calling overseas help during coronavirus pandemic.

“Men and Women, WE ARE HIRING. I need 1,500 laborers ready to work in our amazing food and agriculture industry. Flying in 1,500 people from the outside world, at this point in time, will break the chains of all command”, Irish fighter tweeted. 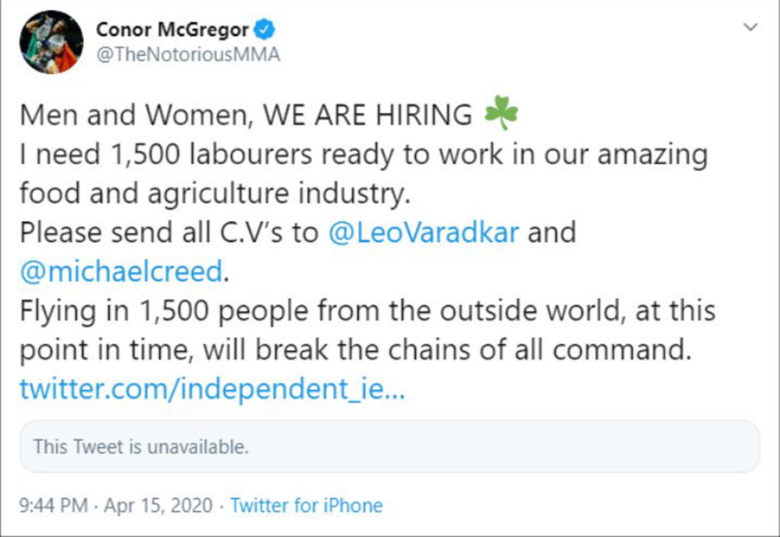 “Are you on something, because you sound like a slave owner more with each passing year. I mean, I love you an all, but like, what the f**k racist s**t you been swallowing (sic)? Where has the real Conor gone? Because I know your mama didn’t raise you to be any kind of racist”, Sinead raged on Twitter. 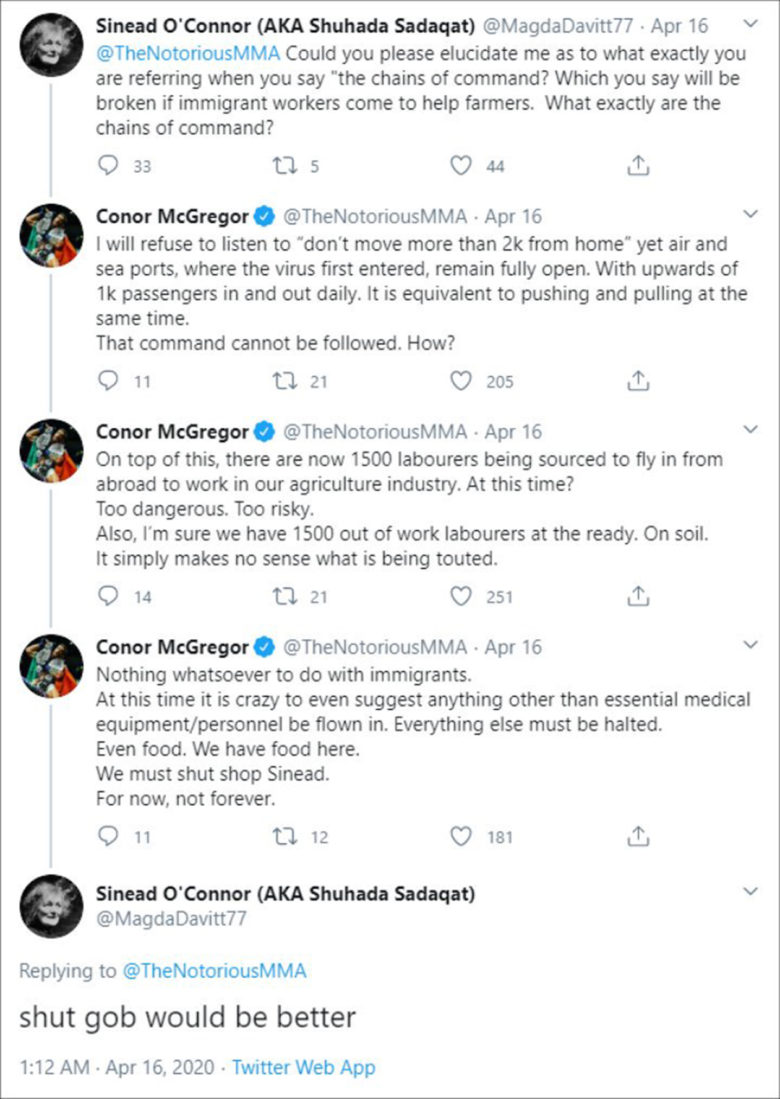 The feud continued soon. McGregor replied and claimed his comments had “nothing whatsoever to do with immigrants”.

“At this time, it is crazy to even suggest anything other than essential medical equipment/personnel be flown in. Everything else must be halted”, the fighter said.

I’m confident that workers being brought in to help farmers is an absolute necessity and would not be happening otherwise. And that all human beings involved are being kept safe. And that fusses being made by previously professed racists are misguided at best.

Sinead O’Connor often supported McGregor in the past, so the feud between them surprised many.

Is this true @Ryanair? @DublinAirport? We cannot go to the funerals of our loved ones yet companies can pay to fly in 100s of workers from abroad.
To pick strawberries.@LeoVaradkar STOP THIS! I’m not doing this to dispute. For the sake of every human being on this island. STOP! https://t.co/MZi1w22FDG

What Will Happen in NFL Now?