Simone Johnson Could be a Prodigy Like Her Father

Like father like son, or should we say daughter? Yes we should . Back in the day Dwayne Johnson was the biggest superstar in the WWE. The Rock moved onto Hollywood some time ago, but his name is s til pronounced with respect in wrestling circles. Yes, he entered the legend. The Attitude Era has his name written in bold letters, alongside fighters such as Stone Cold Steve Austin. But the call of the movie industry was too strong and he moved along. The LA pastures really were greener for him.

But, the Fast&Furious actor didn’t turn back on his previous home. He’s more than often a guest on various WWE shows, and the crowd loves his appearances. He loves to be here too. It doesn’t matter he reached new levels as a movie star that weren’t there while he was wrestling. Dwayne is more than aware that his film career wouldn’t have existed if he didn’t give it all in a wrestling ring. This is probably one of the reasons while he allowed his daughter to enlist as a fighter i the company. 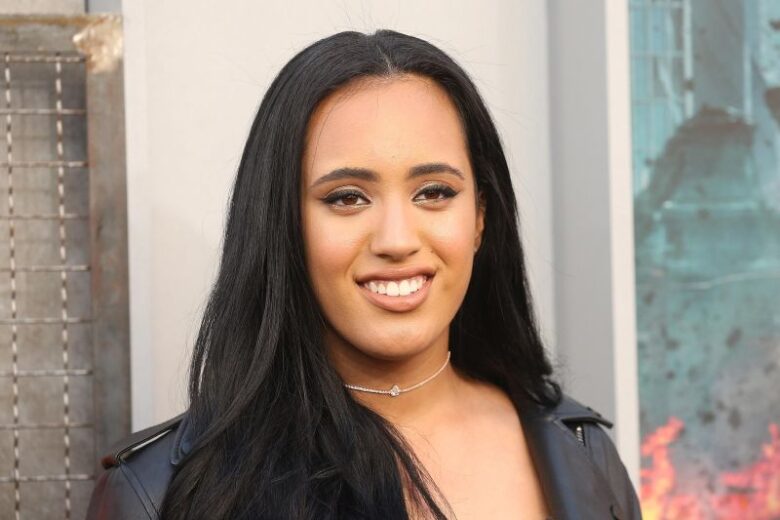 As you probably know, his father was also a Wrestler, and so it is no wonder that his daughter is going down the path her ancestor walked not so long ago. It was only last year that the rumors came our way tat hos daughter Simone Johnson has been seen at the Performance Center and that she’s about to sign a contract.

Of course her first step is to go through the NXT, as t is customary, but she already attracted attention of the head honchos. Even Dave Meltzer reported that she’s a brilliant wrestler, and most people who have seen her are heaping praise on her name. There’s even an internal ranking in the company for squats and Simone is the most improved talent in the entire company. Not too bad for a 19-year old.

These are good news for all members of the Johnson family and their fans as it means that we are closing in on her official debut in the company. At the moment, she is still a development project, but we could also look forward to the day her father comes back, even for a sporadic show. There are hints that this could happen, as there’s an ongoing feud between him and Roman Reigns being dubbed as bloodline feud. There isn’t even a single fan that isn’t looking forward to the due between the two. It could even happened that Simone joins the rings together with her father if she’s ready enough.

The field is set for this to happen, especially if you know that WrestleMania 39 is scheduled to be held in Hollywood. A perfect place fo the most historic duel of all time. When a family fights the whole world watches. We all know that The Rock could make this the biggest show ever. While we wait for even the slimmest chance of this happening, we are also looking forward to Simone eventual WWE debut. It might be just around the corner. After all we all know that every now and then a prodigy comes through the ranks of Johnson family.